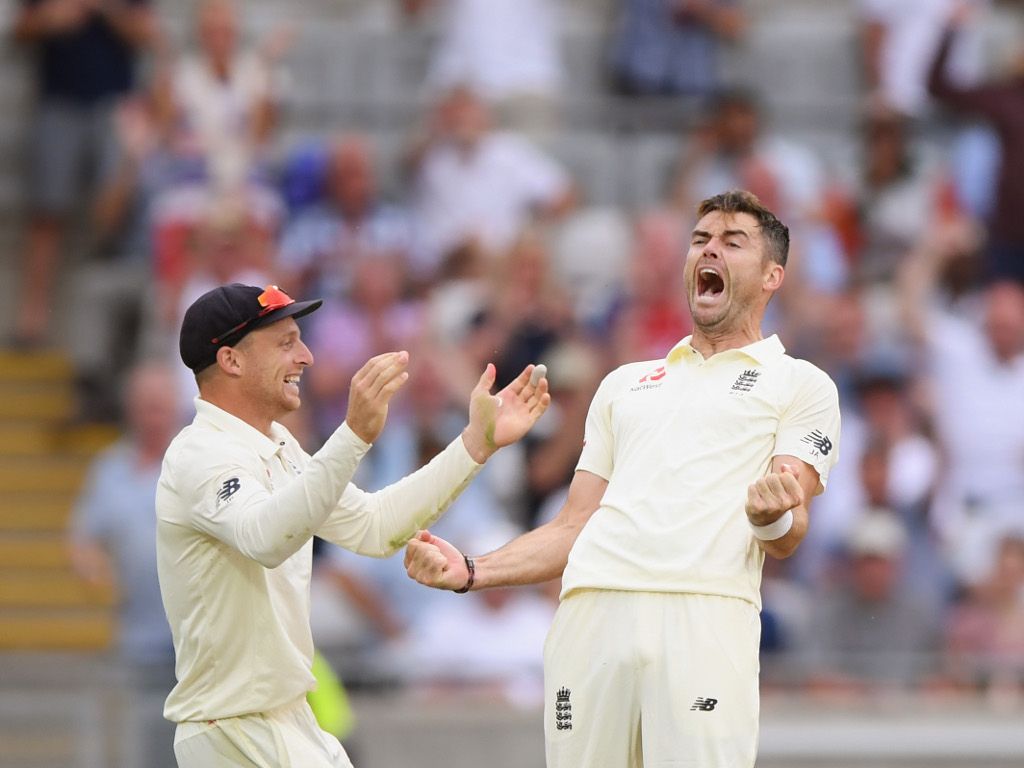 England fast bowler has received a demerit point and fined 15 percent of his match fee, after arguing with umpire Kumar Dharmasena during day two of the fifth and final Test against India at The Oval.

Anderson argued with Dharmasena after an lbw appeal to remove opposition captain Virat Kohli was rejected.

England challenged Dharmasena’s decision with a television review, which also deemed Kohli not out.

Anderson was adjudged to have spoken to the Sri Lankan official in “an aggressive manner”, which invited the sanctions from match referee Andy Pycroft.

No formal hearing was conducted, as Anderson admitted to the offence and accepted the sanctions.

This was his first offence since September 2016’s introduction of the International Cricket Council’s revised Code of Conduct.

Day two in London saw the right-arm seamer snare the key wickets of batsmen Cheteshwar Pujara and Ajinkya Rahane, as the tourists were reduced to 174 for six in reply to England’s first-innings 332 all out.

Anderson is attempting to surpass Australia’s Glenn McGrath as the leading wicket-taker, among seamers, in the longest format of the international game. He currently has 561 to the Australian’s 563. The Englishman is playing his 143rd Test, while McGrath appeared in 124.

The home side arguably justified captain Joe Root’s decision to bat first, on the back of tidy half-centuries from opener Alastair Cook, all-rounder Moeen Ali and the counterattacking Jos Buttler.