Anderson offers update on fitness as he makes Ashes pledge 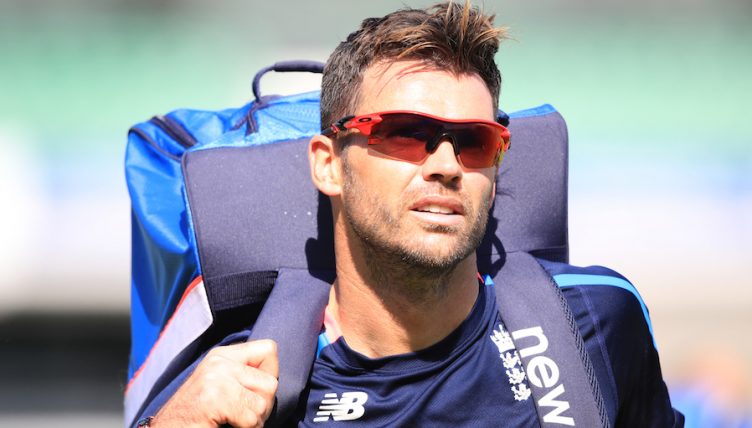 James Anderson believes he will be ready in time for England’s opening Ashes Test against Australia at Edgbaston next month.

England’s all-time leading Test wicket-taker has been considered a doubt for the series opener that begins on August 1 due to the low-grade calf muscle tear he picked up during a County Championship match for Lancashire earlier this month.

The 36-year-old has been included in England’s 16-man pre-Ashes training camp squad, as well as for next week’s four-day Test against Ireland at Lord’s.

Anderson is unsure whether he will be fit for the clash with Ireland, but he is confident he will be ready for the start of the Ashes.

“We meet up on Monday and at the moment I feel good,” Anderson told the BBC.

“I will keep bowling and we will monitor it. If it comes to Wednesday and I’m fit to play then great, but if not I will work towards being fit for the Ashes.”

England will head into the Ashes on the back of winning the ODI World Cup on home soil and Anderson believes the Test team must capitalise on the country’s success in white-ball cricket.

“It’s a really exciting time for English cricket. I think it was an amazing final and the reaction to it has been phenomenal,” Anderson added.

“It’s time to re-focus on to Test cricket. We realise the dangers that the Australian team bring to Test cricket, so we’re going to have to be fully focused on that.”