Home Countries England Anderson: We didn’t cope with the pressure

Anderson: We didn’t cope with the pressure 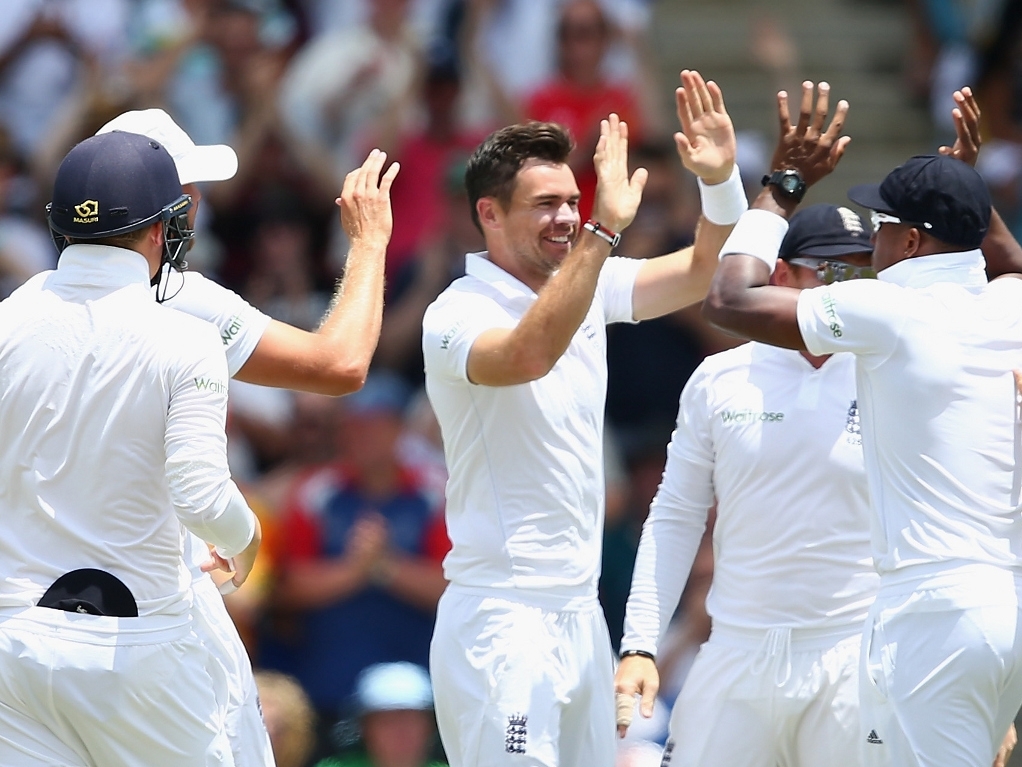 England fast bowler James Anderson was disappointed that the batsmen were unable to take proper advantage of his six wickets on day two in Barbados, as the West Indies took five wickets in the evening.

Day two saw an astonishing 18 wickets fall, with England losing three early to be all out for 257. Then the Windies were skittled for 189, six of those to Anderson, before England were reduced to 39 for five.

England thus go into the third day with a lead of 107, and Anderson hopes the remaining batsmen can get at least 200 for the hosts to chase, which should be a tough ask on a pitch doing all sorts so early on.

Anderson said after stumps on Saturday: "This evening we weren't able to soak up the pressure.

"They put pressure on us and bowled well but we weren't able to soak it up. Tomorrow, our aim is to soak it up and put it back on them.

"I thought we bowled really well after being on the back foot this morning, we managed to get a lead which is obviously what we wanted, then it was a bit of a disappointing evening session for us.

"We've got to try and believe that we can get two guys in and get a partnership, and get a big lead.

"Getting over 200 I think will be a big psychological boost for us and maybe put in the back of their mind a bit of pressure, with them not having got 200 in the first innings.