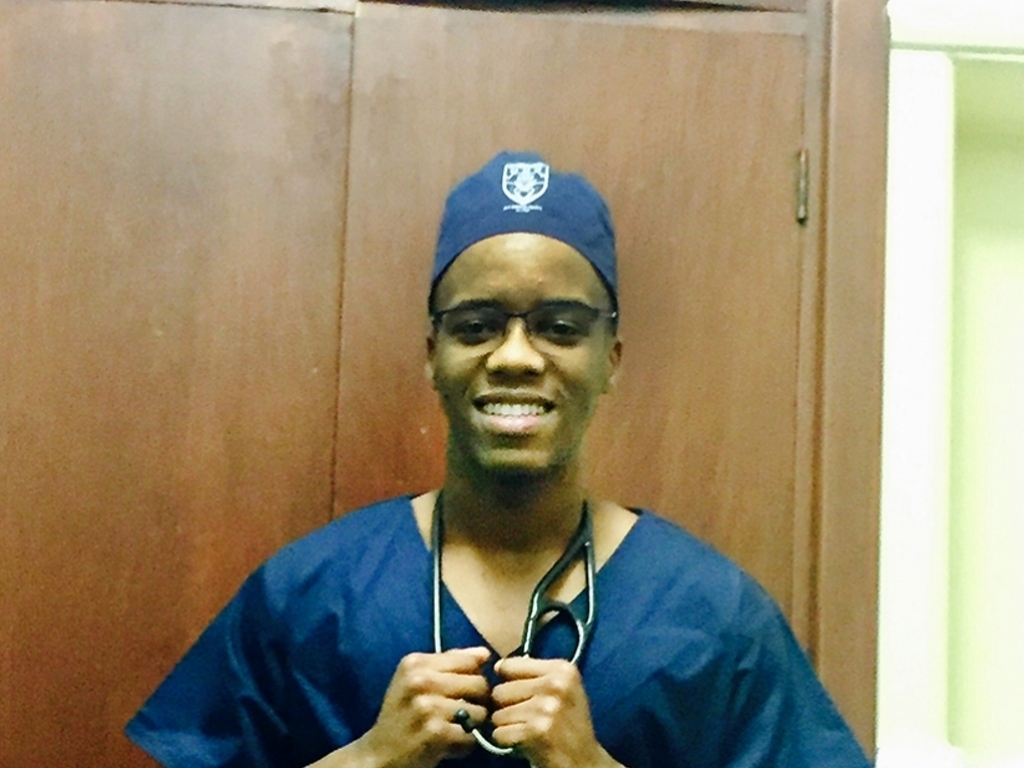 Andile Buthelezi who is currently studying medicine at the University of Cape Town, is not playing cricket this year because he does not have the time with his studies.

He is however full of praise for the sport and in particular the bursary he received in 2012 after the KwaZulu-Natal Sunfoil Township Tournament.

This is how Buthelezi describes the influence cricket has had on his life.

“The Township Tournament Bursary has helped me so much. Without that I don’t think I would be anything at all … it gave me a chance in life.”

Buthelezi was introduced to Sunfoil development cricket when he was in Grade 4 and then eventually went on to play in the annual Sunfoil Township Tournament, where he was selected for a bursary to study at Glenwood High School in 2012.

He matriculated in 2015 and took a gap year in 2016 before enrolling at UCT to study medicine this year.

He is, however, planning on giving something back so other youngsters are able to derive some of the advantages he enjoyed from his cricket bursary.

“I am starting a bursary fund for under-privileged kids to be able to study. It is early days and we are still finding funding for it, but I hope to approach companies and I have already spoken to some people here at the university.

“I had no way of funding my tertiary education so it was a struggle for me to get to university. So if I can help some under-privileged kids then I want to be able to do that.

“If just one person is helped to study by my bursary then it is worthwhile.”

And what is Buthelezi’s advice to young cricketers looking to improve themselves?

“Play hard, but make sure you take the opportunities that are offered to you. Cricket can really give young players a chance to improve themselves.

“I found my calling because of cricket – it has helped me get an education that I would never have had if it had not been for cricket.

“How can I put this? Let’s just say I was not the best kid around before I got the bursary, but cricket gave me order and it rehabilitated me, and allowed me to get some structure in my life.

“Because of that I did well in matric and now I am studying medicine at UCT.

Shoaib Moosa, the Chief Commercial Officer from the Willowton Group, agrees that the Sunfoil programme is more than just about providing sporting opportunities.

“Although Andile is not currently playing cricket at the top level, he is able to further his career by studying medicine at one of the country’s top universities. Without the Sunfoil Township Cricket initiative, that may not have been the case.”

“I think he is proof that this programme is not just about producing cricket players – it is more important than that. Andile has been able to use his cricket talents as a stepping stone to tertiary education, and at Willowton Group we are proud to have helped him along that journey.”

Township and rural development manager KZN, Sanelisiwe Kuzwayo concluded: “Andile started cricket in 2010 and immediately showed natural leadership abilities.  In the various camps, he would shine in the activities.  Andile has a good command of English and blossomed at Glenwood High School, deciding to make academics his focus over cricket.  We wish him well with his studies.

“The Township Programme displays different opportunities that are available for our boys, no one would have known or imagined that being in a structured ‘’sport’’ programme could produce not only cricketers but medical doctors.”