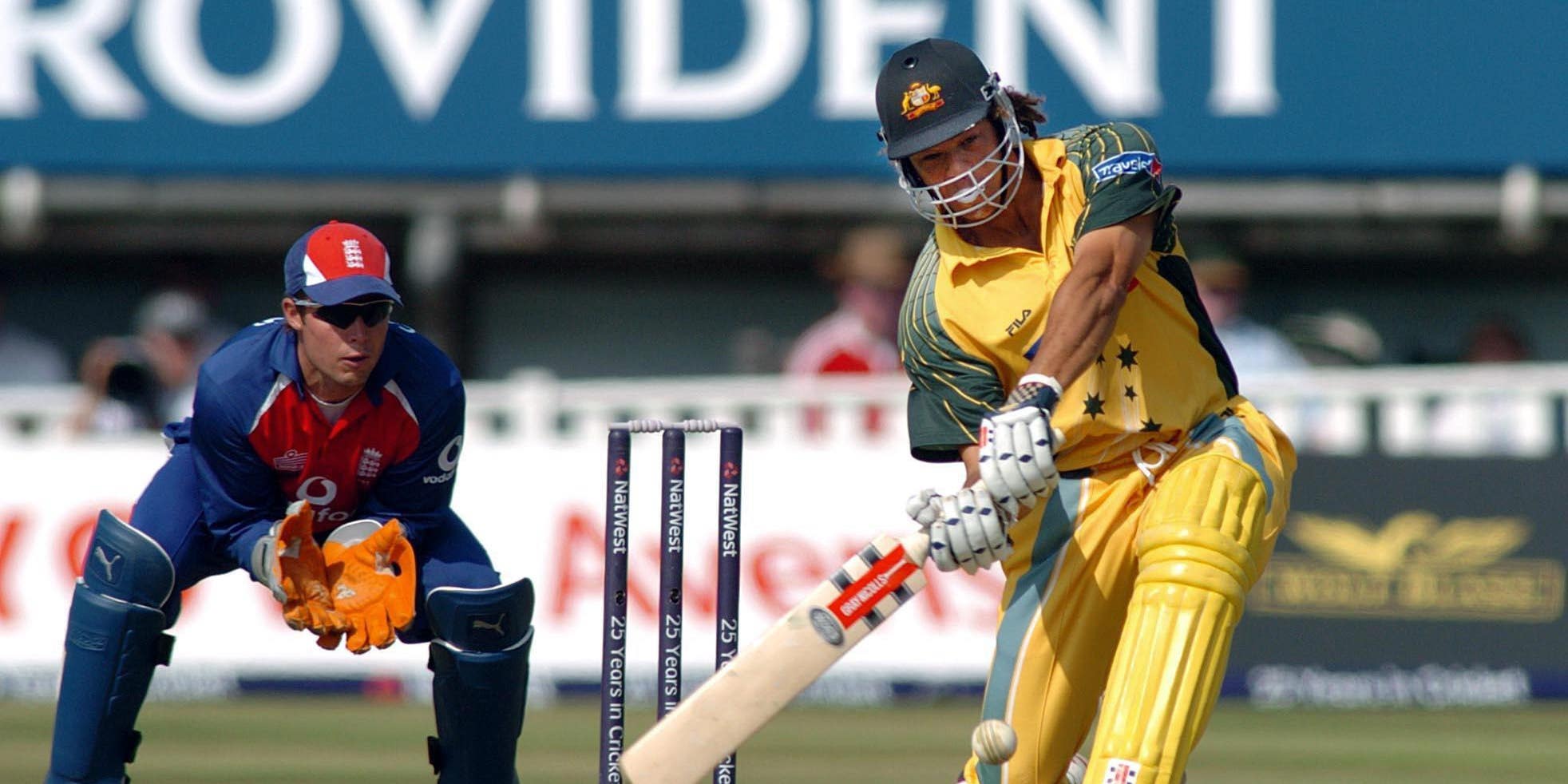 Andrew Symonds was a big-hitting all-rounder whose “larrikin” personality endeared him to both team-mates and cricket fans.

A prodigious talent who learned to harness his natural instincts on the pitch, but at times struggled to do so off it, he won admirers around the world for his explosive batting and inspirational fielding.

Maverick all-rounder Symonds, who has died in a car crash in North Queensland at the age of 46, cut an instantly recognisable figure in his trademark dreadlocks until he shaved them off for charity in 2009.

A country boy whose love of fishing at one point cost him his place in the Australia team, he could and did turn matches with a nonchalant approach which was little short of spectacular when it came off.

Born in Birmingham, England, in June 1975 to Afro-Caribbean and European parents, he was adopted as a baby by schoolteachers Ken and Barbara Symonds and the family emigrated to Australia soon afterwards, initially settling in Victoria before moving to Far North Queensland.

He learned his early cricket playing with his father after school and having progressed swiftly through the junior ranks, made his debut for Queensland as a teenager in 1994.

He became the state side’s youngest centurion with a brilliant 108 not out at Toowoomba against an England attack featuring Angus Fraser, Devon Malcolm and Phil Tufnell during the 1994-95 Ashes tour.

His English heritage and UK passport – Symonds was repeatedly quizzed as to his allegiance, but insisted he was Australian through and through – allowed Gloucestershire to sign him as a non-overseas player.

Nicknamed “Roy” – he always believed after former Brisbane Bullets basketball star Leroy Loggins, to whom he was said to have borne a resemblance – he returned to England as a 19-year-old and made an eye-catching impact within months.

Gloucestershire had been reduced to 79 for four by Glamorgan when he strode to the wicket at Pen-y-Pound in Abergavenny and blasted a then record 16 sixes in an innings which eventually amounted to an unbeaten 254 from 206 balls. He added four more maximums in a knock of 76 in his second visit.

Symonds’ heroics against Glamorgan took him to four centuries for a season at the end of which he declined a place on the England A tour of Pakistan, choosing instead to link up with Australia A a year later.

His talents in all three aspects of the game made him a key contender for Australia’s one-day international team, and he made his debut in November 1998, although it was not until the 2003 World Cup that he announced himself in earnest on the international stage.

Captain Ricky Ponting had championed Symonds’ selection against opposition, and he was rewarded in the opening fixture against Pakistan when the all-rounder thumped 143 not out to set the holders on their way to retaining the trophy.

He was also a part of the side which won the competition for a third successive time four years later.

As a Kent player, he became just the second man to score a T20 century against Middlesex in 2004, and also represented Lancashire and Surrey on the English county circuit.

Symonds’ Test career amounted to 26 matches and two centuries – the first of them a memorable 156 reached with a towering six in an Ashes victory over England in Melbourne – and he averaged 40.61 with the bat after a stuttering start.

However, a man affectionately described as “a Queensland larrikin” by some could find himself in trouble.

He was stood down from an ODI against Bangladesh in 2005 after an all-night drinking session amid the breakdown of his marriage to first wife Brooke, while in 2008 he was sent home after missing a team meeting in Darwin to go fishing.

And Symonds’ involvement in the ‘monkeygate’ incident against India in 2008 started his “downhill slide”.

He alleged India’s Harbhajan Singh had called him a “monkey”, with the spinner initially being banned for three matches as a result. The BCCI threatened to pull out of the tour and the ban was overturned, but the incident soured relations between the two teams.

Symonds later told the Australian Broadcasting Corporation: “From that moment on that was my downhill slide. I started to drink heavily as a result of it and my life was starting to dissolve around me.

“I was dealing with it the wrong way. I felt guilty that I’d dragged my mates into something I didn’t think they deserved to be involved in.”

Symonds’ international career came to an end the following year after he was sent home from the T20 World Cup in England for an alcohol-related breach of team rules.

But despite those issues, the love and support of his Australian team-mates was never in doubt, with Ponting calling him an “extraordinary player and even better human being” among many tributes from both home and abroad following his death.

He ended his career as a specialist in the lucrative T20 circuit before retiring in 2011 and later moving into commentary.

He is survived by his second wife Laura and their children Chloe and Billy.