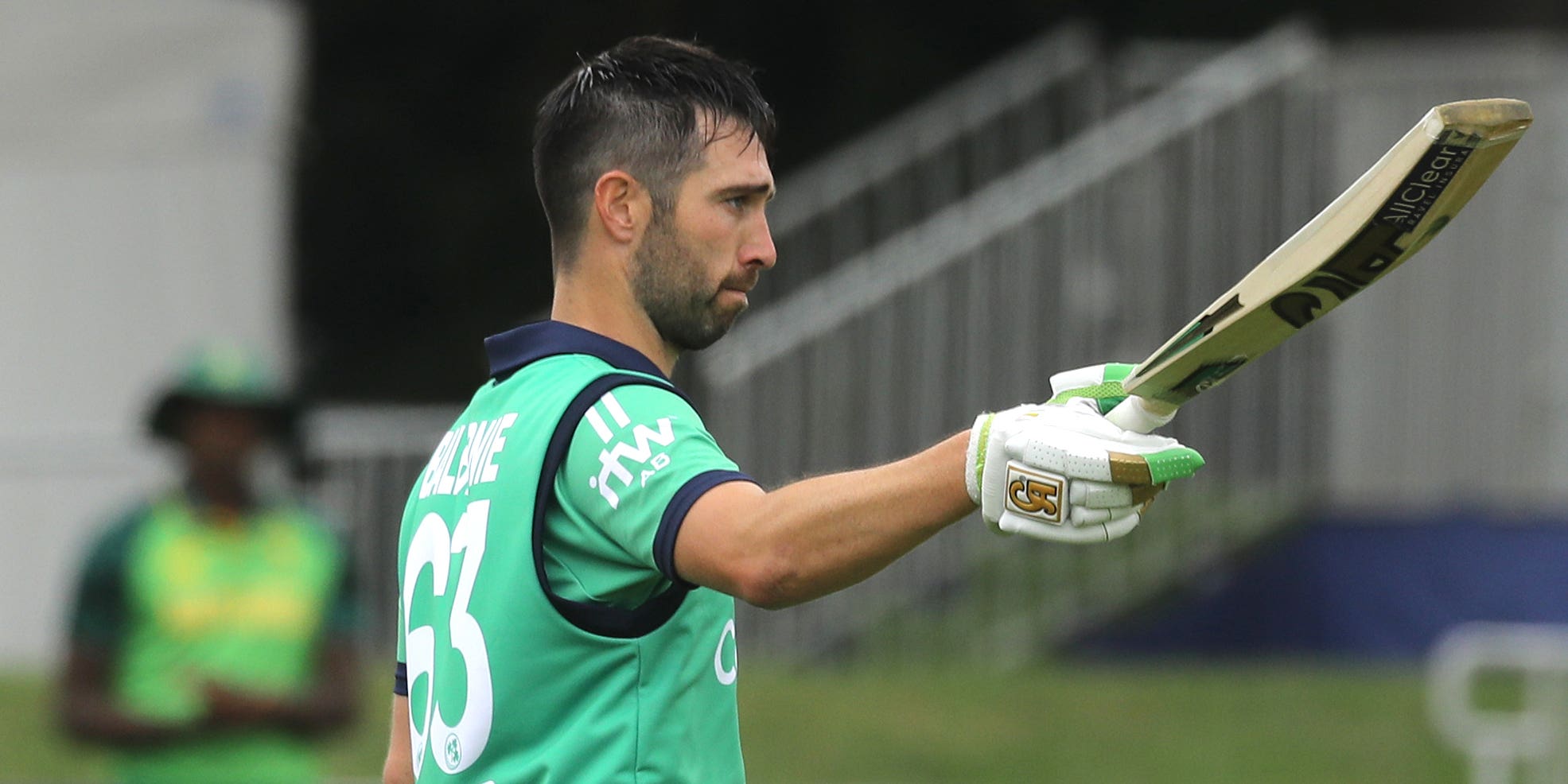 While the teams have never before met in Tests or Twenty20s, the Proteas had prevailed in the previous five ODIs but their 100 per cent record was snapped as Ireland surprisingly moved into a 1-0 lead in this three-match series.

After Sunday’s no-result, Ireland captain Balbirnie came to the fore with a classy 102, while Tector contributed 79 from 68 deliveries, which included six fours and four sixes, before the home side’s innings ended with a flourish.

Dockrell bludgeoned five fours and two maximums en route to a 23-ball 45, which only ended when he holed out to deep cover from the final ball of the innings as Ireland finished on 290 for five, having been invited to bat first.

Tector and Dockrell were instrumental in Ireland adding 88 runs to their total in the last seven overs, with the experienced trio of Kagiso Rabada, Anrich Nortje and Andile Phehlukwayo proving expensive at the death.

The Irish duo’s boundary-laden exploits proved crucial as South Africa were all out for 247 after 48.3 overs, in the penultimate contest of a series Balbirnie likened to “David and Goliath”.

Mark Adair, Josh Little and Andy McBrine each collected two wickets to subdue their heavily-fancied opponents, who were without the rested Quinton De Kock for a fixture which counts towards qualification for the 2023 World Cup.

Janneman Malan contributed 84 while Rassie Van Der Dussen added 49 in a 108-run stand to help South Africa to 159 for two but the tourists were unable to recover after the pair were dismissed within eight balls of each other.

Adair claimed the wickets of tail-enders Maharaj and Nortje from successive deliveries to complete an upset defeat for South Africa, who can now only level the series in the final match at the same venue on Friday.