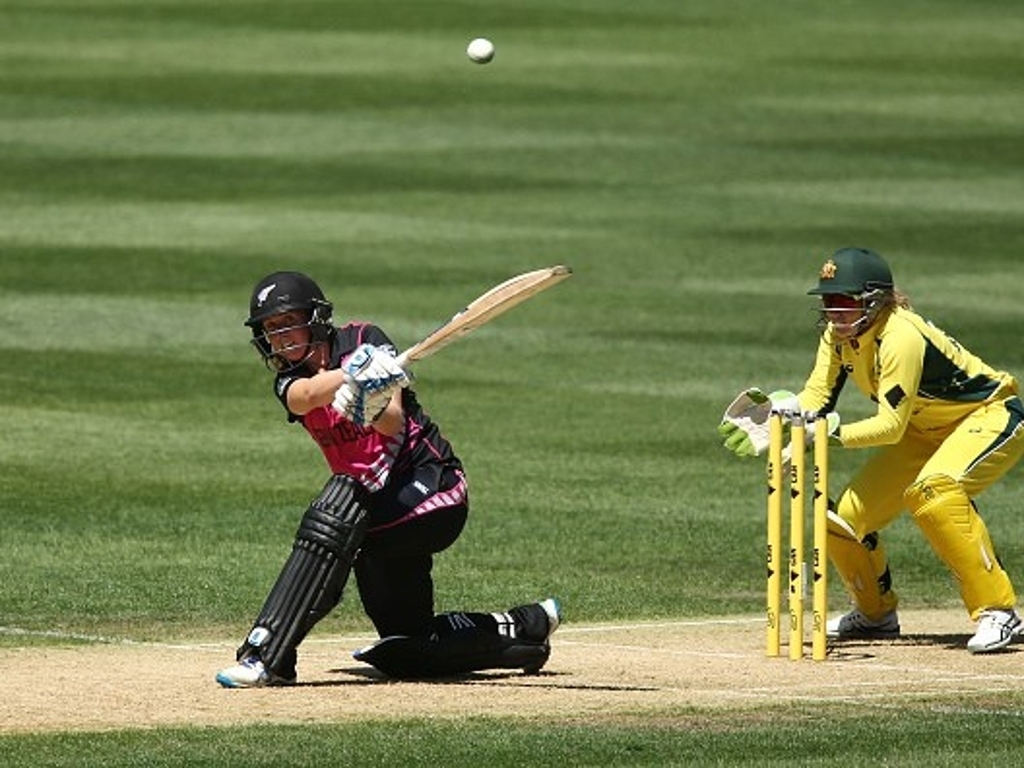 New Zealand White Ferns Coach Haidee Tiffen is hoping bad luck stops at three after losing a third player for the season to a hand injury.

Maddy Green has joined Sophie Devine (dislocated thumb) and Leigh Kasperek (broken little finger) on the sidelines for the remainder of the season after breaking her left thumb while taking the catch that dismissed Amanda-Jane Wellington during the White Ferns’ series-winning Twenty20 victory over Australia at the Adelaide Oval on Wednesday.

Anna Peterson has meanwhile joined the White Ferns’ squad for the imminent Rose Bowl ODI Series in New Zealand fresh from performing well in the team’s Trans-Tasman Twenty20 Series in Australia, where the off-spinning allrounder became the first White Fern to claim a Twenty20 International hat-trick. Peterson had toured Australia as a late replacement in the T20 squad for Devine, and now comes into the ODI squad for Kasperek.

Tiffen says a replacement for Green has not been named at this stage, however a further player may be called in for the matches in Mount Maunganui. Green will meanwhile see a specialist in Auckland, and it is anticipated the recovery time-frame will keep her in contention for selection in the White Ferns’ 2017 ICC Women’s World Cup squad, to be named following a squad camp in mid-April.

Australia heads into this Rose Bowl Series still on top of the ICC’s official world rankings but the White Ferns are closing the gap on second-placed England.

Australian Southern Stars captain Meg Lanning led from the front to help her country recover from 0-1 in New Zealand last summer to win the most recent series 2-1, while the White Ferns last won the Rose Bowl in Palmerston North in 1998/99 — before current player Amelia Kerr was born.

The closest the WHITE FERNS have come since was a 2-2 drawn series in 2009, after the  decider was washed out.

The Rose Bowl has been the symbol of trans-Tasman ODI supremacy in women’s cricket since February 1985 and forms the 2016/17 season finale for the White Ferns who will host Australia in three ODIs at Auckland’s Eden Park Outer Oval and Mount Maunganui’s Bay Oval on Thursday and the following Sunday.