Home News Another Test hundred for Labuschagne – is he the best since Bradman?

Another Test hundred for Labuschagne – is he the best since Bradman? 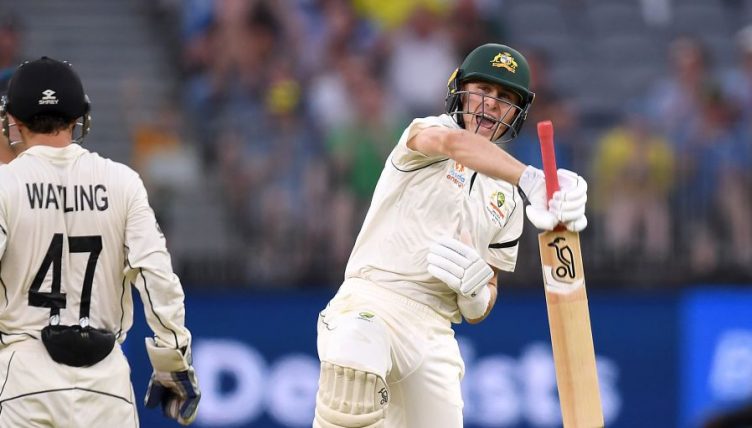 Marnus Labuschagne made it three Test centuries in his last three innings as Australia got the better of a hard-fought opening day of the day-night first Test against New Zealand in Perth.

The late wickets of Steve Smith, caught at leg gully off Neil Wagner, and Matthew Wade, bowled offering no shot to a Tim Southee inswinger gave the Black Caps heart at the end of the day, but Labuschagne’s unbeaten 110 means it’s Australia still on top at 248/4.

Smith looked some way short of his imperious best but toughed it out for 164 balls making 43 in a partnership of 132 with Labuschagne, who was far more fluent in reaching his century from 166 balls before seeing things through to stumps on 110* from 202 balls in more circumspect style as the persevering Kiwis made their late breakthroughs.

Travis Head made his way to 20 not out by the close.