Home News Another tough day for the Dolphins in PMB

Another tough day for the Dolphins in PMB 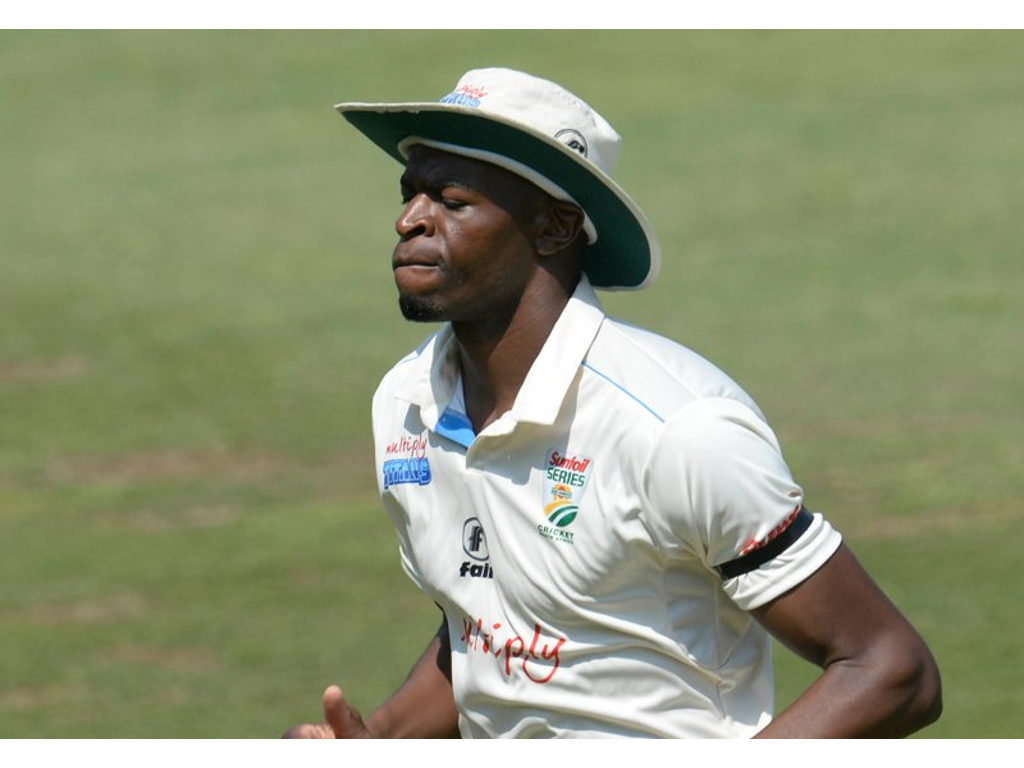 With a mountain to climb when day three of their Sunfoil Series clash with the Titans dawned, the Dolphins were made to follow on in their second innings at the Pietermaritzburg Oval on Wednesday.

The Dolphins began the day staring at a deficit of over 450 following the Titans’ mammoth 500/6 declared in the their first innings. The home side had lost opener Sarel Erwee late on Tuesday evening with Senuran Muthusamy and Vaugn van Jaarsveld entrusted to give them a strong start on the third morning.

A partnership began to blossom until Van Jaarsveld was bowled by the in-form Malusi Siboto for 24. Cody Chetty was not at the crease for long before he became Alfred Mothoa’s first victim and the Dolphins were on precipice at 76/3.

Captain Khaya Zondo joined the resilient Muthusamy and the pair began rebuilding slowly putting on 78 runs for the fourth wicket. Mothoa then claimed Zondo’s scalp when he chopped on for 36.

Muthusamy passed 50 for the first time this season but was caught down the leg side off a Shaun von Berg delivery for a defiant 64 from 188 deliveries.

Dane Vilas contributed 23 before he became leg-spinner Von Berg’s second victim and Rob Frylinck scored 17 as the Dolphins were bowled out for 216.

Left-arm spinner Tabraiz Shamsi accounted for the final three Dolphins wickets as he and Mothoa both finished with three wickets.

In their follow-on innings the Dolphins equipped themselves better in the face of an onslaught from the men from Centurion.

Despite losing the wicket of Senuran Muthusamy for 11, Sarel Erwee and Vaughn van Jaarsveld took their side to 130 before the latter followed the same mode of dismissal as Muthusamy when he was trapped in front by Shamsi for 39.

Cody Chetty then joined Erwee and the pair steered the battered Dolphins ship to the close of play on 160/2.

Erwee will resume on the final day on 88 with Chetty beginning the fourth morning on 15 still training by 124 runs.