Anrich Nortje delighted to be training again after IPL quarantine 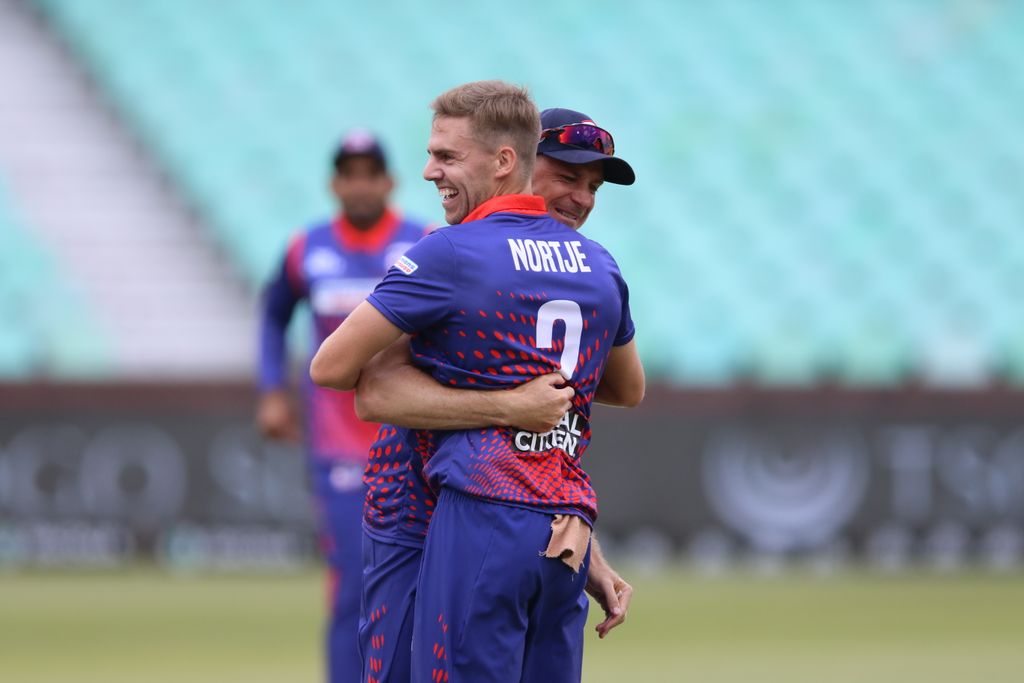 South Africa fast bowler Anrich Nortje says that he feels like he has been released from prison after being allowed to train with his Delhi Capitals team-mates for the first time after completing a quarantine period mandatory for players arriving in the bio-bubble.

Nortje replaced England all-rounder Chris Woakes in the Capitals line-up and had his first net session on Sunday evening.

Nortje ready to unleash in the IPL

IPL teams have been training in the evening with temperatures in the UAE soaring, but there have been few complaints from the pent-up cricketers.

“It’s good to be out and on the grass, and not on the balcony. I can’t explain, but it feels like I’ve been locked up in prison for some days, so it’s great to be outside,” he was quoted as saying in a Delhi Capitals press release.

“I tried to take it easy on the first day. It will be more intense slowly but surely over the next few days. But it was so great to be bowling in an actual square.”

Announced as a late replacement for Woakes shortly after the IPL confirmed that the 2020 event would go ahead in the UAE, Nortje was unsure if he would make it to the event, right up until the moment he boarded a chartered flight to Dubai.

“It’s a bit surreal to be out here, and with the Delhi Capitals. I was a late replacement, and till the time I sat on the plane I wasn’t sure if things were really happening,” Nortje added.

Nortje was set to make his IPL debut with the Kolkata Knight Riders in 2019, but a shoulder injury sustained during the Proteas international home summer put paid to those hopes.

The Proteas paceman will join team-mate Kagiso Rabada at the franchise and Nortje is eager for his compatriot to arrive in the UAE.

“I look forward to bowling with KG (Kagiso Rabada) when he gets here, and I hope that makes us a potent bowling side,” the fast bowler said. “We’ve definitely got the pace. It will be interesting to see how the wickets play, but I’m sure all captains would want a couple of quicks in their side to make their job a little bit easier.”