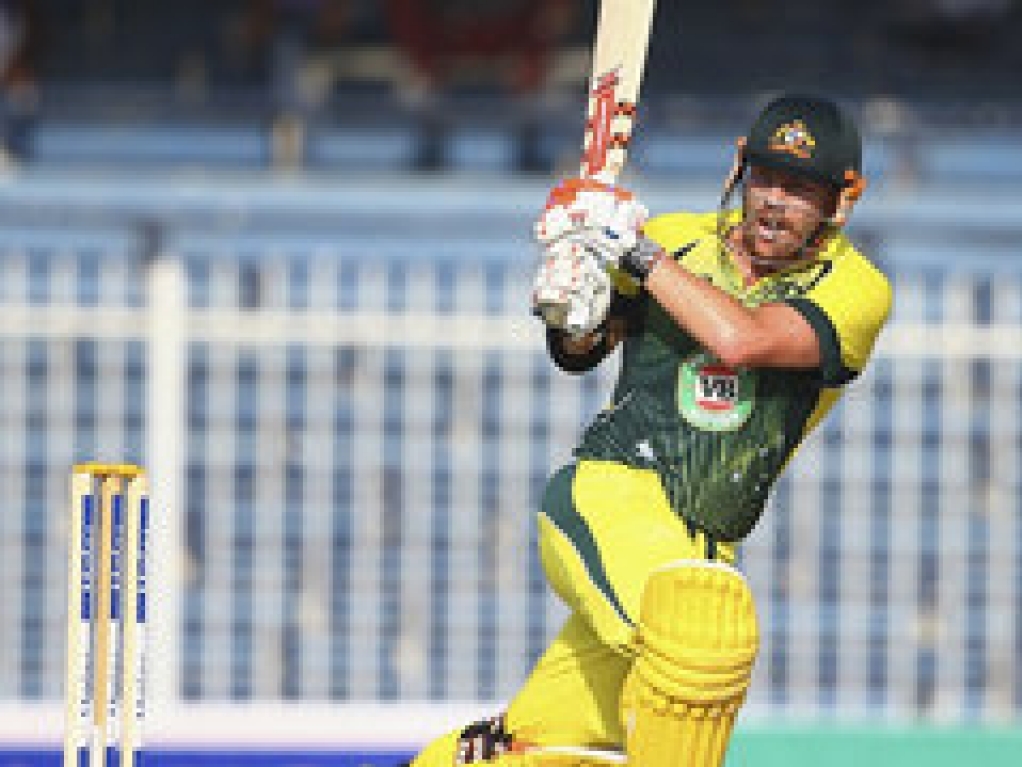 Australia opening batsman David Warner thinks that he has the upper hand of just every bowler that he has faced in world cricket in the last two to three years.

Warner gave the stern warning after he was picked in Australia's final 15-man World Cup squad. It will be Warners's first 50-over global event in which he would take part after missing out in 2011.

He said: "There's no bowler in the world that I'm scared of. I'll be arrogant and say I have taken most of them down.

"Dale Steyn is a very good one-day bowler, a very good Twenty20 bowler, and he is one bowler I try and take on because I know if I don't take him on then he can really take it to us.

"Someone who can swing the ball is quite hard to go after. That's where if you can really knuckle down and be there at the end it can work in your favour because the ball is not going to be swinging much."

The left-handed Warner will probably open the batting with Aaron Finch, and he says its important that they form an understanding quickly when either one should just play a supporting role when the other is being aggressive.

Warner continued: "If one of us are going, the other guy has got to play the anchor role. The other teams probably look at us and go, 'These guys are the ones at the top of the order we have got to get out'.

Warner is also excited about playing the World Cup on home soil (New Zealand will be co-hosts), as he feels the pitches produced in his country are arguably the best in the world.

He said: "You look at the Gabba, the MCG and probably Sydney as well, the grounds square are big. We can use our bounce and pace. Our curators in Australia are the best in the world. I think they will produce very good wickets for us."