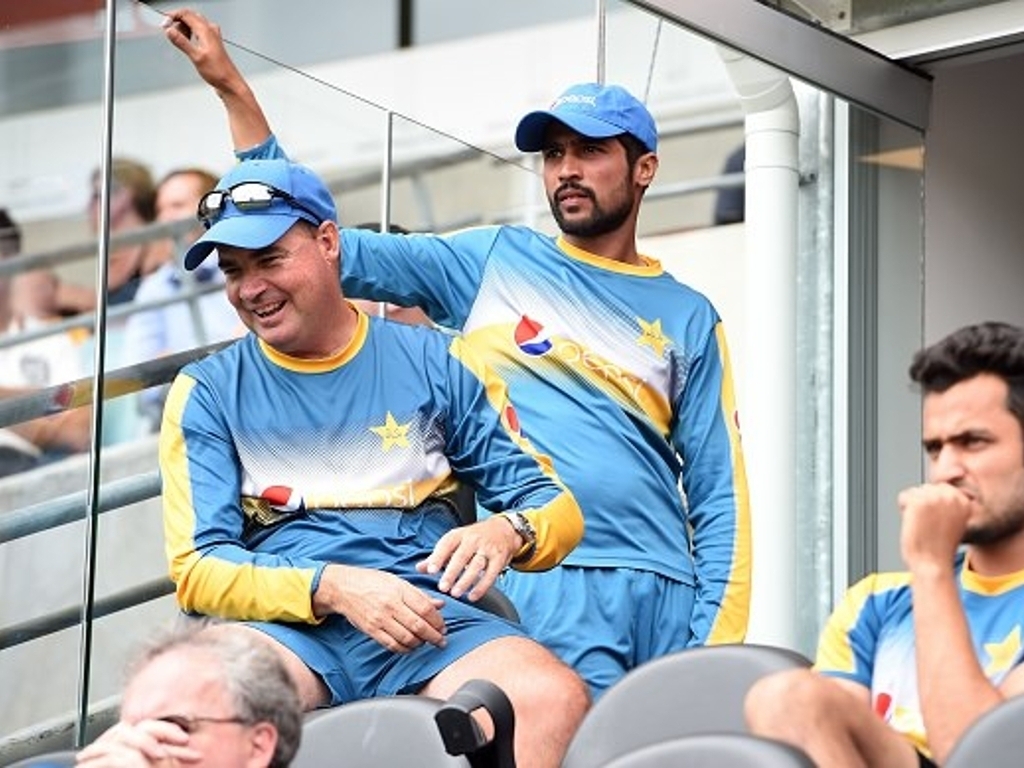 Pakistan coach Mickey Arthur insists he is happy with Sohail Khan’s effort in training and feels he deserves to be in the second Test XI.

This appears to be something of an about-face from Arthur who criticized the fast bowlers endurance during the first Test in Brisbane.

Sohail has been included at the expense of left armer Rahat Ali with some surprised he has made the cut after Arthur’s comments.

Arthur told ABC Radio during the first Test: “Sohail Khan comes in and swings it right arm, but I’ve got a doubt about Sohail’s comebackability.

“If he has got to bowl, his first spell’s very good, his second spell’s okay, his third spell is tough and then you just don’t get anything more. That puts a lot of pressure on our other units.”

The South African coach praised the work ethic of Sohail but was still on the fence about his ability to perform consistently at the highest level.

He said after the first day in Melbourne: “He has bowled beautifully.

“He has trained exceptionally, that’s all I can say. I don’t know if you’ve seen him lately, he has lost seven-eight kilos, he’s the first guy in the gym at six in the morning. He does his training, he bowls two-three spells in the nets every day. He has been excellent and I sort of doff my cap to him because he has been outstanding, almost been a model professional for us over the last month or so.

“Time will tell though. He knows exactly what the concerns are around him. We’re comfortable we have picked what we think is the best attack. It just gives us a little bit more balance. He has swung the ball nicely. He’s a right-armer. On this wicket you don’t want to give too many areas for Nathan Lyon to bowl so we wanted to keep one right-armer to attack.”

Arthur explained the thinking behind Sohail’s inclusion on Geo TV: “Sohail Khan’s ability has never been in doubt. He swings the ball and bowls at a good pace. He is a very, very fine bowler.

“And what I said in the [ABC] interview was a fact – that we have concerns around him coming back – but there are so many positives about him. He swings the ball at a good pace and he is a real trier. So I am comfortable that he has done everything we wanted him to do and the proof of the pudding is going to be in how he performs.”

With pressure beginning to grow on Misbah-ul-Haq and Younus Khan after both were dismissed cheaply in Melbourne Arthur insisted both men have earned the right to decide when their time in international cricket is up.

Arthur said: “Only they would know [what the future holds].

“But we back them massively in the dressing room. That’s all I can say. Ultimately they will decide when they think the time is right.

“One’s been an inspirational leader for the last six years and the other guy is closing in on 10,000 Test runs. They’ve earned the right in a massive way. And again the esteem they are held in within the dressing room is second to none.”

Arthur said it would be ideal if their exits were staggered to minimize the impact on the team.

He said: “Yeah, I mean in an ideal world, you will [stagger their exits].

“But ultimately that decision rests with them. They’ve earned the right so if they want to continue, fantastic, because that’s what we want as a cricket team. If they don’t, we feel we are starting to make enough ground in terms of bringing other players through.

“I want to reiterate there’s no doubt surrounding those two whatsoever. They are still model professionals and they train, they are fit, they practice and they are inspirational around the dressing room. The longer they can be around that dressing room the better it is for the Sami Aslams, the Babar Azams, the Azhar Alis, the Sharjeels, the young guys who are with us.”