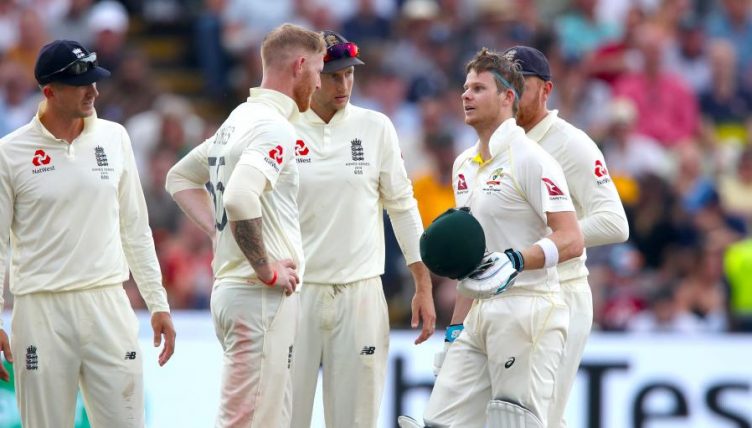 Another captivating day’s Test cricket in Birmingham, but one that ends with the balance of power far less clear than it was 24 hours earlier.

1) Steve Smith is a genius

It’s not news, of course, but as he did from the moment the eighth wicket fell in the first innings, Steve Smith today was barely playing the same sport as everyone else.

Australia’s openers had been removed without much fuss – apart from the obligatory umpiring error of course – to continue the general pattern of a pitch that has always kept bowlers interested and batsmen honest. Everyone else has had to work hard for their runs.

With Smith, there appeared to be no effort involved and, more remarkable still, no risk. Even when Ben Stokes managed to smash a bouncer into the side of Smith’s helmet the former Aussie captain’s response was simply to create a new meme and then carry on his merry way.

when you're in the shower and someone puts a tap on pic.twitter.com/lLq9KjyyoQ #Ashes

Smith’s risk-free counter-attack – assisted initially by Usman Khawaja and then Travis Head – has changed the complexion of the game. By scoring at four an over rather than three, Australia have a 34-run lead instead of mere parity.

2) Root too defensive too quickly?

Did England make things just a touch too easy for Smith, though? You have to be careful because sometimes Smith just makes it look that way. But England did seem to spread the field instantly for Smith, with his very first run simply worked out in classic Smith style to deep square-leg.

🎥 @willfordy25 sums up day 3 of the first #Ashes Test… pic.twitter.com/97gFEMuCTB

England appeared to put themselves instantly on the back foot against him, and failed on both fronts: they neither looked like getting him out nor drying up his runs. Khawaja piggybacked on Smith’s free-scoring start and Australia were all too easily able to wrest back momentum at a time when England were still demonstrably ahead in the game.

3) Stokes does a Flintoff

Stokes’ first over did get England going again at a time when the game was drifting. It was very Flintoff 2005, and there is not much higher praise than that. Khawaja was dismissed off the inside edge second ball, and Head had a job on just to avoid becoming the Ricky Ponting of the piece.

Stokes then managed to disturb even Smith with that bouncer into the side of the head. In such a compact seven-week, five-match series, Stokes’ genuine all-round credentials could be so important. In this Test they’d have been cooked without him given Anderson’s injury, while the perils of a four-man attack were highlighted by how long Stuart Broad was able to bat before one of Australia’s exhausted seamers could muster up the energy for the flurry of short balls required to all but guarantee his wicket.

England are still just about ahead in this game provided they can find a reasonably swift way to take the other seven wickets that look far more straightforward than one Steve Smith wicket. But there is now no escaping the fact they have wasted positions of utter dominance with both ball and bat.

Whatever mitigation there may be for both it is ugly for England that a match in which Australia were 122/8 in their first innings and England 282/4 in theirs is now so close. Even in Australia’s second innings, Jos Buttler’s failure to cling on to a low but relatively straightforward chance from Khawaja was on just 11 could prove telling. It would have left Australia 27/3 and cut off at source a partnership that got Australia’s innings going.