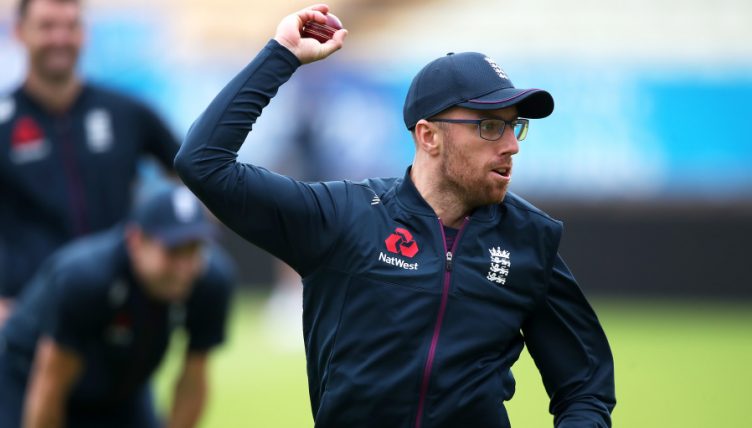 England spinner Jack Leach has had his say on the notion that his recall to the team ahead of second Ashes Test at Lord’s is in direct relation to England’s inability to dismiss Aussie superstar Steve Smith.

Leach is expected to take his place in the starting eleven following the decision to drop Moeen Ali after another sub-par performance with both bat and ball at Edgbaston.

The recall will end Leach’s exclusion from the team at just one Test, after the left-arm spinner starred in England’s 153-run victory over Ireland two weeks ago – though not in the fashion you might expect.

Much has been said about how England should approach the daunting task of removing the prized wicket of Steve Smith, but one statistic that has received widespread attention is his sub-35 batting average versus orthodox left-arm spin.

Speaking to BBC Radio 5 live’s Sportsweek, Leach acknowledged the statistics: “There has been a focus on his supposed weakness against left-arm spin.

“I suppose those stats are there but I’ve just got to – if I’m in the 11 – I’ve got to do my thing and bowl as well as I can and see what happens.

“It’s the same for every batter. I want to get every batter out. Yes, there’s Steve Smith but there’s 10 other guys as well and I’ll be focusing on all of them.”

“It feels like I’ve got nothing to lose and a lot to gain, I just want to go and do my thing.”