Ashwin expects a day of toil 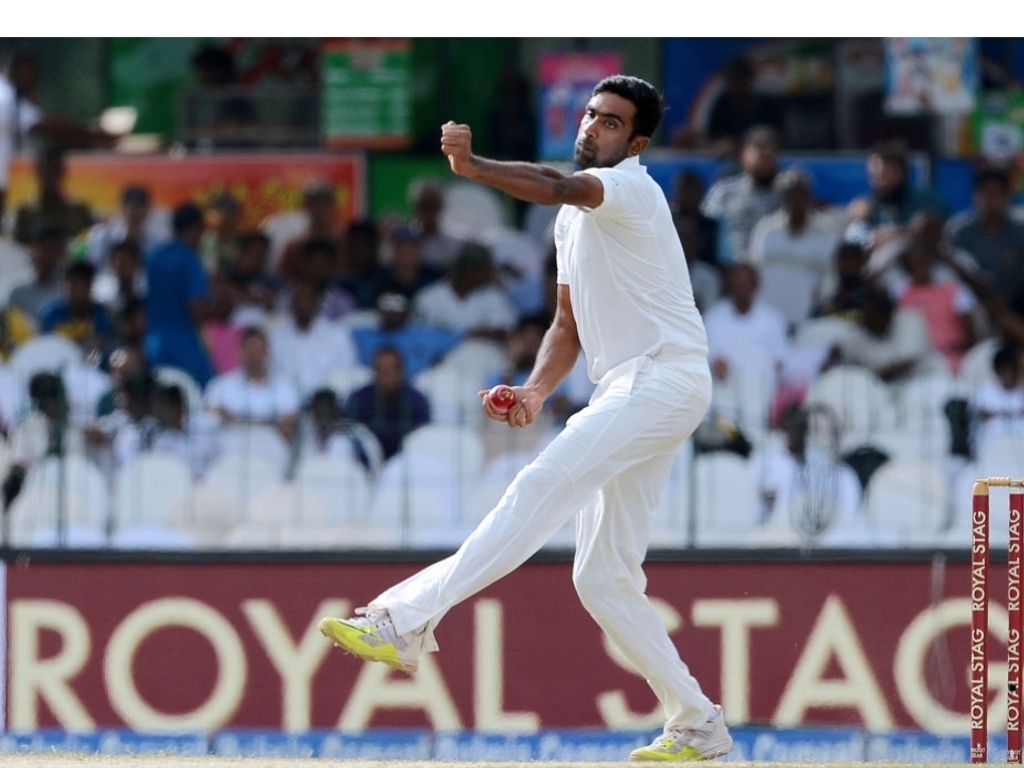 India spinner Ravichandran Ashwin expects a day of hard work when play resumes on Sunday in the second Test against Sri Lanka.

The spinner claimed 5/69 as Sri Lanka crumbled to 183 all out in their first innings with India skipper Virat Kohli opting to enforce the follow on.

In the second innings Sri Lanka rallied to 209/1 by the close of play with Kusal Mendis going to a third Test century while Dimuth Karunaratne was unbeaten in the 90s at stumps.

Ashwin said after play on day three: “The pitch had a bit of venom in the morning.

“The ball got older and when we bowled the second time around, it was kind of fizzling out and the edges weren’t carrying that much to the fielders. We beat the bat a lot. I thought Mendis batted beautifully. He put Jadeja off his length very quickly. He kept on sweeping him, and he was lucky, he got away with it, but credit to him, he batted beautifully.

“They did bat really well.

“We beat the bat pretty often even in the sessions we didn’t get wickets. Karunaratne really complimented Mendis, he defended beautifully, and Mendis played a few extra shots that Karunaratne obviously didn’t play.

“It came off for them. Credit to them, I don’t think we did too much wrong. We tried reverse swing, we bowled cutters in the end and Pandya got the wicket with a cutter. We beat the bat a few times more than we should have for the nicks we got. Hopefully, we will try and nick them off tomorrow.”

Ashwin feels that the pitch played a big part in Sri Lanka’s second innings revival and opined that day four would be tough for the bowlers.

He went on: “I think this wicket will get slower and slower. It is not going to be easy work tomorrow for sure. We will have to be really disciplined. I thought we gave a few runs more than ideally we should have given today.

“Tomorrow we can probably try and squeeze them out and try and nip a few wickets up early. Mind you, it is not going to be easy, because it is slowing down at a very quick pace.

“Edges aren’t carrying, so that means we will have to stick our guns out and try to prise a few wickets out. The second new ball, therefore, becomes important. But as I said they got a great partnership but the guys coming in will have to start from scratch. There is going to be an equal challenge on both sides.”

The tweaker feels that the ability to control the amount the ball spins on a track like the one at the Sinhalese Sport’s club is key.

He said: “You can change the angles, which I tried from over the stumps. It’s pretty difficult because, from the straight there is not a lot happening. It is only a kind of a visual mirage that you’re trying to create, try and turn the ball out from the left-hander and get him miss one that’s comng straight.

“Obviously, that didn’t happen. With the technology improving more and more, the batsmen are pretty adept at covering their stumps and then probably playing inside the line for ones that are turning away. Like I said, you do try everything in the middle, some day it works, some days it doesn’t.

“Changing lengths and lines are both inter-related because if you have to go wider, you’ll have to push the ball a little further for it to be a good length and all that. Having said that, we did try and lot of things in the middle today, it was not like a lack of intensity or anything, it was just that a couple of good batsmen batted beautifully.”