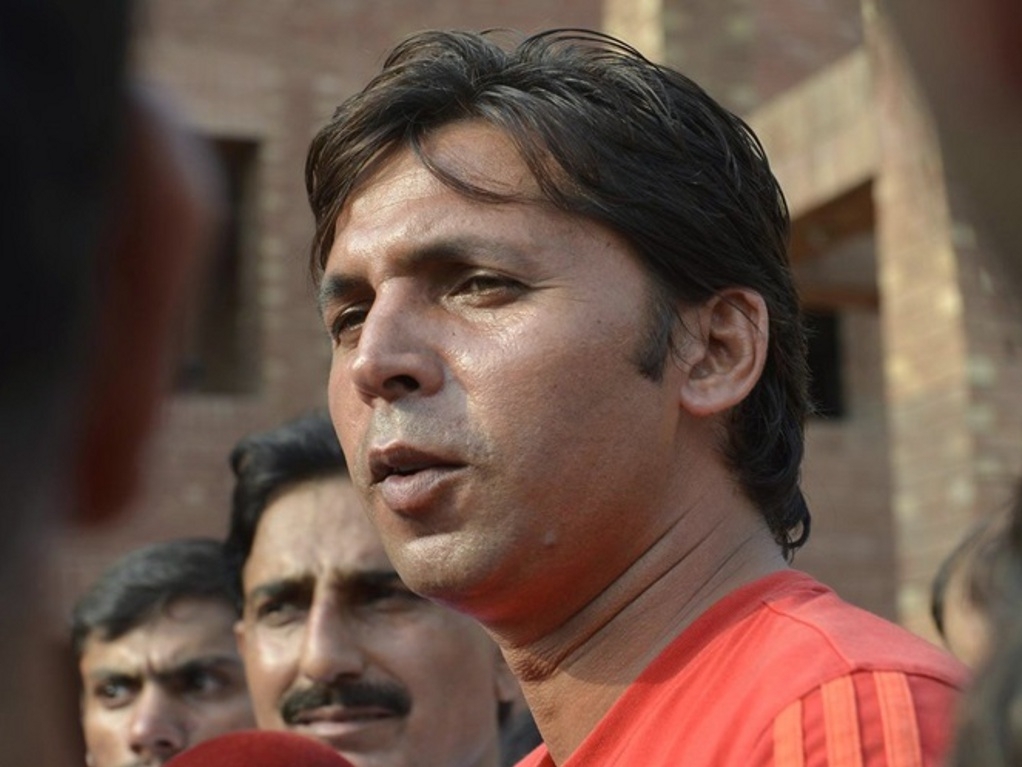 In stark contrast to Mohammad Amir's upcoming headline return to Test cricket at Lord's, his bowling partner, and partner in crime, Mohammad Asif, is looking to plot a return to international cricket from Oslo in Norway.

Unlike Amir, Asif's involvement in the 2010 spot-fixing scandal was not his first indiscretion.

The quick may have exhausted the patience of the Pakistan Cricket Board after testing positive for steroids twice and being imprisoned in Dubai for possession of a substance that later proved to be some form of opiate.

Asif remains hopeful though and finds himself in Norway playing for the The Christiania Cricket Club, at the behest of a friend, as he told ESPN Cricinfo: "One of my friends called me to ask me to come and play some cricket,

"There's good weather for training – that's why I came here.

"The cricketing standard is not too high but it's still cricket.

The conditions in Scandinavia are perhaps as far removed from Pakistan as it is possible to be but Asif insists he is enjoying himself: "You can't get spikes on! It's not a proper pitch for cricket. I'm enjoying playing here and working on my fitness levels."

The quick doesn't want to dwell on the past, and just wants to play cricket again, saying: "That was a very difficult time but difficult times pass. Now I'm okay. It was three years ago,

"That's in the past, I don't want to talk too much about that. I just want to play cricket."

When asked if he wanted to apologise to the Pakistan fans Asif was dismissive: "I have already done that in Pakistan many times."

Asif wished Amir and the Pakistan team well on their tour of England, and believes Pakistan will fare better then Sri Lanka:  "I'm happy for him, and for my team it's a big tour in England. England are playing well now, but we've got a good bowling side – better than Sri Lanka's – so hopefully Amir, Yasir Shah and Wahab Riaz will give England a tough time."

The former number two bowler in the world, is confident of forcing his way back into the Pakistan team: "Hopefully I will do well in Pakistan and get selected for the national team for the tours to New Zealand and Australia."

The 33-year-old is hopeful of rolling back the years and emulating his 2010 form in Australia, saying: "In the Sydney Test in 2010, I got 6 for 41. This is my best memory: it was a great achievement against Australia, especially in Australia."

At this stage of his career maintaining fitness will be key if Asif is to stage a comeback, he may have lost a yard or two of pace, but if he can prove consistent, he may force his way back into the lineup: "It's quite difficult after five years to come down and bowl fast, but I'm a different kind of bowler. I'm not like a 100-mile bowler – I'm more dependent on swing and seam, they're my main weapons,

I got a schedule from the Pakistan cricket academy trainer, so I'm working hard on that and my fitness is getting better day by day."

Asif is keen to encourage young cricketers to steer clear of match-fixing, and corruption, and has offered to lecture on the subject, saying: "I've admitted my mistakes. We do lectures in Pakistan with young kids,

"Whenever they want me to go somewhere and lecture about corruption, I'm available. They haven't asked me yet at the moment, but I told them I will help anytime, whenever they want."

The seamer dreams of playing international cricket again: "The dream is just to come back to play for three to four years. I want to play a good standard of cricket again – that's my dream."

Reluctant to speak about the past, Asif insists he wants his performance to speak for him: "In my hands the ball will talk, not me.

"Every human being can make mistakes. They've given us punishment and after the punishment everybody has a right to play. Cricket is my life."