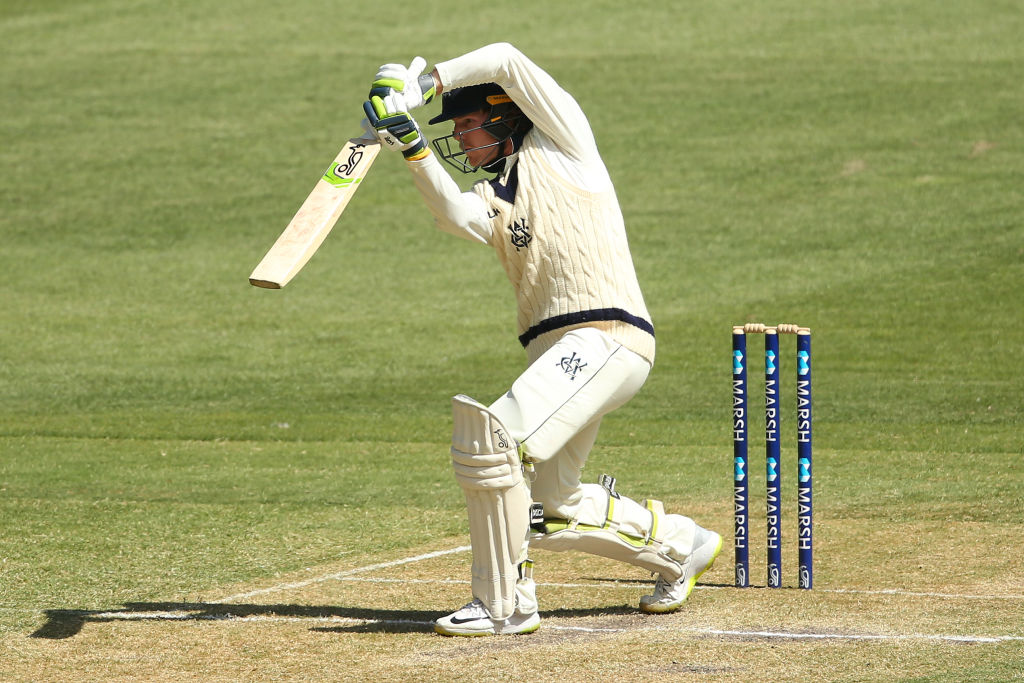 This time last year, Will Pucovski was the next big thing in Australian cricket before opting out of Test selection on the eve of his debut for mental health reasons. Twelve months on, he feels ready.

Pucovski, 22, has long been earmarked as a future Australian top-order batsman having excelled at under-age level and he’s since scored four first-class centuries including a high score of 243 against WA in the Sheffield Shield.

The right-handed batsman has had his fair share of setbacks in his fledgeling career, having also endured two concussions while he had a mental health break in 2018 too.

Pucovski will line up on Friday in Victoria’s return to the Sheffield Shield against South Australia in Adelaide, and he believes he’s in a good space to launch another bid for his Test debut.

He also has no regrets over his decision to withdraw from Australia’s Test squad to face Pakistan when achieving his dream of earning a baggy green beckoned.

“It all happened pretty quickly. I have no regrets over it, that’s for sure,” Pucovski said.

“I didn’t feel like I was quite ready at the time. I’ve done a mountain of work in the last year to try get myself that bit further down the line and I feel like I’m in a really good space now which is awesome with my everyday life and my cricket.

“It’s been an interesting year or two. It’s probably hard for people to understand that aren’t in the inner sanctum. I’m very happy with where I’m at. I’m really excited to get underway on Friday.”
Australia will name their squad for their four-match Test series against India towards the end of the upcoming block of Sheffield Shield matches.

“Pucovski’s lack of first class cricket (his last match was the abandoned Sheffield Shield game against WA in December 2019) will count against him for the upcoming Test series, but he’s seen as a prospect for the 2021-22 Ashes in Australia.

One ball at a time

The Victorian said he wasn’t thinking about Test selection at this stage, instead toeing the party line of focusing on his state and every ball as it comes.

“I don’t have much control over whether they pick me or not but I’m definitely very keen,” Pucovski said.

“It’s been a dream of mine since I can remember. from that perspective, I’m very keen to put my best foot forward.”

Earlier this week, the easing of restrictions in Pucovski’s native Victoria enabled Cricket Australia to announce that the MCG Boxing Day Test would go ahead, with potential for a crowd of 25,000 after the state endured a lengthy lockdown due to their COVID-19 outbreak.

Pucovski couldn’t help but smile when that news was revealed to him without his prior knowledge, but he wasn’t getting carried away about being involved either.

“I’d love to be (involved) but as I said, it’s not something I can control, so it’ll be one step at a time and one ball at a time starting on Friday,” Pucovski said.

The youngster was also at pains to clarify that his rapid ascendancy to Test cricket wasn’t the driver behind his mental health break 12 months ago.

“It’s a bit speculative to assume that it’s only Test selection might push you to weird places,” he said.

“There’s obviously a lot of different things that have been going on that I wanted to get under control. I feel like I’ve done that from a holistic perspective.

“Having that broader view of understanding who I am as a person, what I want to be doing and how I want to do it is the better way to look at it and knowing I’ve made a lot of progress in that regard.

“That makes me feel really ready.”