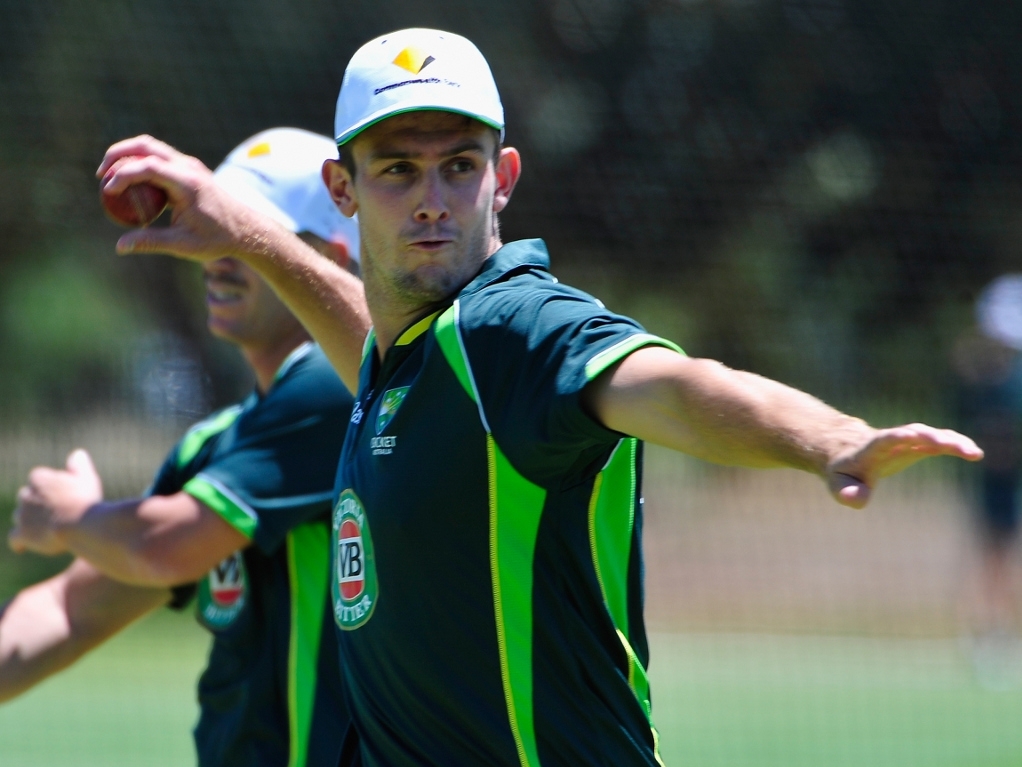 Australia all-rounder Mitchell Marsh gave the team management and the general Australian public a cause for concern when he walked off the field complaining of pain in his right hamstring on the first day of the second Test against India at the Gabba.

With the Aussies already missing captain Michael Clarke, who has had surgery on his right hamstring, and bowler Ryan Harris with a quadricep strain, the last thing Aussie cricket lovers wanted to see was there newest Test all-rounder break down.

Marsh, with four Test caps to his name, was bowling his sixth over when he pulled up after the last ball and immediately left the field to be assessed by the Australian medical staff.

The 23-year-old Marsh has a history with injuries, especially in his hamstrings.

He had an operation his left hamstring two years ago and re-injured the same hamstring before the Australia's limited over series against Pakistan, which he missed as a result.

Marsh, who made Test debut in the UAE against Pakistan in October, made the initial breakthrough for Australia at the Gabba when he took the wicket of India's Shikhar Dhawan after a 56-run stand for the first wicket.