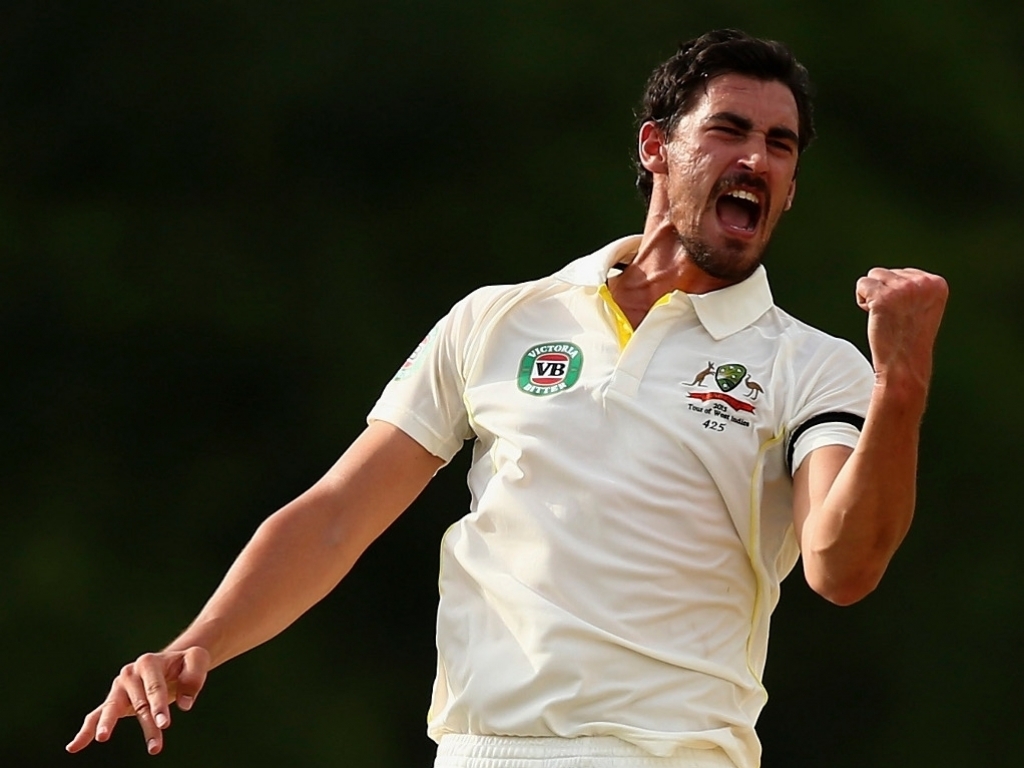 Starc, who was player of the World Cup, maintained his bowling form to claim match figures of six for 76, which gave him a lift of five places and put him in a career-high 25th position in the rankings for Test Bowlers.

Hazlewood, who was part of the Australia side that won the ICC U19 Cricket World Cup in New Zealand in 2010, also achieved a career-best ranking of 31st after he jumped 12 places following figures of three for 33 and two for 17.

Bishoo, who in 2011 won the ICC Emerging Player of the Year Award in London, also made gains and his first innings figures of six for 80 helped him leapfrog Jason Holder (50th) and Shannon Gabriel (51st) into 43rd position following a rise of 10 places.

In the rankings for Test Batsmen, Australia’s debutant Adam Voges, who won the player of the match award for his 130 not out, entered in 65th position, while West Indies debutant Shane Dowrich, who scored 15 and 70, entered in 75th position.

Marlon Samuels and Shaun Marsh were the other batsmen to head in the right direction. Samuels shared 28th spot with Bangladesh’s Shakib Al Hasan after climbing two places, while Marsh also moved up two spots to claim 55th position.

Meanwhile, Bangladesh host India in a one-off Test in Fatullah from Wednesday, 10 June. Virat Kohli’s side is ranked third on 99 points, while Mushfiqur Rahim side is ninth on 39 points.

If India win the Test, then they will gain one point and will retain their third position, but if they lose, then they will drop to seventh position on 95 points, such is the tightly-packed nature of the table at present.

In case of a drawn match, India will drop to 97 points but will be ranked above England and Pakistan when the ratings are calculated beyond the decimal point.