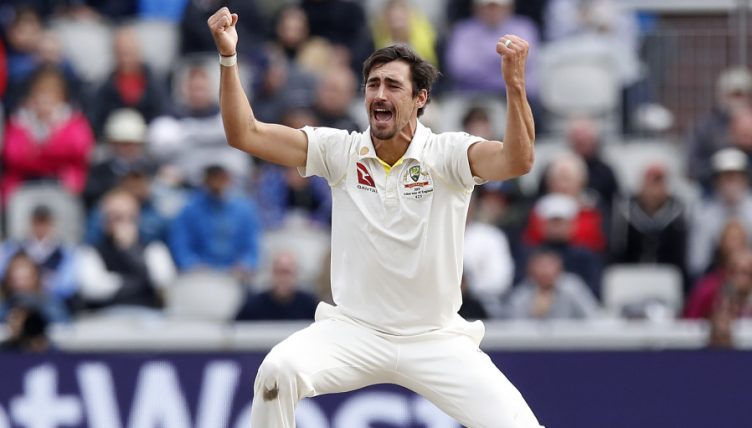 Only three bowlers have broken that mark in international cricket, and two of them are Australians in Brett Lee and Shaun Tait.

Starc himself came within a hair of joining Lee, Tait and Shoaib Akhtar during the 2015 Test against New Zealand in Perth.

The lanky paceman with a deadly yorker has also made some adjustments to his action in the hope that he can maintain a greater top speed over the course of the upcoming Australian summer.

Starc has packed on pounds of beef during Australia’s lockdown, and England could be the first to face the new and improved fast bowler.

“At the end of summers, I’ve been down to 87kg at my lowest and I’m at 93kg at the moment which is where I want to be at,” Starc told cricket.com.au.

“It’s been a good amount of time in the gym and now I’m back bowling and running and have enjoyed the time at home to be able to do that and rest the aches and pains of bowling through a 11-month tour like the other boys have as well.”

Starc is treading a fine line adding bulk to improve his strength while also conversely increasing his risk of injury by being heavier.

The paceman himself notes that each time he has come close to bowling at 100 mph, he has suffered a serious injury.

“It would be nice but at the same time the two occasions I’ve been up around that mark I’ve snapped my foot,” he said.

“Hopefully that’s not the case but when everything’s going well, that rhythm is happening and conditions suit, then I can get that speed gun up.

“Perhaps that extra time in the gym and extra time off I might be able to push the limits again.”

Starc believes that he has found the perfect balance between pace and accuracy since making tweaks to his bowling action in the 2019/20 series against New Zealand.

“At the start of the (2019-20) summer and after that UK tour, I very much got in that line and length (and) consistency mindset that the whole (fast bowling) group were about through the Ashes,” Starc recalled.

“That’s not to say that’s not important, but I think I’ve found a happy medium with this little tweak to still have that better consistency but still have my pace.

“I still want to bowl fast and I’m not going to compromise that but I had to find a way that I wasn’t expensive at the same time and I think that little tweak in the action has helped that.

“I’m still able to swing the ball and bowl decent pace and it’s helped my cluster on my pitch map, which is what the group is all about as well.”

Australia remain hopeful of touring England to play three ODIs and the same number of T20Is in September.