Home Countries Australia Aussies opt for Burns instead of Bancroft

Aussies opt for Burns instead of Bancroft 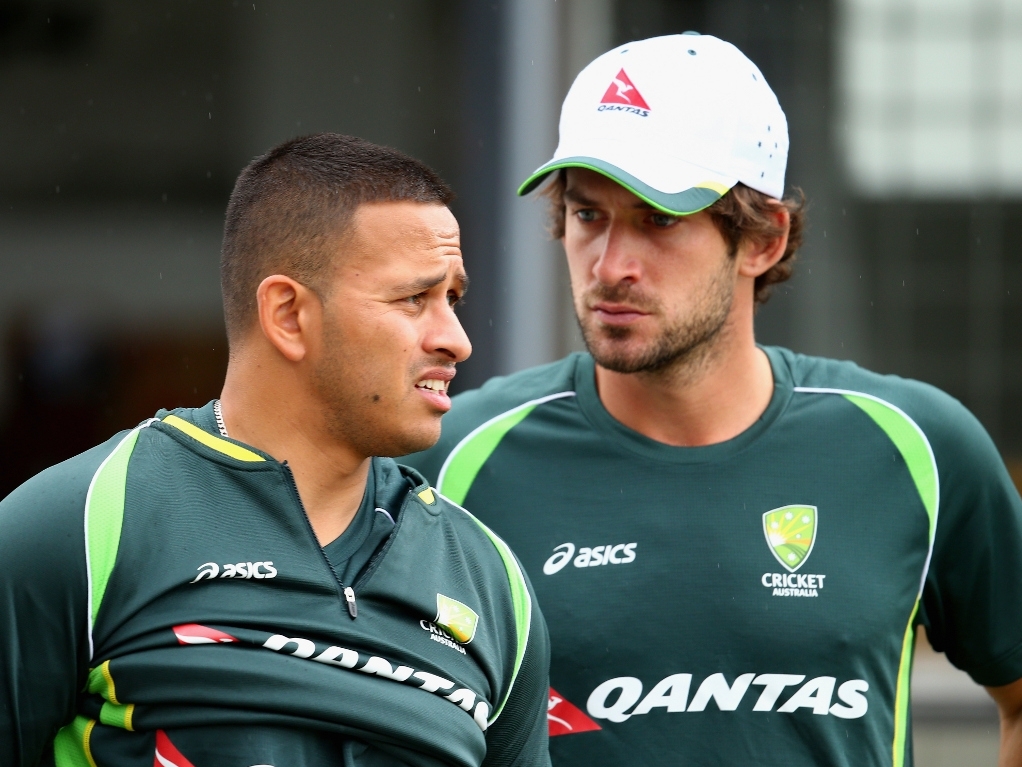 Australia have named their squad for the first two Tests against New Zealand, but have left out batsmen Cameron Bancroft and Shaun Marsh, and opted for Usman Khawaja and Joe Burns.

Bancroft was widely expected to get a debut in the first Test in Brisbane, but the more experienced Burns has been picked to open alongside David Warner instead, especially given Burns' recent form.

Khawaja, who has nine Test caps, will get another chance to impress after a great few months with the bat, and captaining the India A side. Shaun Marsh will consider himself unlucky, especially with Adam Voges clinging to his place.

National selector Rod Marsh said: "We will need to play at our best to beat a very talented New Zealand side, but we think this squad has the goods to do it and also provides an opportunity for some exciting younger players to make their mark in the Test arena.

"Usman is a very good player of fast-bowling and is a fine technician; we feel he will make a really solid contribution towards our batting this series.

"Joe thoroughly deserves his chance and was unlucky to miss out on the West Indies and Ashes tours off the back of two decent performances in his last Test match for Australia in Sydney. He also put in terrific performances during the recent Australia A Series in India."

As for Voges, who did not overly impress during the Ashes, has been retained because he is an experienced domestic captain, and at 36 is one of the senior players in the very young side.

Marsh added: "Adam is a calm player with a cool head and brings a lot of experience to the side. He has a solid Test and first-class average and will provide good support to our two young leaders in Steve Smith and David Warner."

The expected fast bowling quartet of Mitchell Johnson, Mitchell Starc, Josh Hazlewood and Peter Siddle have been picked, and it remains to be seen which of them will be 12th man.

Marsh said of the pacemen: "We are pleased with how our bowling unit is going at the moment. Both Mitchell Starc and Josh Hazlewood had fantastic performances in the Matador Cup and Mitchell Johnson looks ready to fire after a decent break.

"Off the back of a great bowling performance in the last Test Peter Siddle earns his selection with Nathan Lyon, a proven performer in the side rounding out our attack."