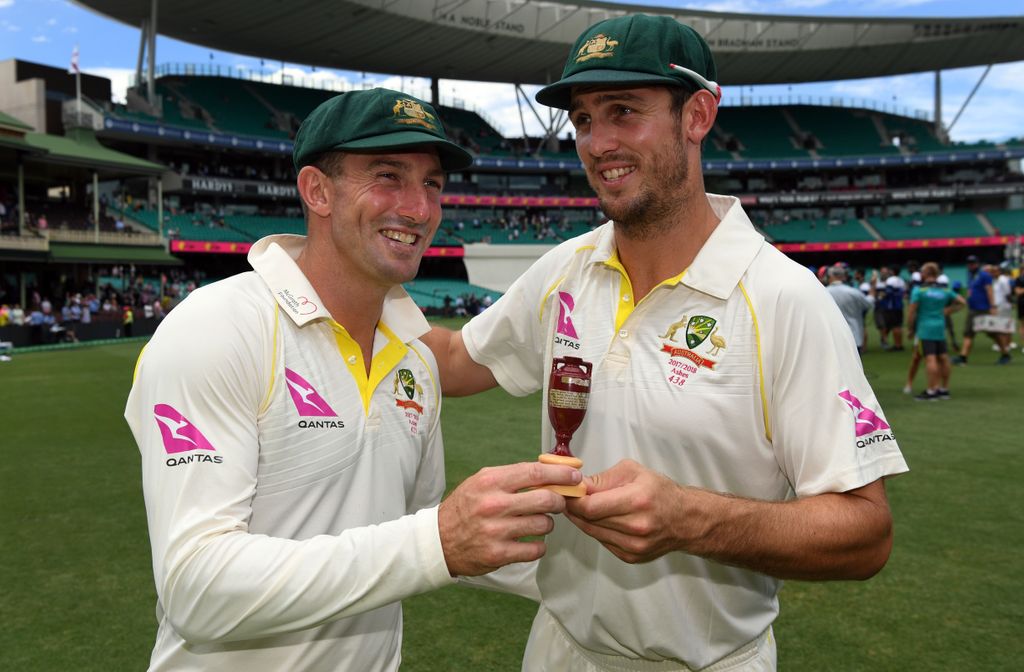 Australia have dropped Shaun and Mitch Marsh as well as Peter Handscomb and Aaron Finch for the upcoming Test series at home to Sri Lanka with Joe Burns and Matt Renshaw earning recalls.

The shake-up in the batting order comes after no Australia batsman registered a century in the recent four-match Test series against India, which the Aussies lost 2-1.

Australia selector Trevor Hohns said: “Ultimately Aaron, Peter, Shaun and Mitch have not produced the performances expected of them with the bat at the Test level.

“They have been given good opportunity, but have not produced the scores we need.

“All four are very good players, and the door is by no means closed for them to return to play Test cricket for Australia.

“They will all feature in the ODI series against India, and each of them forms an integral part of our white-ball strategy and set-up at the moment as we also focus on our journey to the 2019 Cricket World Cup.

“The challenge now is for them to make runs for Australia in the upcoming ODIs, and then to go back to the Sheffield Shield and make more runs.”

Burns is the fifth-highest run-scorer in the Sheffield Shield this season, with 472 runs at an average of 47.20, including four fifties but no hundred while his Queensland teammate Renshaw been picked on past Test performances where he has a century and three fifties in 11 games.

A surprising selection is that of 20-year-old Victoria batsman Will Pucovski, who only has eight first-class games under his belt but averages close to 50.

Hohns continued: “Joe Burns has had strong performances in first-class cricket this season, and we believe he can contribute strongly if given the chance in the series.

“Matt Renshaw is a player with the ability to make big scores, and at 22 years old has 10 first-class centuries. He also performed extremely well in England during the County season.

“We see him as a long-term prospect as a Test player and have confidence in his ability to bounce back following a string of low scores early in the Shield season.

“Will Pucovski is an exciting young player who is making his mark in the Sheffield Shield. He is another player with a track record of making centuries.

“We look forward to him joining the squad and congratulate him on his first national call-up.”