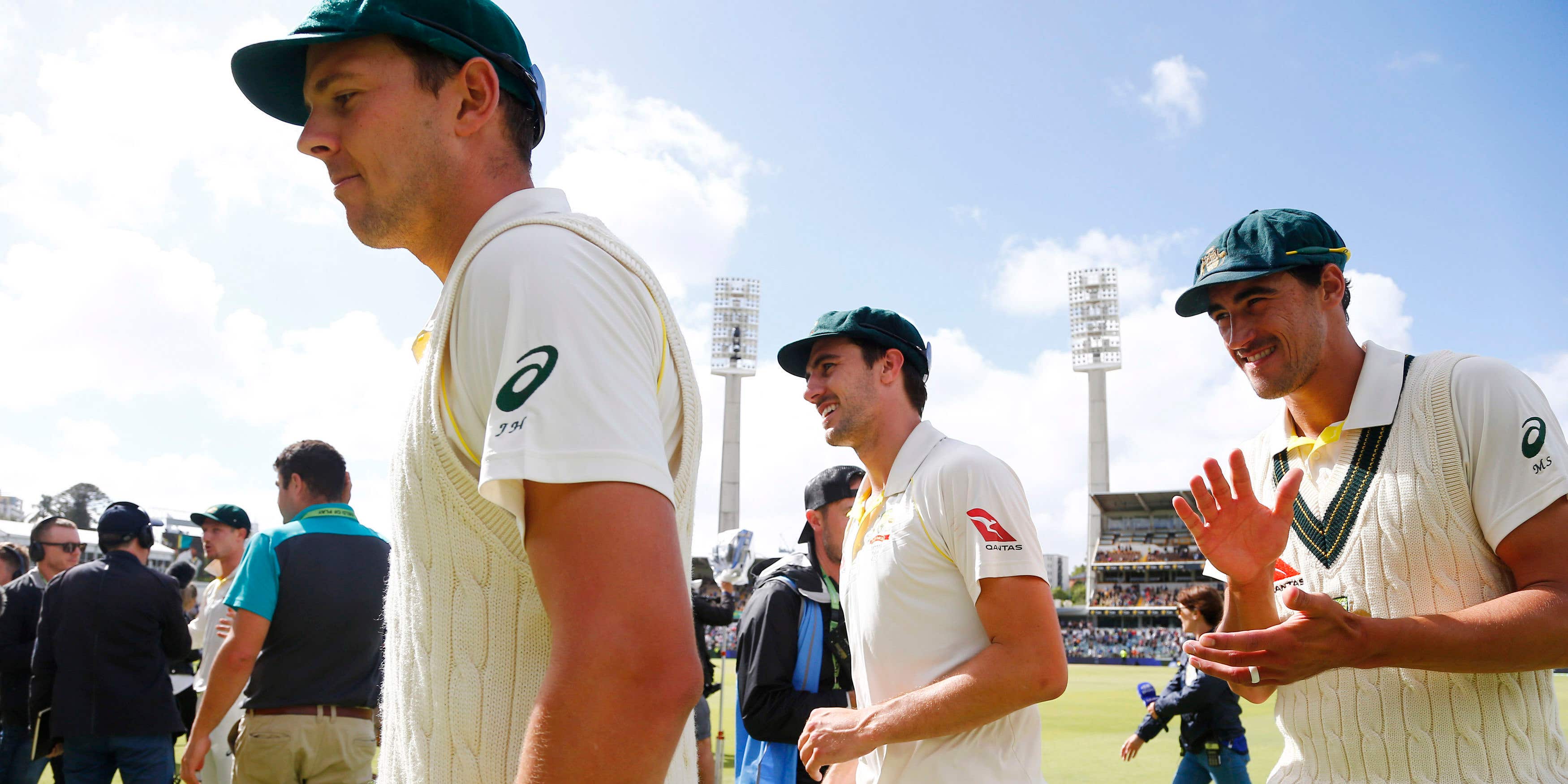 Australia bowlers Mitchell Starc, Josh Hazlewood, Pat Cummins and Nathan Lyon have once again denied any complicity in the 2018 sandpaper scandal and called for “an end to rumour-mongering and innuendo”.

The ball-tampering episode saw Cameron Bancroft banned for nine months, while Steve Smith and David Warner were each suspended for a year as ring leaders.

The remainder of the touring team in South Africa were cleared of any wrongdoing by an internal investigation but the issue is back in the headlines after Bancroft gave an interview which appeared to suggest the bowlers’ awareness of the plot was “pretty self-explanatory”.

A host of former players have lined up to have their say, with the likes of Adam Gilchrist and Michael Clarke suggesting the probability of more widespread involvement.

England’s Stuart Broad, meanwhile, reiterated that no changes to the ball would escape the notice of England’s leading bowlers. Cricket Australia has approached Bancroft seeking new information but the four-man attack involved in the ill-fated Newlands Test have collectively issued a statement protesting their innocence.

Addressed to ‘the Australian public’ and released via Starc’s website, it read: “We pride ourselves on our honesty. So it’s been disappointing to see that our integrity has been questioned by some journalists and past players in recent days in regard to the Cape Town Test of 2018.

“We have already answered questions many times on this issue, but we feel compelled to put the key facts on the record again: we did not know a foreign substance was taken onto the field to alter the condition of the ball until we saw the images on the big screen at Newlands.

“We respectfully request an end to the rumour-mongering and innuendo.”

The quartet go on to state that English umpires Nigel Llong and Richard Illingworth did not change the ball having found “no sign of damage”.

The players add: “None of this excuses what happened on the field that day at Newlands. It was wrong and it should never have happened.

“We’ve all learned valuable lessons and we’d like to think the public can see a change for the better in terms of the way we play, the way we behave and respect the game. Our commitment to improving as people and players will continue. It has gone on too long and it is time to move on.”