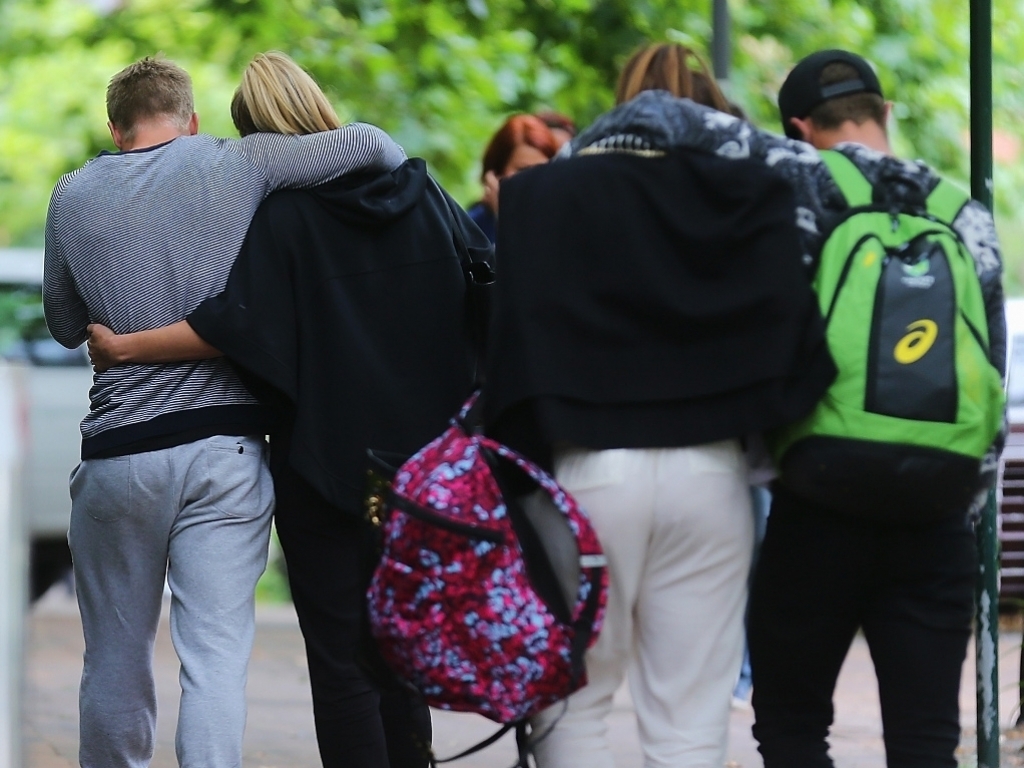 The Australian cricket community was devastated by the loss of one of their own on Thursday, as talented batsman Phil Hughes succumbed to his injuries at the age of 25.

Hughes passed away at a Sydney hospital after being struck on the back of the head by a bouncer during a Sheffield Shield game on Tuesday. He never regained consciousness after being rushed from the field for emergency surgery.

Australia players, past and present, took to Twitter to express their grief, though many of the current Baggy Greens, like Michael Clarke, David Warner, and Aaron Finch, were notably off-line initially, having been at the hospital with Hughes.

Coach Darren Lehmann: "RIP you little champ, we are all going to miss you! Love, prayers to all the Hughes family xxxx"

All-rounder Steve Smith: "Rest in peace Hughesy. I am really going to miss you. You were 1 of the great blokes and I will never forget you. #408 will live on forever."

David Warner, later in the day: "RIP my little man. You will always be with me when I walk out onto the field. Not just a mate but a loved one to us all big man. Forever in my heart brother for life. Miss you buddy."

Big Bash League batsman Joe Burns: "Absolutely shattered. Our cricket family has lost such a great person. Thanks for the memories, we will never forget. Thoughts prayers love."

Australia spinner Fawad Ahmed: "What a great man we lost, what a lovely person he was.U left us too early brother.We r all heartbroken. A dark day in history of Cricket"

Former players and coaches were also fulsome in their praise of the gritty batsman, while many also send love to bowler Sean Abbott, who was also a visitor to the hospital and had received counselling.

Tom Moody: "At this tragic time spare a thought for Sean Abbott a young talent player just making his way in the game. #RIPHughsey"

Michael Slater: "There are just no words to express the sadness I feel. The world has lost a great man!"

Brett Lee: "No words can describe the loss. Rip "

Matthew Hayden: "Rest peacefully our little brother…may God hold you in the palm of his hand forever. Deepest sympathies to the Hughes Family and friends"

Craig McDermott: "RIP Hubert, we will all miss you smiling face and fighting spirit. You are the Baggy Green from top to bottom"

Adam Gilchrist: "May those footprints in the sand now support another young man in need. #SeanAbbott"

Glenn McGrath: "Such terrible news with the passing of Phil Hughes. Our deepest sympathies to his family."

Dav Whatmore: "Deepest sympathy's to Philip Hughes' family. I'm in complete shock. @seanabbott77 stay strong, our thoughts are with you too. Total accident"

Shane Warne: "Woken to the horrific news about Hughesy ! I cannot describe the sadness I feel for the Hughes family & fellow cricket players, so so sad"

He added: "Just an absolute tragedy that Hughesy is no longer with us. He was such an awesome young man, RIP buddy, shattered…"

Greg Blewett: "Honoured to have spent the last few months with Hughesy. Absolute gun cricketer and even better young man.#numb #408"