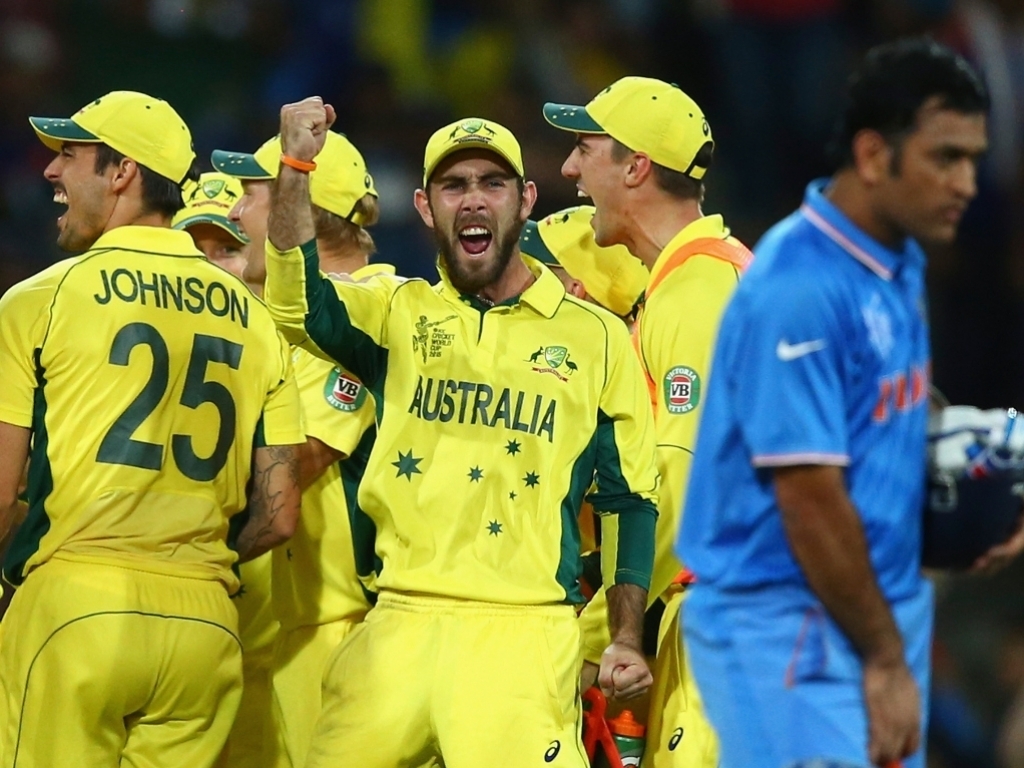 The World Cup organisers could not have asked for a better final line-up as Australia beat defending champions India by 95 runs on Thursday to join co-hosts New Zealand in the showpiece match at the MCG on Sunday.

India were unable to chase the 329 required at the SCG as their batsmen failed to counter the pace bowling the Aussies dished up, and the hosts advanced to their seventh World Cup finale, aiming for their fifth title.

The Aussies won the toss and opted to bat, hoping the deck would have plenty of runs in it. They lost a furious David Warner early on, for 12 to Umesh Yadav, and that was no bad things as Steve Smith walked in.

The young batsman proceeded to play a classic innings, with Aaron Finch at the other end to anchor him, and the pair took the score from 15 to 197 across the next 30 overs. Smith recorded his century off 89 balls.

Finch's fifty came off 82 deliveries and he was a much more subdued figure, but his 81 was a vital contribution as it turned out, because wicket started tumbling and their hopes of 400 faded away rapidly.

Smith and Finch were both bagged by Yadav, before Mohit Sharma continued his good tournament form by removing Shane Watson and Michael Clarke, the latter for just 10. Ravi Ashwin had earlier accounted for Glenn Maxwell, for 23.

The Aussie tail is a strong one though, and James Faulkner blitzed a quick 21 before being bowled by Yadav as well, and then Mitchell Johnson ensured a 300-plus score with a brisk 27 off just nine balls.

While the score wasn't as high as they'd have liked, the hosts came out confident of defending it, and the India openers could not score freely initially. Shikhar Dhawan did free his arms though, but was out for 45.

Virat Kohli was the key to the chase but was out for just one to Mitchell Johnson, who was overjoyed, and he also bagged Rohit Sharma for 34 with a peach of a delivery that send the bails flying.

Suresh Raina fell for seven to Faulkner, leaving MS Dhoni and Ajinkya Rahane to try and keep the chase realistic, but while they stuck around for a while, they never really got going in a way that could see them get close.

Rahane was out for 44, and then Dhoni was run out by a Maxwell direct hit. The skipper didn't even dive for his ground, and walked back with a score of 65. From there is was easy pickings, as Faulkner and Starc cleaned up the tail.

The Aussies will now go to Melbourne to face the Black Caps on Sunday, the latter side never having reached a final before.