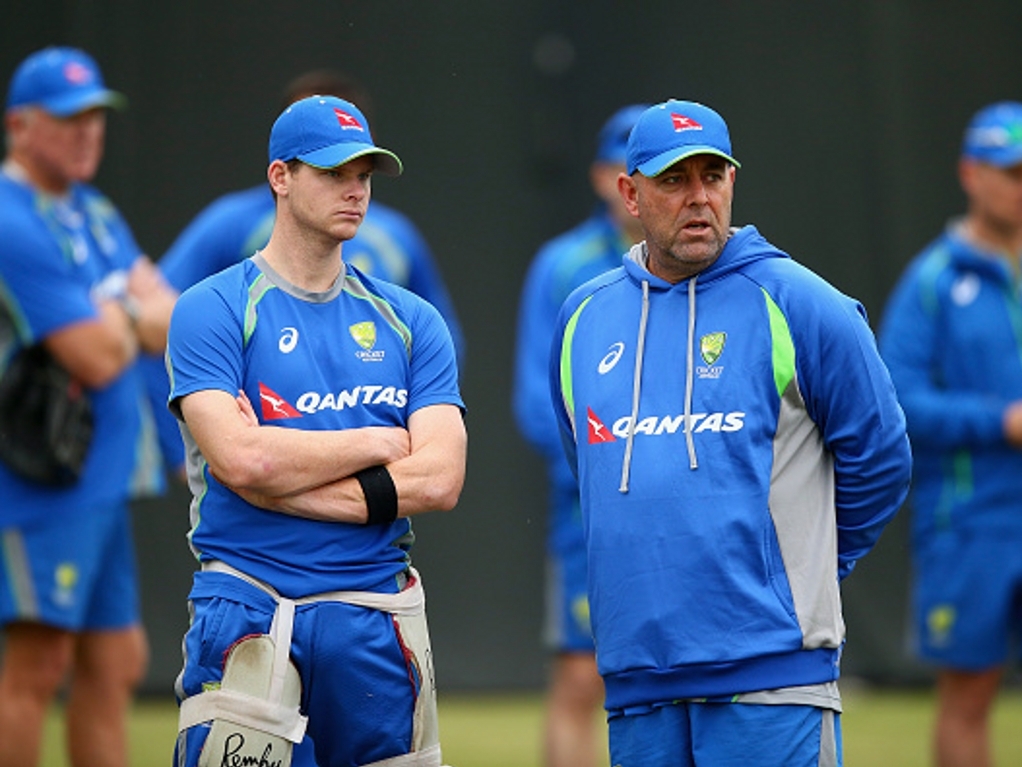 Australia coach, Darren Lehmann, says he expects the pitches in Sri Lanka to start out flat but deteriorate at the back end of the Tests.

Lehmann also anticipated that Sri Lanka would try to test the patience of Australia's aggressive batting lineup, by blocking off the boundaries.

The Oz boss also took the time to praise the two spinners in the squad, Steve O'Keefe and Nathan Lyon.

Speaking to ESPN Cricinfo, Lehmann said: "You play the conditions on each game, so for us it did start to turn a lot [at P Sara Oval], which is pleasing, our spinners exploited that very well, so the conditions they're learning to bowl in is pretty important as the Test matches wear on here in Sri Lanka,

"They're pretty good wickets to start with, and that's the challenge for us, going big and making big runs.

"We know that Sri Lanka will defend a lot once batters are in, so it's going to take a lot longer to get your runs if that makes sense. We've spoken about the need to bat long periods of time is going to be key, which we've done pretty well to be fair over the last little while, but the challenge is to do it here.

"Knowing the game is going to speed up as the wickets deteriorate, that's going to be important to be ahead of the game in the Test series, but really happy with where everyone's at. Our batters have a big role to play and our bowlers were probably a little bit rusty in the first innings but pleased we got through, there's no injury concerns and away we go."

The star of the warm up game against a Sri Lanka XI was undoubtedly O'Keefe, who bagged a brace of five-fors and added an unbeaten 78 with the bat, to almost certainly book his place in the Test XI.

Lehmann praised O'Keefe: "He's been excellent for NSW, had a lot of success in Shield cricket, his 200th first-class wicket today so pleased for him,

"He's worked really hard, he's a really lively, buzzy character for us and played exactly the role we want him to play over here in this game. Bats really well, fields really well and complements Nathan really well, spinning the other way."

The coach confirmed that Australia are likely to play both spinners in the first Test, saying: "We think that [twin spin] is the way to go. India do it there with Jadeja and Ashwin and most teams have a spinner going both ways, so for us that's important."

After disappointing tours to Asia in the past, Australia have opted to travel to the subcontinent early to acclimatize: "We've come over here a little bit earlier than we normally would, we think that's a helpful thing in future, we haven't done that in the past,

"So to come a little bit earlier here and go a bit earlier to India to get acclimatized for an extra few days and hopefully an extra game in most places."

As the first Test draws nearer, Lehmann confessed he would like to get a look at the Sri Lanka squad, to plan for individual opponents: "I wouldn't mind the side at some stage,

"That's the challenge, I don't think anyone knows what squad they've got. Once they name their squad we'll work through that. We know a bit about them. They'll be a lot better side at home, and that's going to be a challenge for us, but end of the day we just worry about what we're doing. Once we get their squad away we go."

Australia have one player, David Warner, carrying an injury but Lehmann expects his vice captain to be in the XI: "We're preparing for him to play."

The first Test between Sri Lanka and Australia will commence on July 26 at the Pallekele International Cricket Stadium in Kandy.