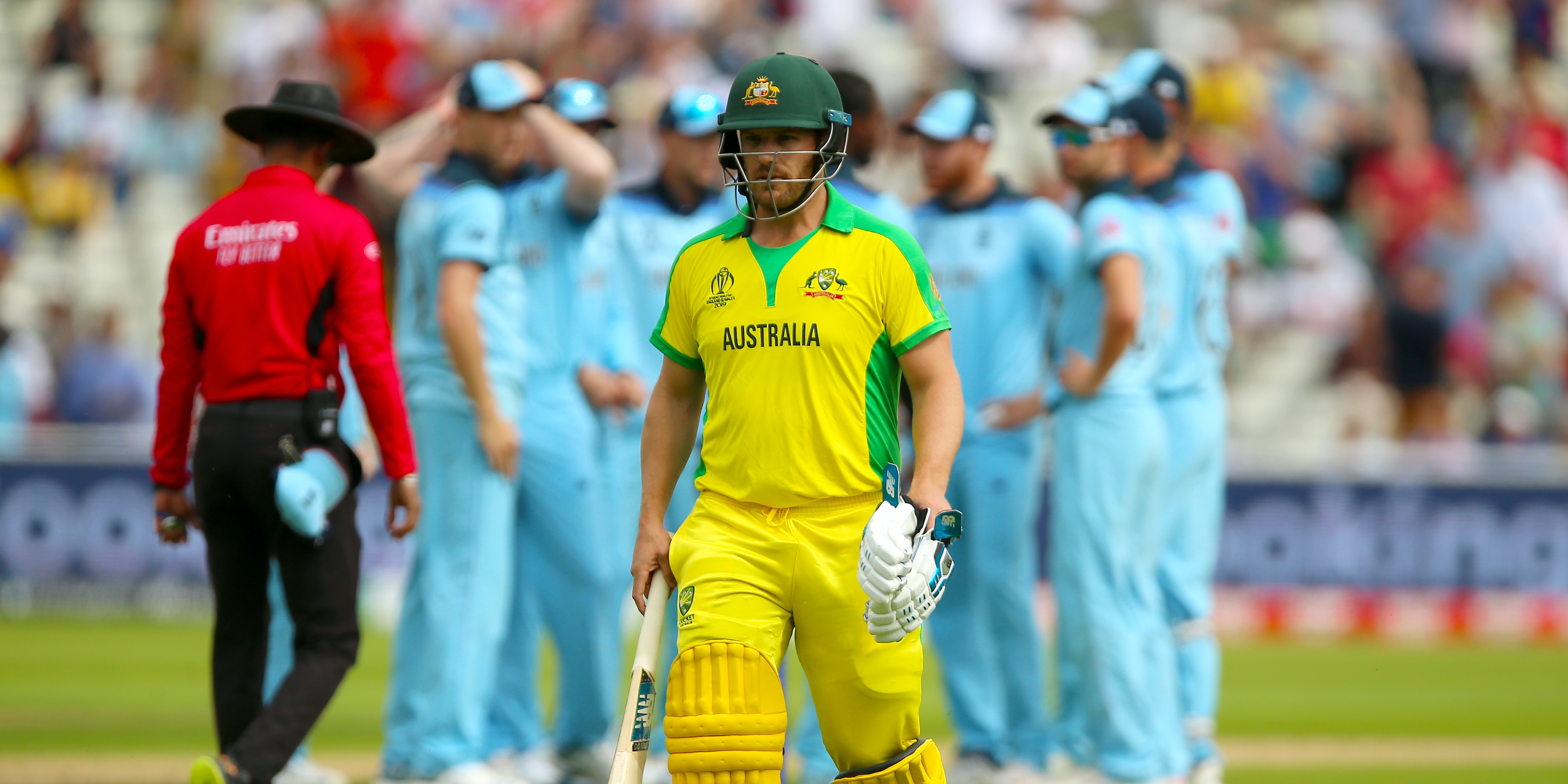 Aaron Finch insists Australia have no scars after last year’s World Cup semi-final defeat to England ahead of this summer’s white-ball series between the teams.

Eoin Morgan’s men triumphed by eight wickets after dismissing their rivals for 223 at Edgbaston en route to becoming world champions on home turf in 2019.

Australia and England will renew acquaintances on Friday, with three Twenty20 matches at the Ageas Bowl followed by three one-day internationals at Emirates Old Trafford.

While Finch was eager to point out the first white-ball meeting between the sides since last July is in a different format, he highlighted the skill of their opponents.

“Looking back to that game, we didn’t get enough runs. We were three down early with the bat and always chasing our tail,” Australia’s captain said.

“When you have a quality side, well the best in the world, chasing a small total and with how aggressive they are, you need early wickets and they blew us out of the water.

“It was a tough day but it is a different format and we are not holding any scars over that, I can guarantee that in T20 cricket.”

Friday’s match in the sprint format will be Australia’s first competitive fixture since March when the coronavirus pandemic forced their white-ball series with New Zealand to be called off.

During the enforced break, Finch revealed plans to win back the World Cup in 2023 stepped up a notch with no cricket to focus on.

England captain Morgan repeatedly spoke about the importance of a four-year cycle put in place after the current world champions had disappointed in the 2015 edition and Australia are eager to follow a similar template.

Finch added: “I think the long play is honestly really important and something we have been sitting down and planning over the last few months.

“Probably what the Covid break did for Australian Cricket was give us the chance to sit back and look at everything as a whole and dissect that.

“When you move from series to series, you almost focus on the results a lot more so to take the results out and sit back and assess everything leading up to the 2023 World Cup and work back from that date gives us a really clear plan on the direction we want the one-day team to go.

“I think we have done the planning really well in T20s over the last couple of years obviously with that meant to have gone ahead around this time but the 50-over one we feel we have a clear direction both with personnel and strategy.”

Preparations for that tournament officially get under way on Friday when the number one side in the sprint format take on second-placed England.

One player who may not be involved for Australia is Marnus Labuschagne despite a 51-ball century in the final intra-squad match on Tuesday.

“We are pretty settled on the way we structure our T20 side at the moment, he played nicely the other day, but I think he might have to wait a little bit longer in T20 cricket,” Finch said.

Australia’s captain also confirmed the team would not take a knee on Friday in the first match the country have played since the Black Lives Matter movement took centre stage after George Floyd’s death in May.

“I have spoken to Eoin, we are not going to do a specific gesture like has happened in the past,” Finch said.

“We are really proud to play a game where it is celebrated all around the world and anyone can play it, it doesn’t matter what race, religion or nationality.

“Cricket is a game for everyone and I am really proud about that, but also the education is far more important than the protest.”