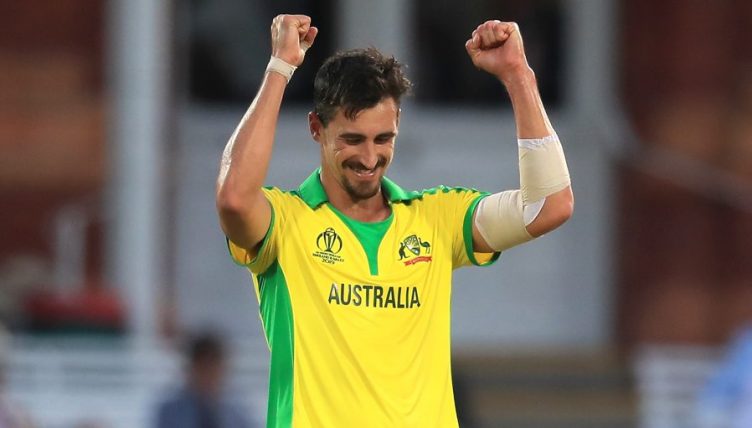 It has been quite the turnaround for Australia. This time last year under the captaincy of Tim Paine, they were being thrashed 5-0 by England in an ODI series on these shores. They looked a side devoid of quality, self-belief, effective gameplans and just appeared to be going nowhere.

Yet here we are at the World Cup with Australia boasting five wins and just the one defeat against a very strong-looking India. They’re virtually guaranteed of a semi-final spot (at worst) and no-one is dismissing them as potential World Cup winners. They are after all the defending champions and for good measure, won three World Cups in a row before that Indian triumph back in 2011.

But what’s caused the change around in events that’s put them in such a strong position this tournament, to the extent that they’re now one of the tournament favourites?

Finch for Paine Very Much the Right Move

The first thing Australia did right was to replace Tim Paine with Aaron Finch as skipper back in October 2018. Not only is Tim Paine not the most natural ODI player around but he’s not the best limited-overs skipper, either.

Leaving him out of the side completely means that Finch, who had plenty of experience of captaincy in limited-overs cricket from domestic duties, comes in as a man more qualified for the role. It also means that they can play Tim Carey as the wicket-keeper batsman, a far better batter than Paine, with Carey very capable of scoring quickly at the back end of an innings. His knock against the West Indies went a long way to them winning that match.

A quick look through the scorecards of that ODI series thrashing against England will also have shown that Mitchell Starc and Pat Cummins didn’t play. The two star pacemen have been Australia’s go-to men with the ball for a while now and having been recalled after often being rested in the ODI format over the years, have shown their worth with 15 and 11 wickets respectively. That makes them ranked joint-top and sixth for most wickets in the whole tournament.

And it’s not just the wickets. At crucial times, they’ve come in and stemmed the flow of runs, sometimes just as valuable as actually getting batsmen out.

We must now address the elephant in the room. After the Sandpapergate affair, the world of cricket will have been pretty split over whether David Warner and Steve Smith should have been selected for the World Cup. But the Aussie selectors themselves didn’t have any doubts.

They both came straight into the team and have repaid the faith. Warner is currently the leading runscorer of the World Cup with 447, runs including two centuries and two fifties.

Although strangely pedestrian at times at the start of his innings, he’s caught up well in terms of strike rate as the innings progresses and looks like being back to his best.

Smith hasn’t been quite as prolific but three fifties from six knocks have provided just the sort of middle-order stability that the likes of Travis Head couldn’t provide while he was out suspended.

What About Team Morale?

No one doubted that Warner and Smith would get runs once they were selected to play. The bigger concern was how the rest of the team would react to their return.

No-one really knows how the players felt about the way they blatantly cheated and how the team as a whole was dragged through the mud as a result of their actions. Not to mention there may have been quite a lot of sympathy among some of the players for guys like Pete Handscomb and Shaun Marsh, who played really well when those two were out and… were unceremoniously dropped when they came back. The former dropped from the WC squad, the latter from the first XI.

It’s hard to know what exactly goes on beyond the scenes but their ‘reintegration’ (as everyone called it when a similar thing happened with England’s Kevin Pietersen) seems to have been pretty smooth so far.

There’s been plenty of praise for their performances among their team-mates, back slapping in the light of good fielding and no visible hard feelings. Unsurprising when they’ve scored 691 runs between them and are doing their utmost to help their side win a World Cup.

Aaron Finch has been excellent, scoring 396 runs so far, including a century and three fifties. Perhaps most impressive of all is his strike rate of 109. From among the Top 10 runscorers in the tournament only that of England skipper Eoin Morgan (124), is better.

His fast starts with some brutal early hitting have allowed Warner to play in a more patient way in those early overs. The fact Finch has scored so fast means Warner is under less pressure to tee off himself.

They’ve also shown their competitive spirit of old. They recovered from an awful start with the bat against the Windies to post a decent total and then showed all their fighting spirit to successfully defend it.

Against Pakistan they kept their discipline and patience as Pakistan’s lower order started swinging for the rooftops and kept finding the boundary. They didn’t panic, knowing that bowling in the right areas would see them rewarded sooner or later. It did.

Are Australia the Team to Beat?

They’re definitely heading in the right direction but there’s still plenty of room for improvement.

Aside from Starc and Cummins, no-one else is bowling particularly well. Those two can’t keep on playing out of their skins every match and even if they do, it won’t be enough if everyone else is going for a load of runs. There’s also a concern that as the pitches get more worn and the weather improves, the spinners will come to the fore. Except in Australia’s case, maybe they won’t. Adam Zampa has been expensive and isn’t taking wickets, while Nathan Lyon is yet to get a game.

The other big concern of course is: who have they beat? The five games they won were against the sides currently sitting in fifth, sixth, seventh, eighth and tenth. The one game they played against a team in the Top 4, India, they lost pretty comprehensively.

The acid test will of course be when over the next two weeks they play England and New Zealand, in particular, and South Africa to a lesser extent. The first two are proper candidates to go all the way while the Proteas have an old rivalry against the Aussies and will give it their all, even if the result is largely irrelevant to them in terms of semi-final qualification.

Wins against the weaker sides have certainly put the Aussies in a strong position to make the last four and that’s the most important thing at this stage. But we’ll learn a lot more about where they are in the next couple of weeks.

They may be well set on their road to recovery but the finishing line of a World Cup triumph still looks a long way away.