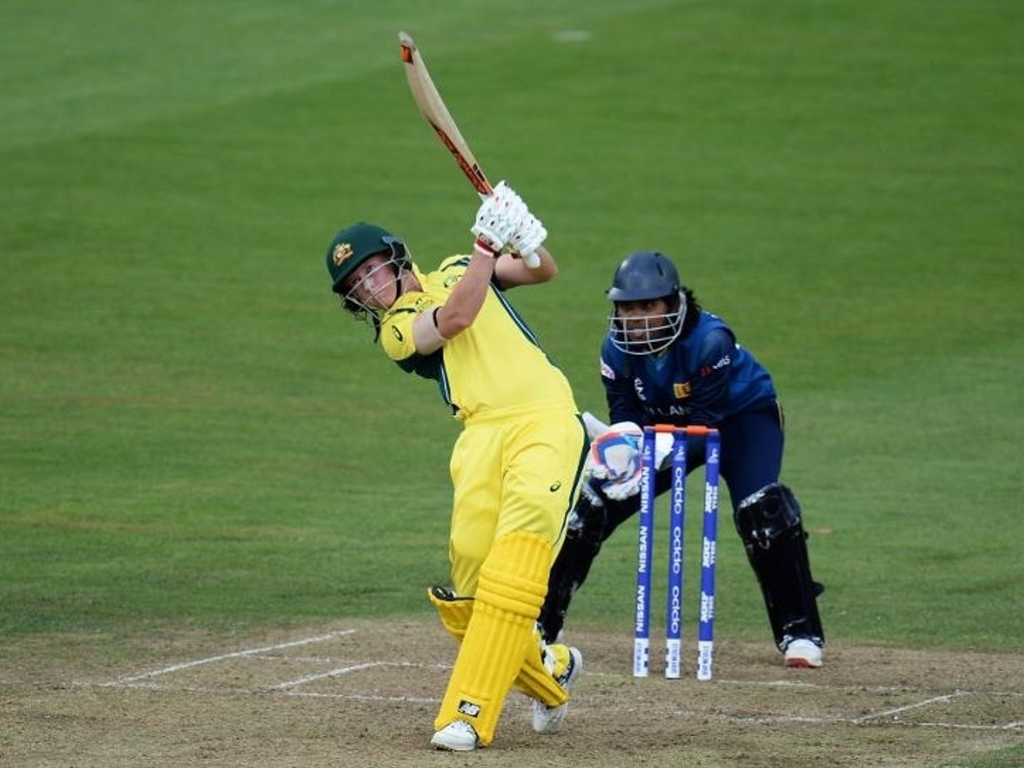 But lack of support from other batsmen, sloppy fielding and ordinary bowling meant the defending champion had an easy eight-wicket win for its second consecutive victory in the ICC Women’s World Cup 2017.

After Sri Lanka were restricted to 257 for 9, Meg Lanning made 152 not out (135 balls) – her highest score – to steer Australia’s chase. She had two substantial partnerships with Nicole Bolton and Ellyse Perry to take Australia to 262 for 2 in 43.5 overs. Perry helped herself to a brisk 39 during an unbroken partnership of 124 in 18.2 overs with her skipper.

Athapaththu caught Beth Mooney at cover in the second over of Australia’s chase, and suddenly the game came alive. Off the very next ball, Bolton was dropped and Sri Lanka had little luck left in its kitty after that.

Australia arrived in England aware that this was the most open World Cup, and had prepared for all eventualities. Having beaten Windies easily, Sri Lanka offered them their first real challenge and they met that admirably.

Bolton, who followed her unbeaten 107 against Windies with 60, and Lanning, who is soon establishing herself as the superwoman of the game, brought all their class to the fore. Apart from a few inside edges, at no point did they look out of control. It helped that the fielders were slow in the infield, allowing easy singles every time there was an opportunity.

With the bowling not really up to the mark, the onus was on the fielders to create the dot-ball pressure. But they never really managed to create that, and boundaries at regular intervals only made things easier for Australia during the second-wicket partnership of 133 runs in 23.3 overs.

Nipuni Hansika caught Bolton at backward point in the 26th over, and it seemed to be the opening that Sri Lanka were after. Lanning, though, was set, and she got another wonderful ally in Perry. The duo accelerated the scoring with regular strike-rotation, even as Lanning flicked Sripali Weerakkody in the 34th over to bring up her 11th century.

Already the first woman with ten centuries, Lanning expanded the gap between her and the rest. Considering she is still only 25 years old, there is no limit to how many more centuries she could end up scoring over the next few years.

Consistency is the biggest lesson Sri Lanka would have learnt from Lanning. Put into bat in overcast conditions, Sri Lanka lost Hansika in the first over. After that, the stage was all Athapaththu’s. She was brutal in attack, like Sanath Jayasuriya – her idol. She, though, would have loved a bit more support from the rest of the batsmen. Strangely, none of the Sri Lankan top-order batsmen were able to adapt the way Athapaththu did. It did not take long for it to look as if Athapaththu and her team-mates were playing two different matches.

While she attacked Perry, who finished with figures of 8-0-52-2, and took a particular liking to the spinners who would have loved extra protection between mid-wicket and long-on, the rest did not turn the strike over enough to give her adequate strike. Nowhere was this better obvious than in the final over, when she took a single off the first ball, and then saw the tail-enders eat up the remaining five balls, denying her a chance to go for her double-century.

On a day when two high-class innings were played and 54 fours and seven sixes were hit, it was only fitting that the team that was better in other departments prevailed. Lanning hit a straight six to bring up her 150 and end the game, with the floodlights having taken full effect and the public announcement system playing out some jazzy numbers.