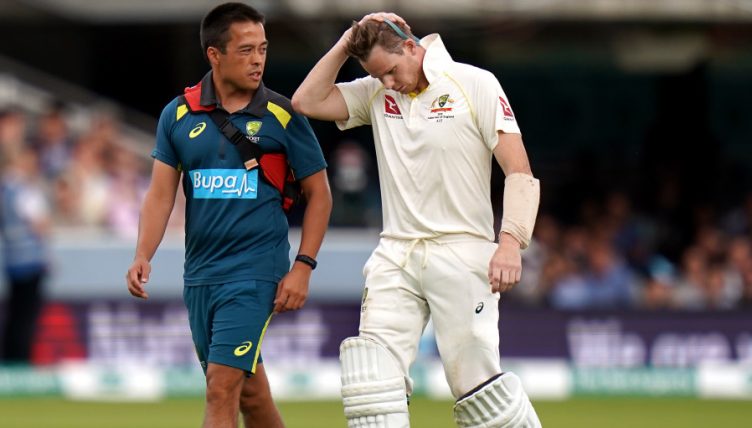 Australia’s Prime Minister Scott Morrison has berated England fans at Lord’s who jeered Steve Smith following the vicious blow sustained to his neck, describing the reaction as a “total foul”.

Smith was felled by a 92mph bouncer from Jofra Archer mid-way through the afternoon session in a scene eerily reminiscent of the tragedy that sadly took Phillip Hughes’ life in 2014.

Against his own wishes, Smith was persuaded to retire hurt to undergo the concussion protocol, but the batsman returned to resume his innings later that day, adding a further 12 runs and falling just eight runs shy of a third successive century in the series.

David Warner, and  Steve Smith to a lesser extent, have been jeered by certain sections of the home crowd throughout the series for their part in the now infamous Sandpapergate ball-tampering scandal of 2018.

Despite the vast majority of those in attendance at Lord’s applauding Smith as he returned to the middle, a few audible boos were heard ringing around the stadium.

Aussie PM Morrison took to Facebook to express his displeasure on Monday, calling it a “total foul” that Smith had been the subject of jeers from the crowds – and urged the 30-year-old to silence the boo-boys by “bringing home the Ashes”.

Morrison continued: “A draw for the second test but it was a total Ashes foul for the crowd at Lords to boo Steve Smith.

“His performance on the pitch during his return to Test Match cricket in the UK demands nothing other than respect.

“He’s a champion and has handled the events of the past year with a real humility.

“The crowd could learn a thing or two from Steve Smith and I look forward to him answering his hecklers with bat and ball in hand to bring home the Ashes.”