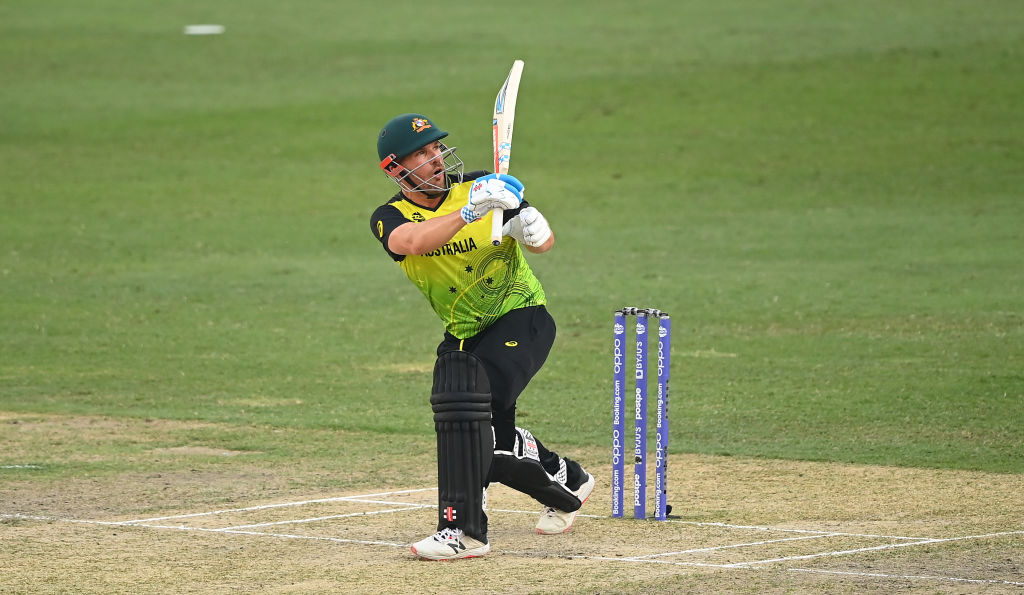 Australia skipper Aaron Finch will be pleased that his team have their fate largely in their own hands heading into their final match of the Super 12s.

Speaking after his side beat Bangladesh in quick time, to seize second spot on the group table from South Africa, Finch couldn’t bring himself to back England in their match against the Proteas.

If Australia beat the West Indies, they may need no favours from England in their match against South Africa which will follow on Saturday afternoon.

Coming into the match Australia were behind South Africa on net run rate but a massive win over Bangladesh has put them just ahead.

Australia play first but that will mean that South Africa will have a very clear picture of what they need to do to qualify for the semi-finals.

Finch insisted that his team would be focused on their task against the West Indies.

When asked after the win over Bangladesh if he and his team will be backing old foes England after their match, Finch said: “Don’t know if we ever are! We have to play well against West Indies.”

Finch praised bowlers Mitchell Starc, Josh Hazelwood and Adam Zampa for putting Australia in a position to score a big win over Bangladesh and improve their NRR.

“Mitchell Starc set the tone and Hazlewood followed with that in the second over.

“We thought we would take the opportunity to win big if we got the chance, but you can’t plan for that.

“At the half-way mark, we knew [we could get past South Africa]. When you have that opportunity, you have to take it.

“Starc saw some swing in the first over. When he’s back to his best, that happens early. Zampa’s 5 for 19 was outstanding.”

Zampa was the man of the match for Australia, becoming the third player to claim a hat-trick at the T20 World Cup on his way to a first five-wicket haul in the format.

“Playing for 5-6 overs and nice to get one. (On the hat-trick) I had three overs between that ball and the next one, I don’t know if anybody else knew.
“But I think I wouldn’t have had as many wickets as I do had it not been for Wadey’s hands.

“I think the quicks have been quite difficult to score off in the powerplay. Guys like Maxwell have also bowled really well.

“Teams are coming harder during the middle overs, so that gives wicket-taking opportunities for guys like Adil Rashid and me.

“My job is to take wickets through the middle, and that doesn’t change (if Ashton Agar is also picked).

“Sometimes you bowl in the powerplay sometimes at the backend. Today was just about wickets. We wanted to chase down whatever they posted.”