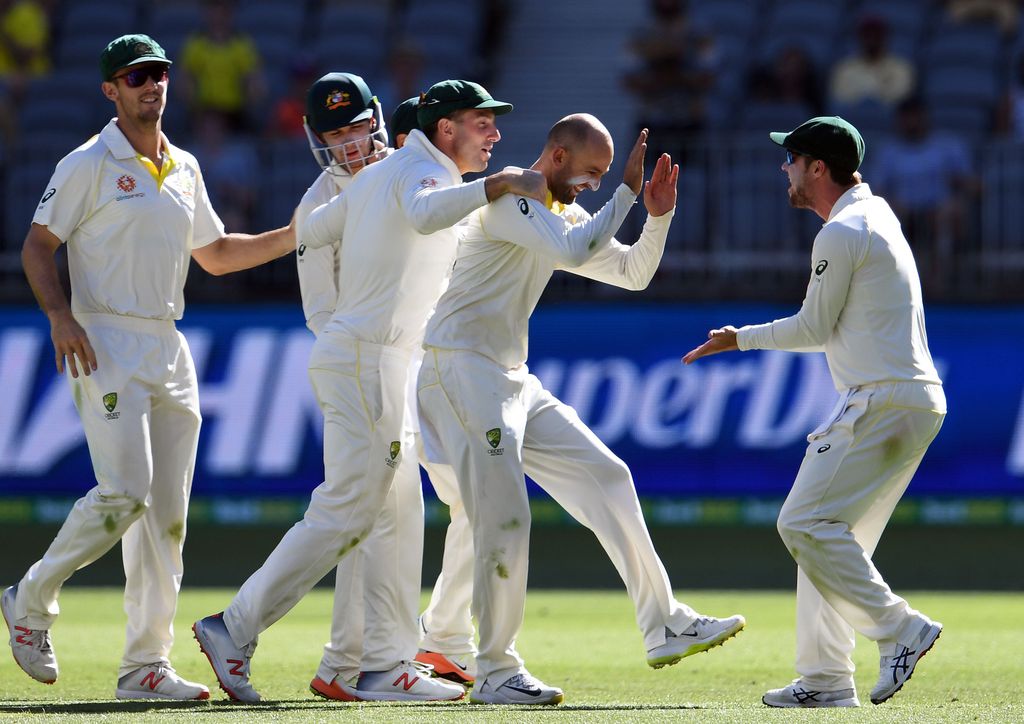 Australian spinner Nathan Lyon has been catapulted into the top ten of ICC test bowling rankings following a purple patch of form.

The offspinner produced a man of the match performance in the second test against India in Perth, finishing with match figures of 8/106 to help the Baggy Greens to a 146 run victory and level the series.

Lyon’s efforts have moved him up to seventh in the official test bowling rankings as he continues to become Australia’s most prolific spinner since Shane Warne.

The former groundsman – who has 334 test scalps to his name – has also crept into the top 25 in the all-time test wicket takers list.

“It’s a bit surreal,” the 31-year-old told a press conference.

“Those types of milestones for me personally haven’t really sunk in. I don’t think I’m at the top of my game yet. I think I’ve still got a lot of improvement, a lot of learning about the game and about off-spin bowling. I believe there’s a lot around the corner for me if I keep working hard and keep wanting to get better.

“At the end of my career I’ll sit down with my family and friends and hopefully have a beer with mum and dad and my brother and everyone else and just go ‘OK, that’s where we got to, that’s pretty special’. But I’ve got a lot to achieve in my eyes.”

Lyon is joined in the rankings by fellow teammates Pat Cummins (8th), Josh Hazlewood (9th) and Mitchell Starc at 15.