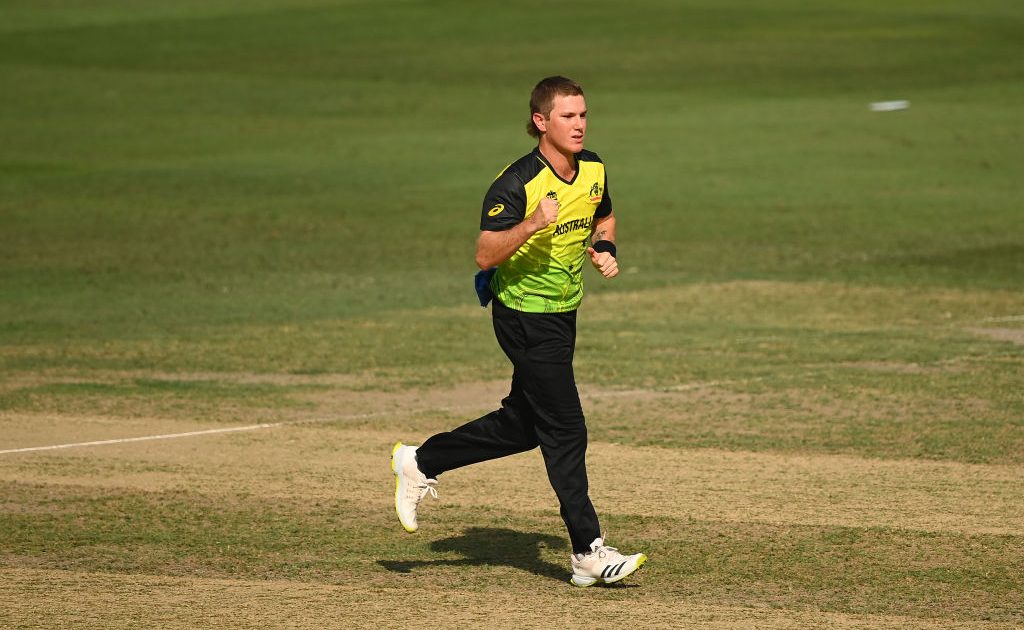 Adam Zampa took five for 19 as Australia rebounded from their T20 World Cup mauling at England’s hands with an eight-wicket thrashing of a subpar Bangladesh in Dubai.

England gave their old rivals an eight-wicket pasting at the same venue five days earlier but Australia were never in danger of a second successive Super 12s loss after an overmatched Bangladesh were blown away for 73 in 15 overs.

Leg-spinner Zampa twice took two wickets in an over en route to career-best T20 international figures and such a paltry target was never likely to present a problem, with Aaron Finch lacing four sixes in his 40 off 20 balls.

The Australia captain lost his off-stump aiming another big hit off express fast bowler Taskin Ahmed but by that stage just 16 more were needed and Mitchell Marsh and Glenn Maxwell got them home with 13.4 overs to spare.

Victory for Australia by such a commanding margin significantly boosted their net run-rate and saw them leapfrog South Africa to second spot in the standings ahead of the final group games, with both sides on six points.

They will guarantee a semi-final spot if they defeat the West Indies and then group leaders England maintain their 100 per cent record in the campaign by overcoming South Africa later on Saturday.

The rot set in for Bangladesh as early as the third ball as Liton Das was bowled via a thin inside edge by Mitchell Starc, with the Tigers lurching to 10 for three after wickets for fellow quick Josh Hazlewood and spinner Maxwell.

Mohammad Naim, one of only three batters to reach double figures, popped a catch to square-leg while Zampa was in business with his very first delivery as Afif Hossain’s drive off a googly took the edge and was snaffled at slip.

Shamim Hossain (19) and captain Mahmudullah (16) attempted to steady the course but the former’s dismissal, nicking off to Zampa, was the start of a grim procession for Bangladesh, who lost their last five wickets for just 11 runs.

It was the second successive game Bangladesh had failed to reach three figures, having been skittled for 84 by South Africa last time out, and put the Tigers on course for a fifth loss from five at this stage.

Taskin bowled with hostility at the start and while he beat the bat a couple of times, both he and left-arm seamer Mustafizur Rahman could do little to subdue Australia openers David Warner and Finch.

Finch, in particular, was in no mood to hang around and was going along at a strike-rate of 200 before he was castled, leaving Australia on 58 for one after five overs.

Warner was then cleaned up by Shoriful Islam for 18 off 14 deliveries but Mitchell Marsh (16 not out off five balls) got them over the line in style with a massive pull over deep midwicket for six.