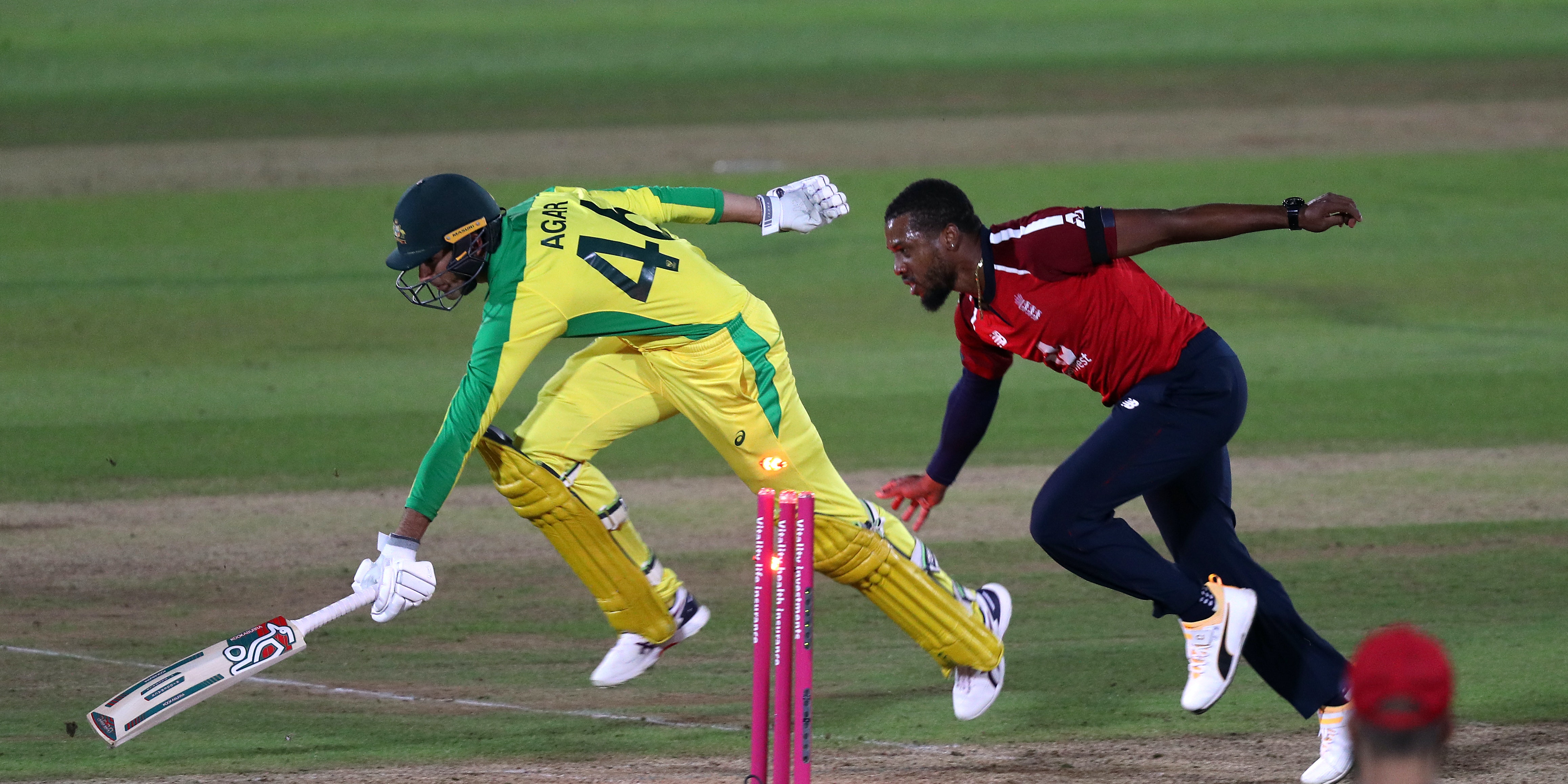 Pat Cummins has acknowledged Australia must improve when chasing after they let slip a commanding position against England to lose by two runs in Friday’s Twenty20 series opener at the Ageas Bowl.

With captain Aaron Finch and David Warner going well at the crease, the number one side in the sprint format looked on course for another victory.

But from 124 for one, Australia lost four wickets in the space of 14 balls for just nine runs and Marcus Stoinis could not get them over the line.

Friday’s defeat was only their second from their last 12 T20I, but the other in February also occurred when they failed to chase successfully with South Africa able to defend 159 in Port Elizabeth.

“We should be winning just about every game when we are in that position,” vice-captain Cummins said.

“I thought for 80 or 90 per cent of the game we played really well and we were on top. It was probably just the last third of the batting innings, we let it slip with a few wickets.

“I felt at times we were only two boundaries around from the game being finished in about the 15th over. It is a shame and something we have to try and get better at, it has happened a few times.”

Even when Jofra Archer returned to dismiss Finch and Warner in quick succession, after the pair had put on 98, Australia remained on top.

Adil Rashid’s double-wicket over on his way to two for 29 also boosted England’s chances, but they were indebted to more death bowling heroics from Chris Jordan.

He conceded only four off the penultimate over of Australia’s innings and it meant Tom Curran had 15 to defend, which he managed despite a maximum from Stoinis off the second ball of his over.

Cummins added: “They bowled really well and showed their class, TC and CJ are two of the best death bowlers in the world and do it all over.

“You saw yesterday they nailed their skills under pressure and certainly didn’t make it easy for us so you have to acknowledge some really good bowling.

“And (Mark) Wood and Archer are class bowlers as well. I haven’t really heard any of the boys speak about the novelty of facing them so I probably can’t make a comment.

“It was high quality cricket and I thought the whole game was played really well with some good fielding, bowling and class batting too.”

This was the first meeting between the teams since the Ashes last summer and while losing to England always hurts, Cummins conceded Friday’s tight defeat does not sting as much as it does in red-ball cricket.

“It is the first of three so the series is still alive,” the Australia fast bowler insisted.

“I don’t think it is the same as losing an Ashes Test. To give it some context, we are desperate to win and love playing against England and it is even better when we win, but first of all it is great to be over here and playing.

“We are really grateful for the opportunity and all the work that has gone in to get us over here.”

A big difference compared to last summer for the Australians is the lack of fans meaning Warner and Smith in particular will not experience booing.

The coronavirus pandemic means the next two T20 internationals on Sunday and Tuesday, plus the three one-day internationals at Emirates Old Trafford, will be played without a crowd.

“It is certainly different being over here in England and not hearing some of the songs,” Cummins admitted.

“For sure was strange. I guess we know what we are all signing up for but until (Mitchell) Starcy bowled that first over and you could hear a pin drop, it was weird.

“After a couple of overs we got into it but it was just odd that unless we create noise out in the field, there is absolute no noise out there.”