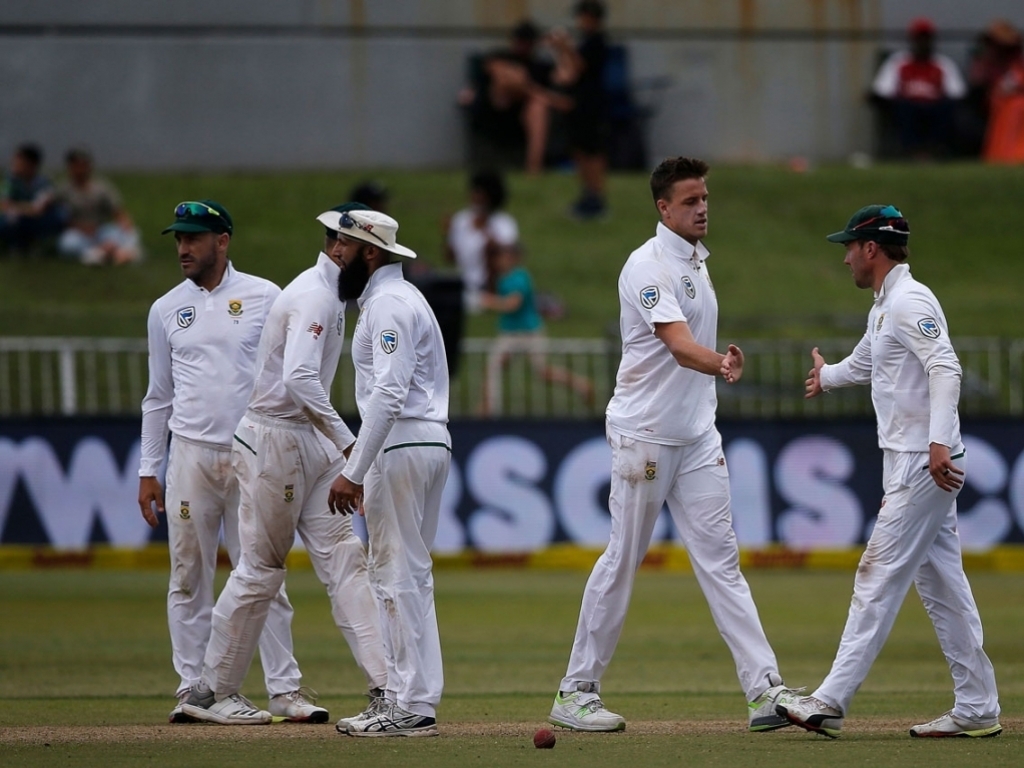 Fast bowler Morne Morkel took three of the six wickets he needs in his final Test series to join the 300 club as the Proteas made a creditable fightback on the third day of their series opener against Australia at Kingsmead in Durban on Saturday.

On another day shortened by bad light Morkel, took three for 42 in 13.4 overs to take his career total to 297, while spinner Keshav Maharaj clinched three for 93 in 28 overs to give him eight dismissals in the match. AB de Villliers had another busy day in the slips and has now taken five catches in the match.

The pick of the bowlers was arguably Kagiso Rabada, who was both economical and penetrative in taking two for 28 in 13 overs.

The ninth wicket fell to part-time spinner Dean Elgar who has remarkably dismissed Australian captain Steve Smith twice in his career as Australia reached the close on 213 for nine.

The visitors are nevertheless in an enormously strong position with an overall lead of 402 runs and, with two full days still to go, and, allowing for the uncertainties of bad light at this particular venue, they must still be the favourites to go one up in the series.

The Australians made a bright start to the day as David Warner and Cameron Bancroft put on 56 for the first wicket in only 13 overs but the Proteas still managed to take three wickets in each session, pulling Australia back by taking three for 63 in the second session and three for 38 in the shortened final session after the visitors had got away with 122 for three in the morning session.

Bancroft’s 53 (83 balls, 10 fours) was the only half-century of the day and it underlined the magnitude of the task facing the Proteas on days four and five.