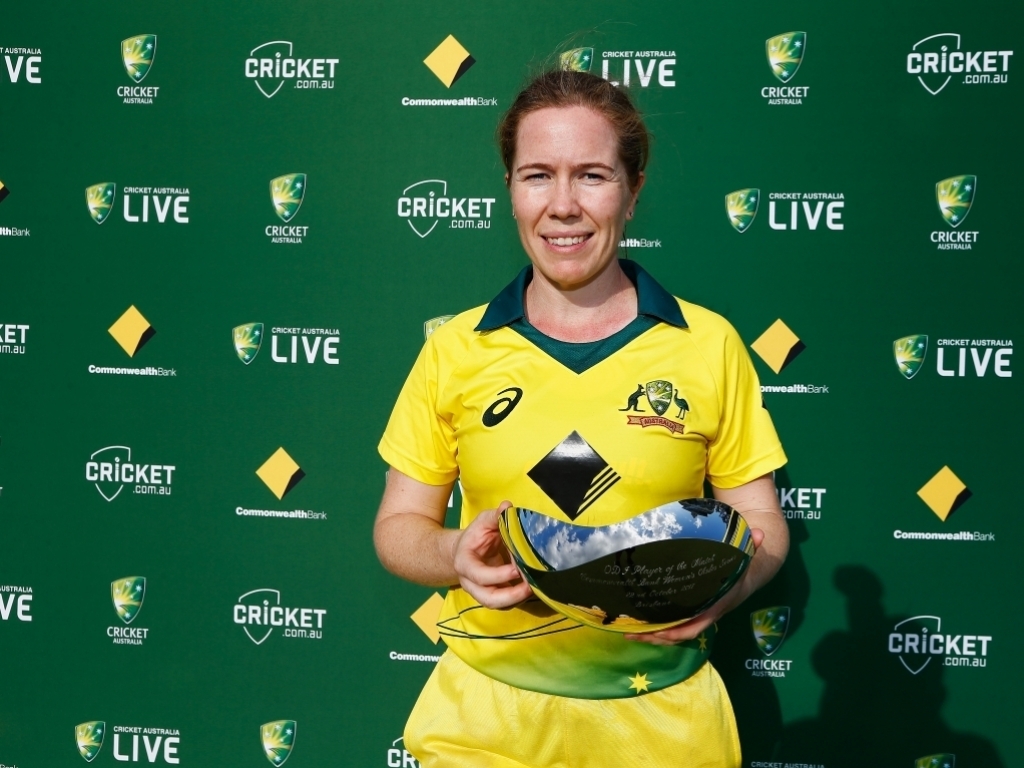 Australia women’s vice-captain, and most capped female player, Alex Blackwell has announced her retirement from international and State cricket.

The 34-year-old Blackwell said she will still continue to captain the Sydney Thunder in the Women’s Big Bash League (WBBL).

Blackwell told Cricket Australia’s website: “I think it’s really nice to be able to finish at a time when I feel my game has never felt stronger.

“I also become increasingly interested and excited about the opportunities that lie ahead, that may require my playing days to wrap up.

“[Retirement] probably creeps into your mind well in advance of the moment. The decision to retire was final in this season, I’m happy about that decision and excited about the opportunities again.”

Blackwell compiled 5250 runs batting in the middle order for Australia in the Test, T20 and ODI arenas, becoming just the fourth Australian to pass 5000 runs in a career that spanned more than 14 years.

Cricket Australia CEO, James Sutherland said: “Alex has been a wonderful servant to Australian Cricket, and a tremendous leader both at national and international level, and we congratulate her on an outstanding career that has spanned more than 16 years.

“She was a talented cricketer – a fierce competitor, hard-working and far more often than not, a winner – Alex played an instrumental role in the dominance of both the Australian and New South Wales teams over the last decade.

“Having reinvented herself in the shorter formats of the game in more recent years, Alex leaves the game as Australia’s most capped female player, having become the first Australian woman to play 200 games for her country, and sitting second and third in terms of runs scored in the T20 and ODI formats for Australia.

“We are very lucky to have had Alex and her twin sister Kate both represent Australia over a period of time, with the pair playing in many winning teams together at national and state level for New South Wales.

“There’s no doubt Alex will be missed but she should be incredibly proud of what she has achieved and the way she has competed on all stages, and we wish her all the best for the future ahead”