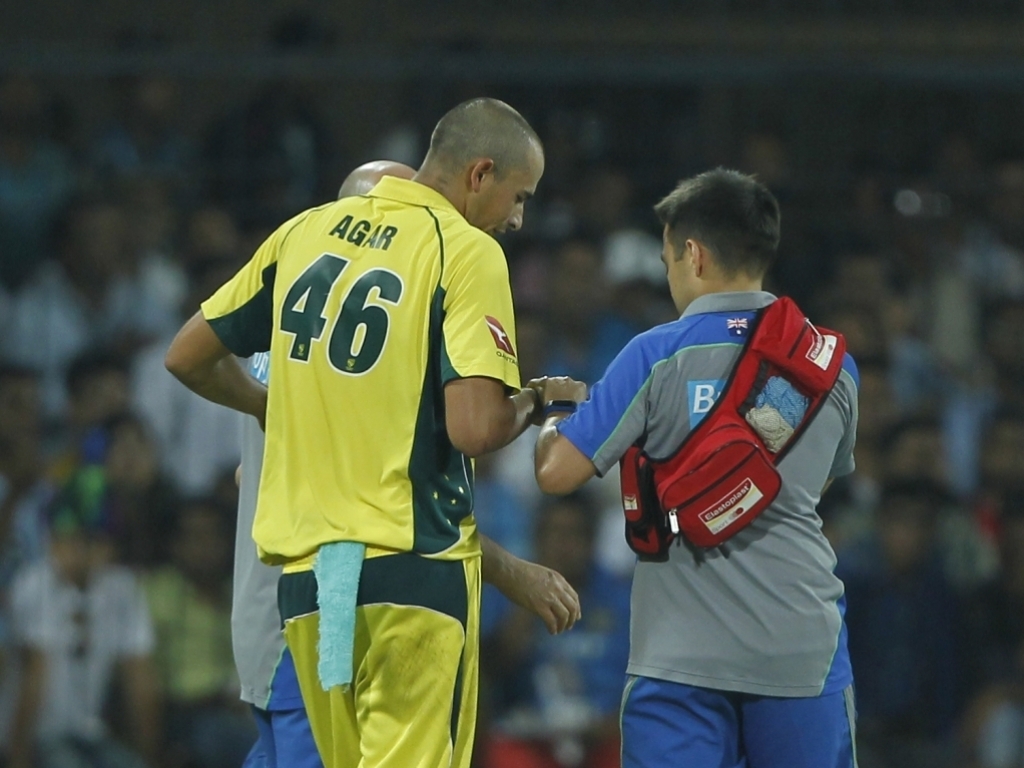 Cricket Australia have confirmed that spinner Ashton Agar will return home from the tour of India with a broken finger.

The left-arm spinner fractured his little finger on his right hand while fielding in the third ODI in Nagpur on Sunday, which India won to take an unassailable three-nil lead in the five-match series.

A timeline for when the 23-year-old will return to the field has not been established but he could be sidelined for the start of the domestic season with Western Australia.

Australia team doctor Richard Saw said: “Ashton injured his right little finger whilst fielding in the match last night. Following the conclusion of the match he went for x-rays which have confirmed a fracture of the finger.

“He will return home to Australia and consult a specialist with a possibility of surgery.”

The Australian management have advised that Agar will not be replaced in the squad for the remaining two ODI matches.