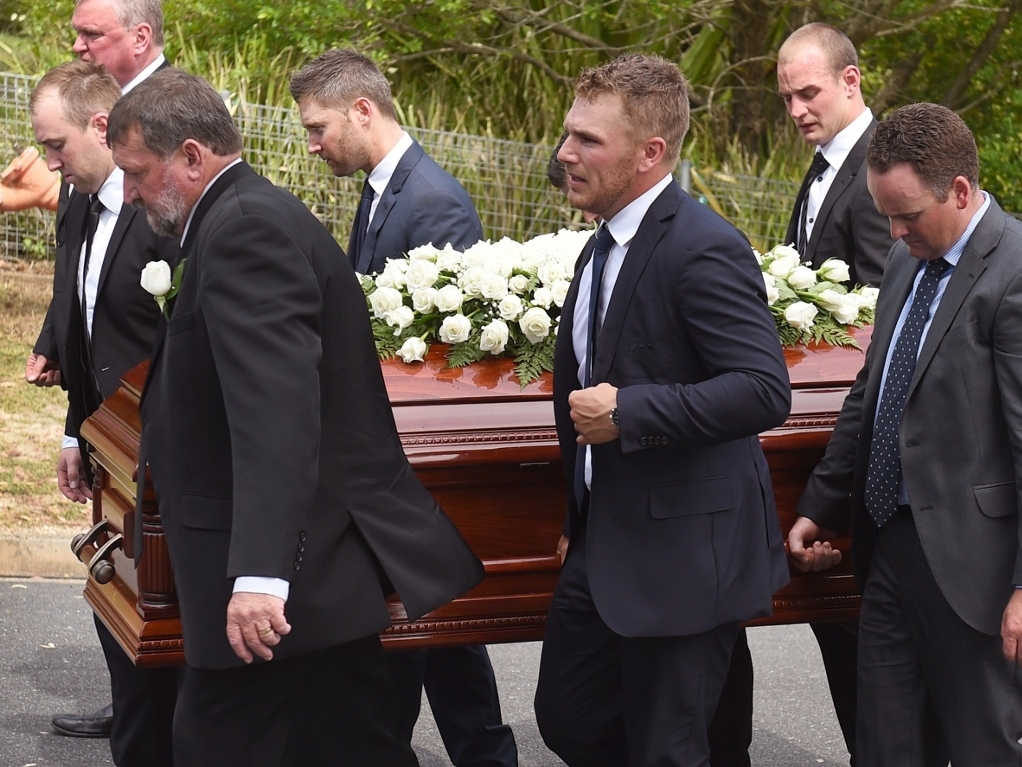 Australia batsman Phillip Hughes was laid to rest in Macksville, his home town, on Wednesday, as the cricket world watched his family, friends, and team-mates say goodbye to the talented batsman.

Hughes died on 27 November, two days after being struck on the neck, below his ear, by a bouncer in a Sheffield Shield match at the SCG. The injury caused a rupture in his artery in his neck, and he never regained consciousness.

The entire Australia Test squad, as well as players from around the country, were in Macksville for the funeral, with skipper and best friend Michael Clarke one of a few close people to delivery speeches, prayers and eulogies.

The service was broadcast live on Australian TV, as well as at a live screening at the SCG, where members of the public had been invited by the government in Sydney to pay tribute to 'Hughesy'.

Cricket Australia chief James Sutherland said: "Ever since Bradman, the image of the innocent country boy playing in the back yard, while dreaming of wearing a baggy green cap, has become entrenched in our psyche. It's our foundation myth as a cricketing nation.

"And Phillip loved that dream. The bonds of mateship have been on display from that awful moment Phillip was injured when former team mates rushed to his side.

"It tells us about those who knew him best and what they felt for him. His journey from the back yard to baggy green cap 408 personified the Australian cricketing dream.

"Phillip's joy in playing his natural game was evident to all. That pair of centuries in his second Test in South Africa will be an abiding memory for a whole generation of fans."