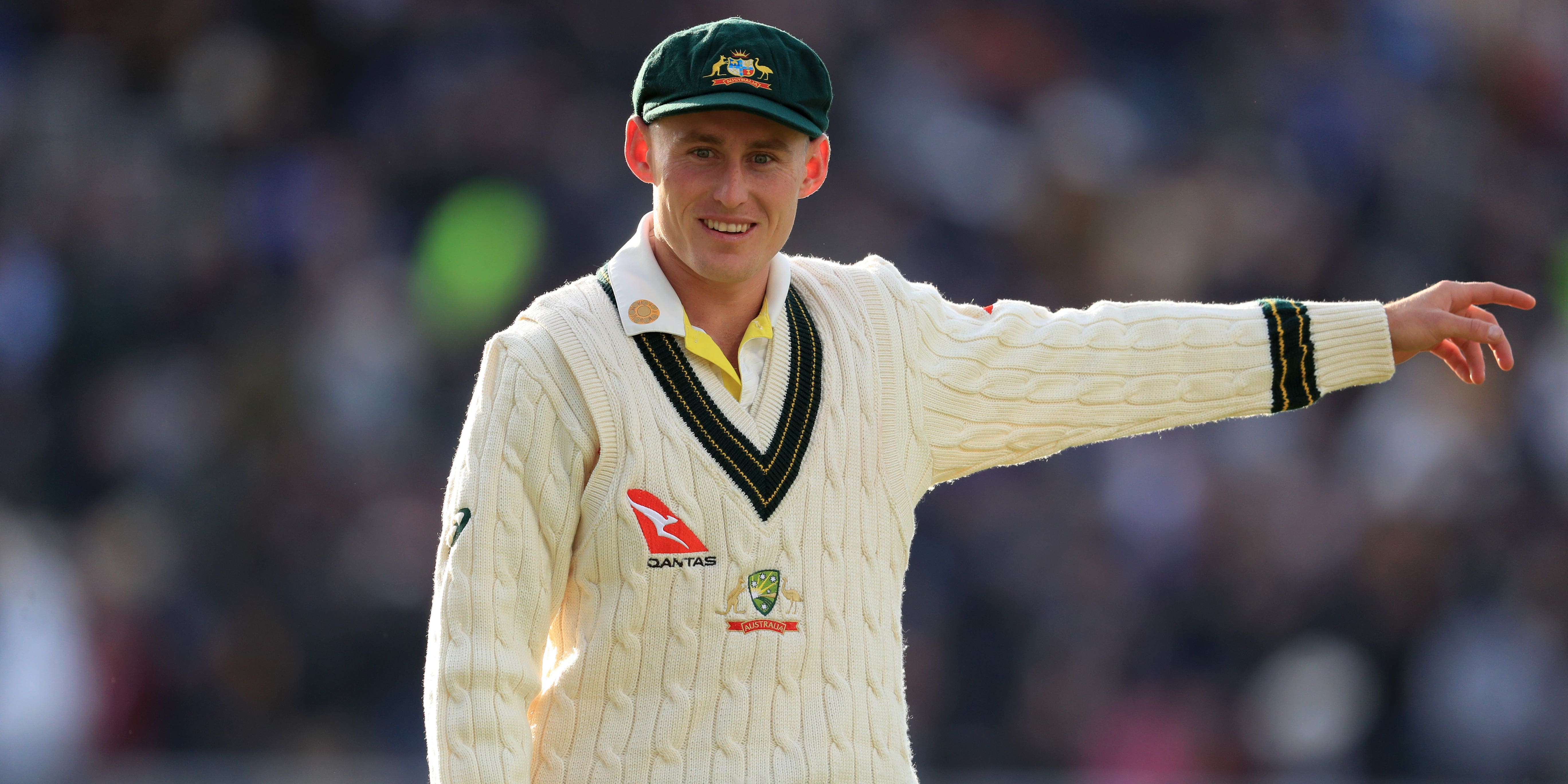 Marnus Labuschagne is unfazed by the prospect of England supplementing their bowling line-up with additional firepower this winter, insisting Australia’s batsmen will have ideal preparation in the shape of their own pacemen.

England will head Down Under in a bid to regain the Ashes and seem poised to select express quicks such as Mark Wood and Jofra Archer, fitness permitting, on the traditionally faster and bouncier Australian pitches.

Yet Labuschagne is convinced he and his fellow batsmen will be able to withstand whatever comes their way because they will be facing the likes of Mitchell Starc, Pat Cummins, Josh Hazlewood and James Pattinson in practice.

“I get hit in the head heaps,” Labuschagne said, when reflecting on his 2019 battle with Archer. “It’s just part of the game. I try and get out of the way, sometimes you can’t and you take it on the head and you move on.

“I certainly think he’s a class bowler, he’s very good and it’ll be exciting to see him. I think everyone’s looking forward to seeing him – running in, in Australia, it’s going to be a great challenge. He’s got a few hurdles to jump through before then, though.

“But we’re playing in Australia, aren’t we? We’re very used to pace and bounce, We’ve got the likes of Pat Cummins, Mitchell Starc, James Pattinson running in at us all day, every day in the nets.

“We’ll be well rehearsed for any of the quick options that England have.”

Labuschagne had been in and out of the Australia side in the 12 months before the 2019 Ashes but was called up after some impressive form for Glamorgan, where he amassed 1,114 County Championship runs at an average of 65.52.

He has gone on to establish himself in Australia’s Test team since then and is now back for a second stint in South Wales, where he recently set a new benchmark for a record Glamorgan second XI score with 276 off 268 deliveries.

While there is still around five months until the Ashes is scheduled to get under way at his home ground of the Gabba, Labuschagne thinks the anticipation is already building.

“It’s going to be exciting, that’s for sure,” he said. “I can’t wait for the Ashes and I’m sure the English public and the Australian public cannot wait. It’s always a great duel.”

However, Labuschagne, who was speaking at a Chance to Shine event, is adamant he has not allowed his mind to drift towards the feelings he will have when he steps out in Brisbane for his first Ashes experience on home soil.

“I haven’t, to be honest, and maybe it’s something I need to start doing now, I reckon,” Labuschagne said.

“It’s going to mean a lot. I’ve played in one Ashes series so far and it was probably one of the best series that have been played in a long time.

“I’m very excited for it, especially as – as far as I know – the first Test is at my home ground of the Gabba which is a place we love playing.”

England have adopted a policy of rest and rotation in recent months to cope with a bulging international schedule further complicated by the heightened restrictions caused by the Covid-19 pandemic.

Test captain Joe Root said a couple of weeks ago he hopes the controversial approach can be “put behind us” heading into assignments against India this summer and then Australia, and Labuschagne expects that will be the case.

“All rest and rotation policies go out the window when it’s the Ashes,” Labuschagne added. “It’s about winning, it’s about who’s your best team for that game. I think both sides will have that view.

“I don’t think there’s any rest and rotation, each Test match is just as important as the next so it’s just about putting the right combinations on the field.”

:: Yorkshire Tea works with the charity Chance to Shine to help young people play, learn and develop through the game in schools and communities. This summer, donations to Chance to Shine are being matched by Charity Patron Adrian Beecroft. Please support today atchancetoshine.org/donate