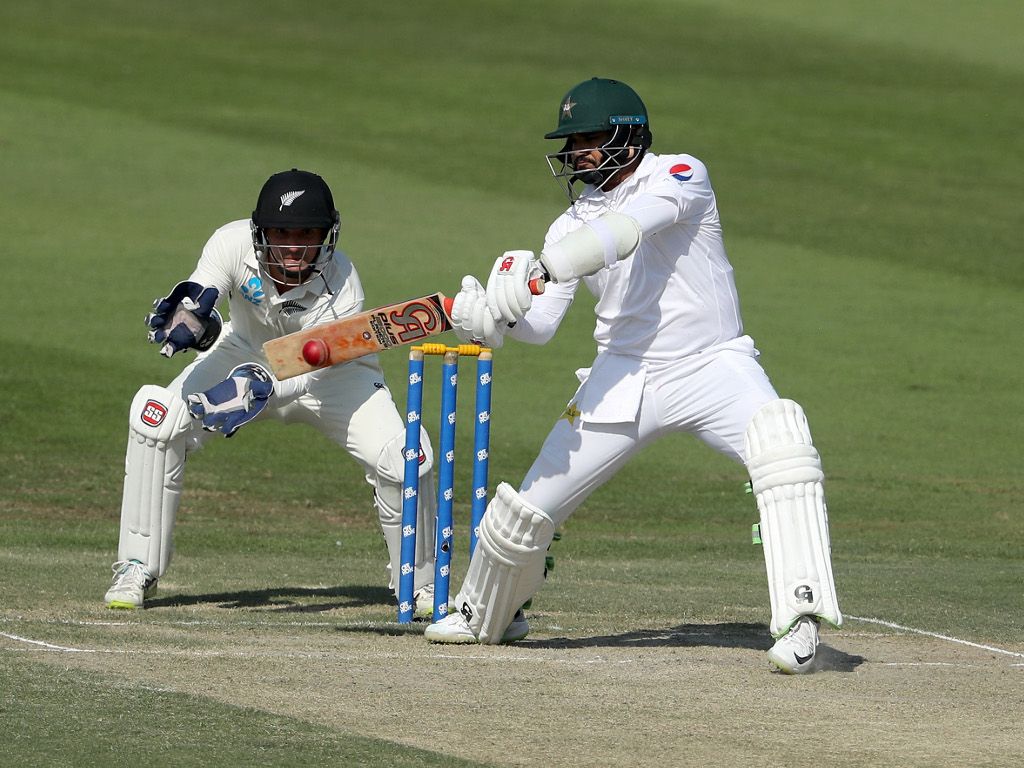 Azhar Ali was one of two centurions that helped Pakistan to a decent 74 run first innings lead that could have been much more if it wasn’t for debutante William Somerville.

The off-break bowler would pick up 4/75 at a superb economy of 2.08 as Pakistan capitulated in the afternoon, loosing their last seven wickets for just 62 runs.

Pakistan managed two wickets before the close of play, leaving New Zealand 48 behind with eight wickets in hand

It was an inauspicious start to day three for the Kiwis, as the hosts would pile on 147 runs before finally getting a breakthrough. At 285/3, it seemed Pakistan would comfortably eased to a 100 lead but New Zealand spinners William Somerville and Ajaz Patel turned the tide.

Ali and Shafiq had put on 201 together when the former went for a sweep shot and miscued it to short fine leg for a well played 134, handing Somerville his maiden test wicket, and a big scalp at that.

Somerville was well backed up by Ajaz Patel, who picked up Shafiq for 104, trapping him leg before with an arm ball to make it 304/5.

The spinning duo continued after tea, with Somerville picking up his second after Babar Azam missed a full one and the ball clattered around his boots before finally hitting the stumps.

Somerville then picked up two more wickets and there was a disastrous run-out where Yasir Shah lost his shoe, leaving Pakistan all out for 348.

This left a testing 14 over spell for New Zealand to face, and challenging it was. Right from the get go, debutante Shaheen Afridi looked dangerous with the ball and was rewarded in his second over. The seamer angled one in and the ball moved sharply off the deck, trapping Jeet Raval. The left-hander was given out lbw despite his belated review.

Pakistan then turned to Yasir Shah who baited a sweep shot out of Tom Latham, who lived to regret it as he top edged the ball to deep square leg. Play came to a close the following over with New Zealand 26/2 heading into day four.