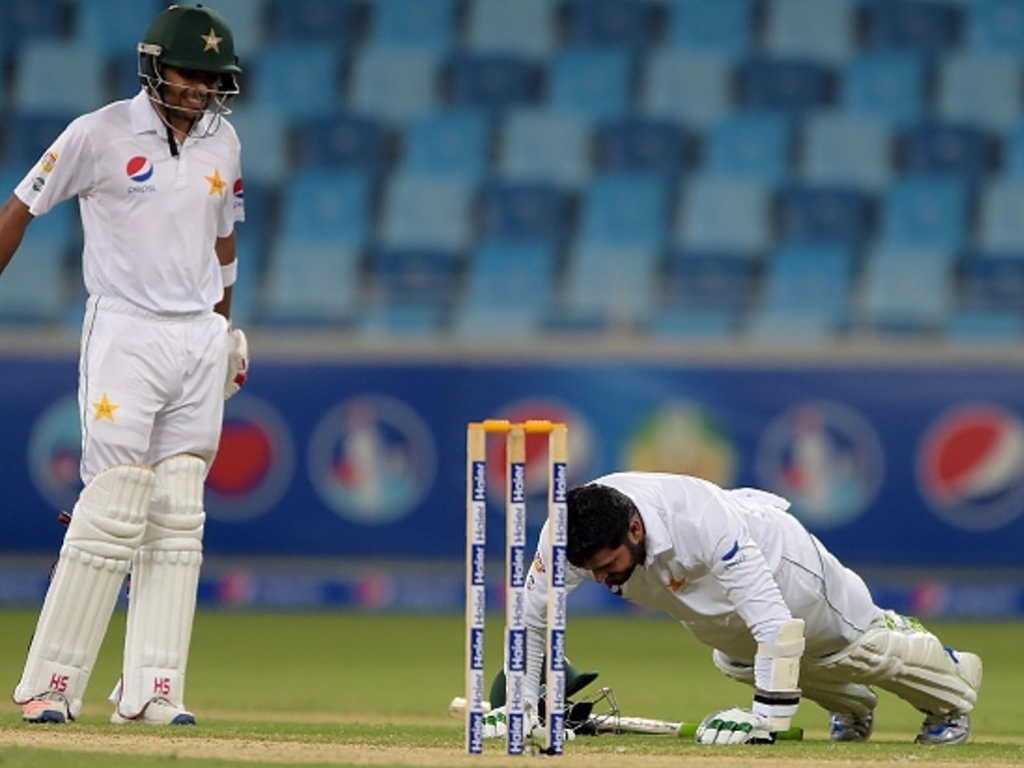 Pakistan batsman Azhar Ali’s joy at scoring a triple century was slightly dimmed by the fact that it came in the UAE, in front of empty stands.

Azhar became the fourth Pakistan batsman to score a triple when he recorded it in Dubai against the West Indies, in the countries’ first day-night Test.

But historic as it was, Azhar wished it could have been made in Pakistan, in front of his own fans… or any fans at all, given the dearth of spectators.

But it was not to be, as Pakistan have not played a home Test since 2009, due to security issues. the UAE has been used as a home base since then.

The batsman said: “If I had scored this at home, it would have been much better feeling and a better crowd would have made this occasion better.

“I would want to dedicate the innings to my parents and my country, who live cricket so much and support Pakistani cricket even through tough times when we can’t play at home.”

Still, he was delighted to join a relatively short list, and also passed 4000 Test runs during the knock as well.

He added: “I can’t really explain my feelings, the way the team and captain supported me through the last few runs, when I was nearing 300, it was exceptional from them.

“It is a great achievement and I will remember it all my life. It is a proud moment for me, those who have already scored triple-centuries have been exceptional and world-class players.

“I am still working hard on my game but getting on that 300 list is a proud moment for me.”