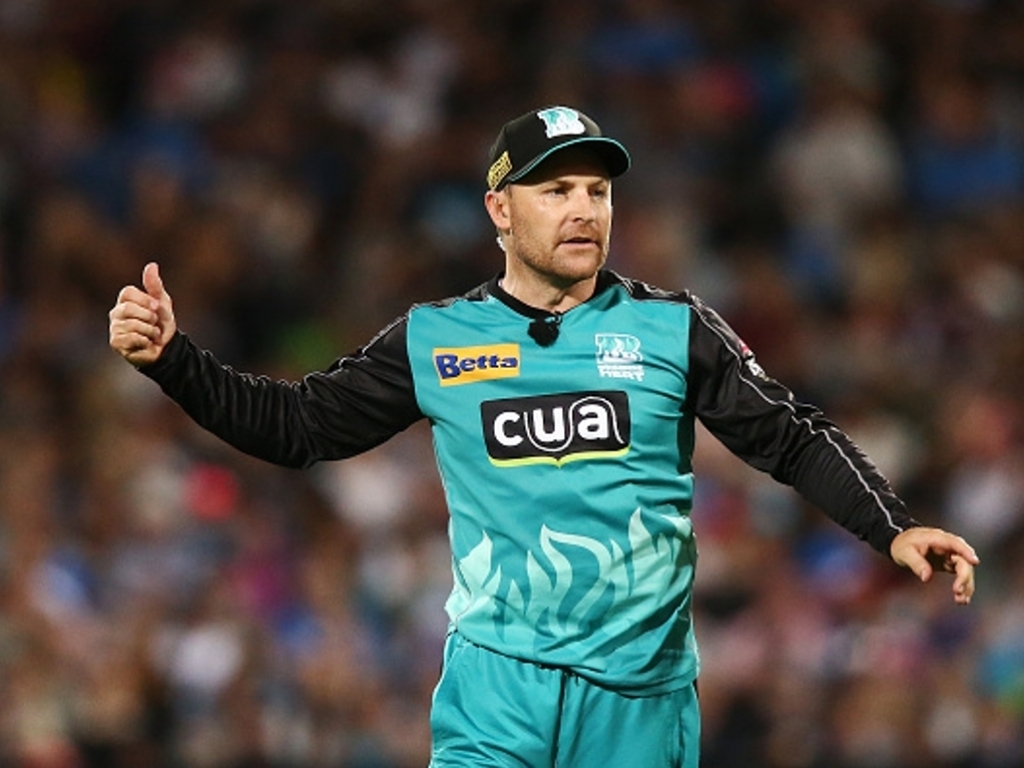 Brisbane Heat skipper Brendon McCullum has been suspended for his team’s clash with the Melbourne Stars as sanction for slow over rates during the loss to the Scorchers.

The Heat were six minutes behind on their over rate during the Perth outfits innings and as this was the second such offense of this nature in the BBL|06 campaign the former Black Caps skipper will be suspended for one match.

That match will be the Heat’s crucial clash with the Melbourne Stars with Joe Burns set to take over the captaincy for the meeting at the MCG.

Queensland Cricket Chief Executive Officer Max Walters said in a statement: “The Heat have shown that their style of attacking, exciting cricket really resonates with the fans and viewers all over the world and so it is disappointing for them that they will miss seeing one of the game’s best in action in Melbourne next week.

“It is a shame but we accept those are the competition rules we are playing under and reminds us that we can continue to improve in all facets of the game.

“We’re confident the team will give a good account of itself against the Stars and continue to play bright, attacking T20 cricket.

“We’re sure Brendon and the team will rebound from this setback and finish the competition strongly.”

The Heat management did not believe they have grounds for an appeal while McCullum felt they were punished for taking wickets.

McCullum commented on Channel Ten’s coverage of the game: “I think we were a little bit late today with it but it’s pretty difficult, you kind of get penalised for taking wickets.

“Overall, you’ve got 35,000 people turning up to every game, ultimately the product is going outstanding and we finished 10 minutes early any way.

“Let’s see what happens but hopefully I’ll be right for next game.

“I think there were some inconsistencies in that (the first over-rate penalty) but let’s wait and see.

“I hope not because I think we’re bringing a great brand of cricket to the table at the moment.”

The Heat have also lost big hitting Chris Lynn to ODI duty as he prepares to take on Pakistan for Australia.

The team have also been slapped with a $1000 fine for each player in the XI.