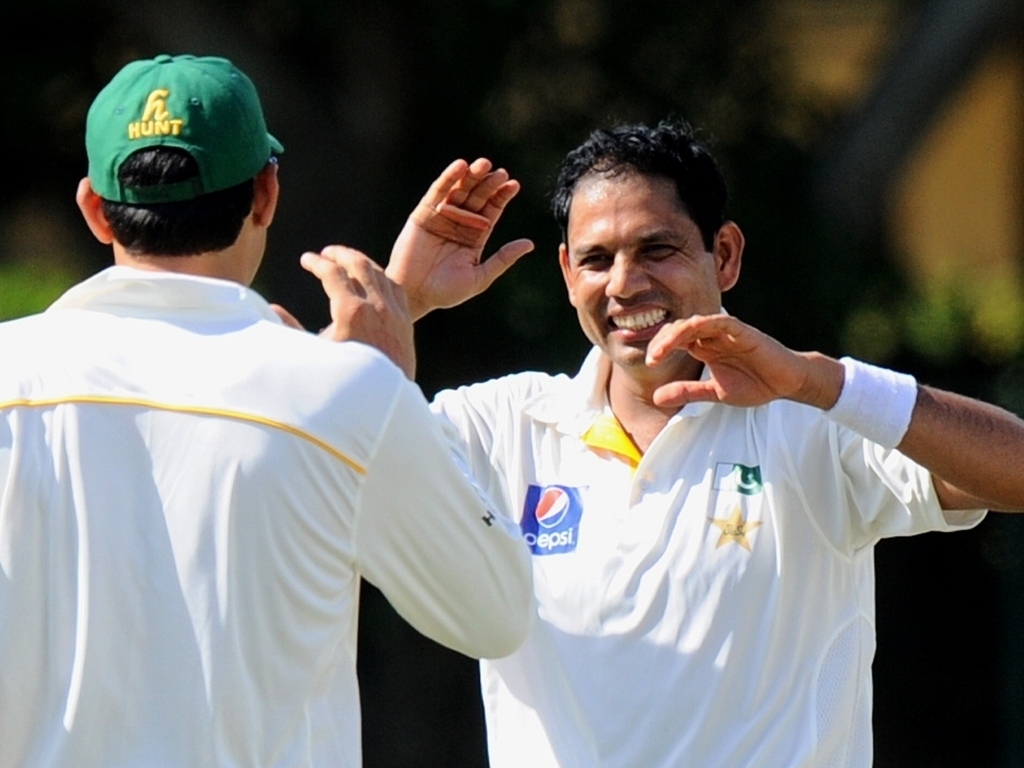 Pakistan spinner Zulfiqur Babar has been looking at footage of fellow veteran tweaker Rangana Herath to glean a few tips ahead of the first Test against Sri Lanka in Galle.

Babar, who is 36 and having a run in the side thanks to Saeed Ajmal's absence, has been a gem for the Pakistan side in recent months, and hopes his preparation and research about Sri Lankan decks will pay off.

Babar said of his net bowling tactics this week: "I was trying to do something different and I was following Herath's successful bowling against us last year (he took nine wickets in the Galle Test).

"I saw his videos and his wrist movement, and understood that he was breaking with the ball apart from his drift. So I intend to deceive the batsman in front of the three wickets by breaking it sharply, exactly what he has been doing."

Babar conceded that his age was against him, and that he could not afford to make mistakes. A younger bowler could get away with errors and come back from them, but he did not have that luxury.

He added: "Being in form is nothing but a phase when you are applying yourself in a proper way. "here are technical things involved and being human, you can't be consistent all the time. One bad day can distract you and you suddenly lose all confidence.

"You need time and I don't have it. I know I have to be at my best and avoid making mistakes. These days there are very few supportive pitches, but I have to be consistent.

"It's not like I am saying I will never make mistakes, which is not a fair thing to say. This is a game of cricket and mistakes tend to happen, but the teams that make fewer mistakes eventually win."

Captain Misbah-ul-Haq, who was bamboozled a few times by Babar in that net session, said he was delighted with the spinner's six-fer in the tour match in Colombo, and was confident he'd be able to replicate that.

Misbah said: "He got the rhythm and confidence we are looking for in a spinner. He bowled exactly how a captain expects his bowler to bowl on such pitches in Sri Lanka. I think we have a good future with these spinners."