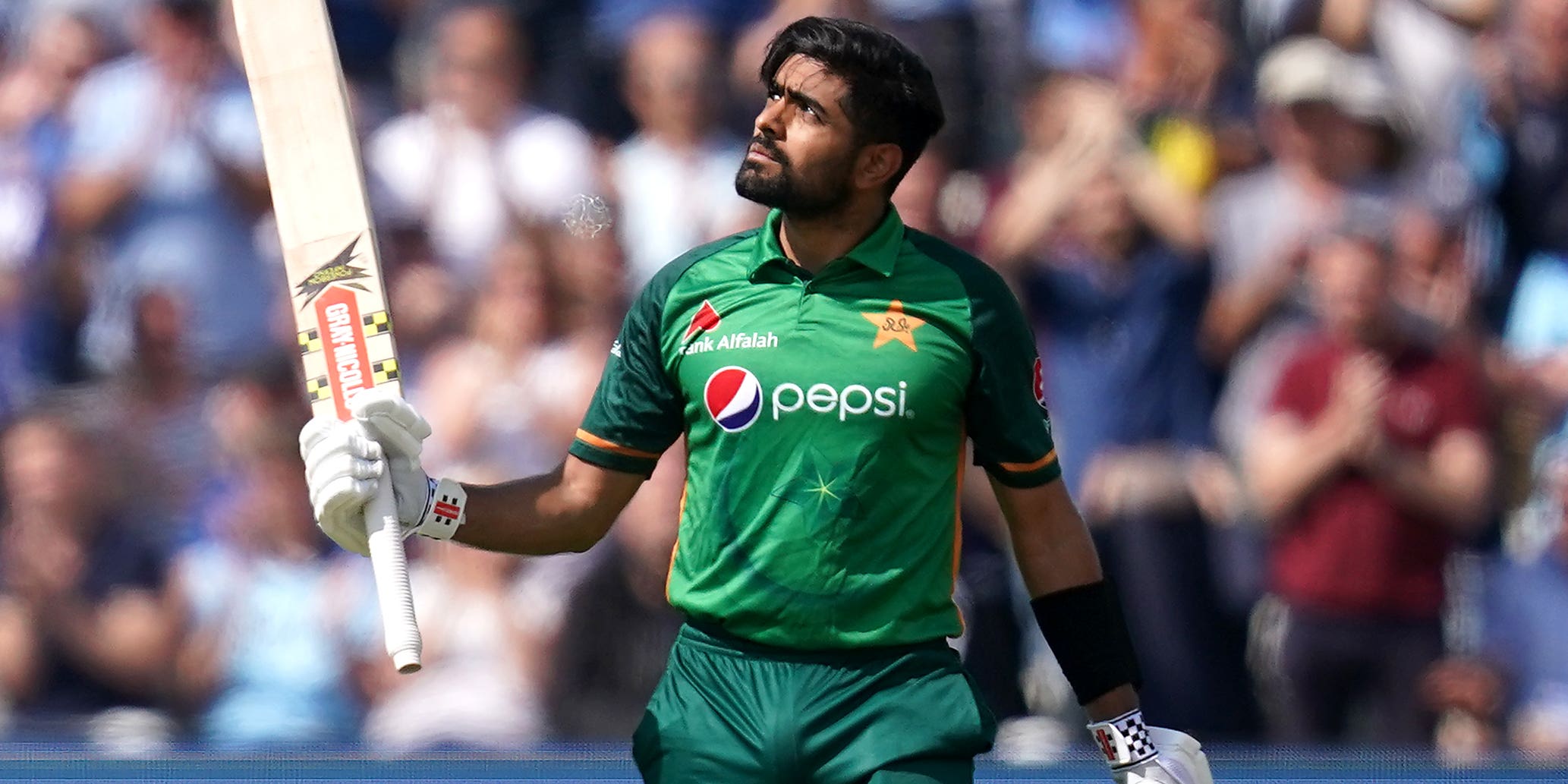 Babar Azam roared back to form with a career-best 158 as Pakistan posted a formidable 331 for nine in their attempt to avoid a clean sweep of one-day defeats to England’s second string.

The world’s number one batsman came into the third Royal London ODI at Edgbaston on the back of two cheap dismissals and took a ponderous 15 deliveries to score his first run of the day. But he timed his charge magnificently, helping himself to four sixes and 14 fours as he led a stand of 179 with the lively Mohammad Rizwan (74).

Babar arrived in the fifth over and left in the 50th, a masterful effort to raise his side’s spirits. England were put under pressure for the first time in the series and while they struggled for answers as Babar and Rizwan ran riot, Saqib Mahmood and Brydon Carse cashed in on some wild slogging at the end as six wickets tumbled in the last three overs. Carse was the chief beneficiary as he bagged five for 61.

Saqib, the standout player among England’s emergency XI in the first two games of the series, landed an early wicket by angling one across Fakhar Zaman and inviting a flashy edge that stuck in Zak Crawley’s hands.

Mahmood had dismissed Babar cheaply at Cardiff and Lord’s but was unable to make it a hat-trick, with the touring skipper resolute at the start of his innings. Having waited to get off the mark he eventually did so with a neat flick for four off Craig Overton.

For more than 21 overs Babar and Imam-ul-Haq opted for quiet accumulation, adding 92 at a slow enough rate to keep England relatively calm about the lack of chances created. It took something special from Matt Parkinson’s box of tricks to move things on, a drifting leg-break drawing the left-handed Imam out then ripping back hard into the stumps. It was a dream dismissal, with the CricViz analysts recording a massive 12.1 degrees of turn.

Pakistan may look back on that moment as a blessing, though, with Rizwan’s arrival raising their pulse almost immediately. He was a lively presence at the crease, scoring busily and unfazed when an inside edge off Parkinson popped out of John Simpson’s gloves.

Babar was re-energised, smashing Lewis Gregory for the first six of the day in the 29th over and using his feet to hammer Parkinson off his length with some big blows. His glorious timing was back now and no bowling change could put the shackles back on.

After taking 72 deliveries over his first 50, he needed just 32 more to convert his ton, getting there with a dominant pull and a muscular cut off Carse.

The Durham seamer put down Babar on 126 after he thumped Parkinson to midwicket, but made some amends when his bouncer had Rizwan caught behind for a valuable 74.

From there things happened in a hurry, with massive shots off almost every ball. Carse helped himself by bouncing out Sohaib Maqsood and Hasan Ali and tempting Shaheen Shah Afridi to mid-on. Moments earlier he got the big one in the final over, a rare Babar mis-hit picking out Crawley.

Mahmood also pumped up his figures, wrapping his concluding over with the scalps of Faheem Ashraf and Shadab Khan.