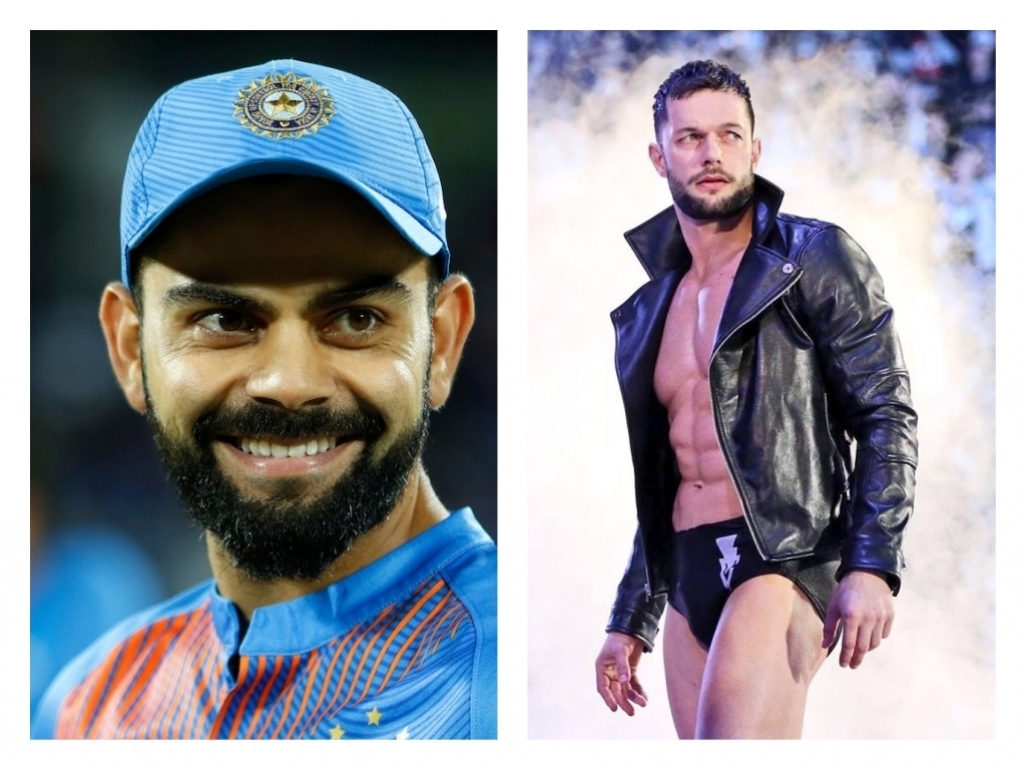 Few could dispute the fact that Virat Kohli is world cricket's biggest star and further evidence of his reach and influence has been revealed in the shape of glowing plaudits from Finn Balor.

The Irish WWE superstar is proud that his nation could soon be going toe-to-toe with India in Test cricket and has spoken of his admiration for Kohli.

Balor admits that his knowledge of the game is limited given the time he spends in the United States and Japan but he remains aware of Kohli's stature in the sport.

Speaking to India Today ahead of the WWE's visit to India in December Balor said: "Yeah! I'd love to meet the captain of the Indian cricket team. I think he is kind of badass and everything.

"You know, I'd actually love to play a practice match and if he could show me a few tricks and teach me the laws of the game which I missed out on. I think it would be fun to have a couple of rounds with him."

"I absolutely have no idea about the game, never seen much of cricket. I've seen a little bit on TV against Australia. I know Ireland have been doing quite well recently.

"I've been in Japan and America for the last 15 years, so it's not something I've had much of an opportunity to witness. But obviously I'm proud and would love to see Ireland and India in the future."

Like Balor's WWE character Kohli's competitive edge and temper have driven him to new heights and lead to polarizing opinions of the man who leads India.

Balor could almost be talking about the India skipper when he speaks of his 'Demon King' persona.

He said: "The 'Demon King' takes out a lot out of Finn Balor the man emotionally and mentally. I've been doing that for the last couple of months and Finn Balor created the 'demon', the 'Demon' doesn't need Finn. When the time is right the Demon will return.

"Split personality. That's his other side of the personality and sometimes he lets some frustrations go. There are a couple of things that have been pissing me off for the last couple of months, so I'm just letting those fly. Once 'The Demon' comes on, all systems go and I'm ready to kick ass."