Home Countries Australia Bailey: Get Faulkner and Marsh in same side

Bailey: Get Faulkner and Marsh in same side 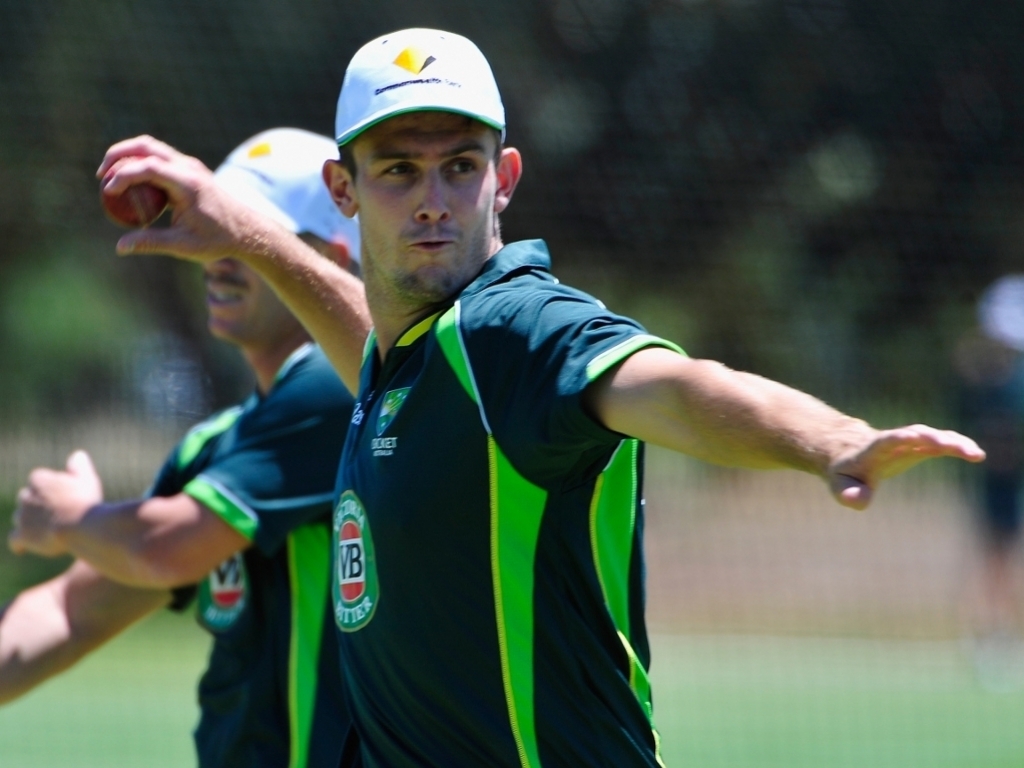 With Shane Watson having retired from Test cricket, the senior all-rounder spot has opened up, and batsman George Bailey feels Mitchell Marsh and James Faulkner are the ideal candidates to battle for that.

Marsh is the current all-rounder in the Test side, having replaced Watson after the first Test, while Faulkner is more considered a limited-overs player for now. He's not in the ODI side due to disciplinary reasons though.

Marsh has been laying claim to the position in the first two ODIs against England, making a gritty 40 not out in the first match, and then a swashbuckling half century at Lord's in the second. Bailey feels he is an ideal all-format player.

Bailey said of Marsh's knock in the first match: "It was really mature, and the flipside of that is when he's seeing the ball a touch better, like he was (at Lord's), he's crunching it.

"He's getting more and more confident with his body in terms of the way he bowls the ball – he takes key wickets for us – so he's becoming a really complete cricketer for us.

"He's a good thinker about the game and he's going to be a great leader."

Bailey, a former ODI and T20 captain for the Aussies, feels that Faulkner needs to work harder on being a more mature batsman, rather than a big-hitter, to lay claim to a top order spot, which will make room for both players in all sides.

He added: "As far as the two of them go, how exciting would it be if they can be playing in the same team in all formats? I think, going forward, that's going to be a great option.

"The challenge is laid down to Jimmy (Faulkner). I'm sure the selectors want a few more runs from him, to show that he can find a way to bat somewhere in that top six or seven.

"Certainly his bowling is good enough (for Tests), and for one-day and Twenty20 he fits in both of them comfortably."