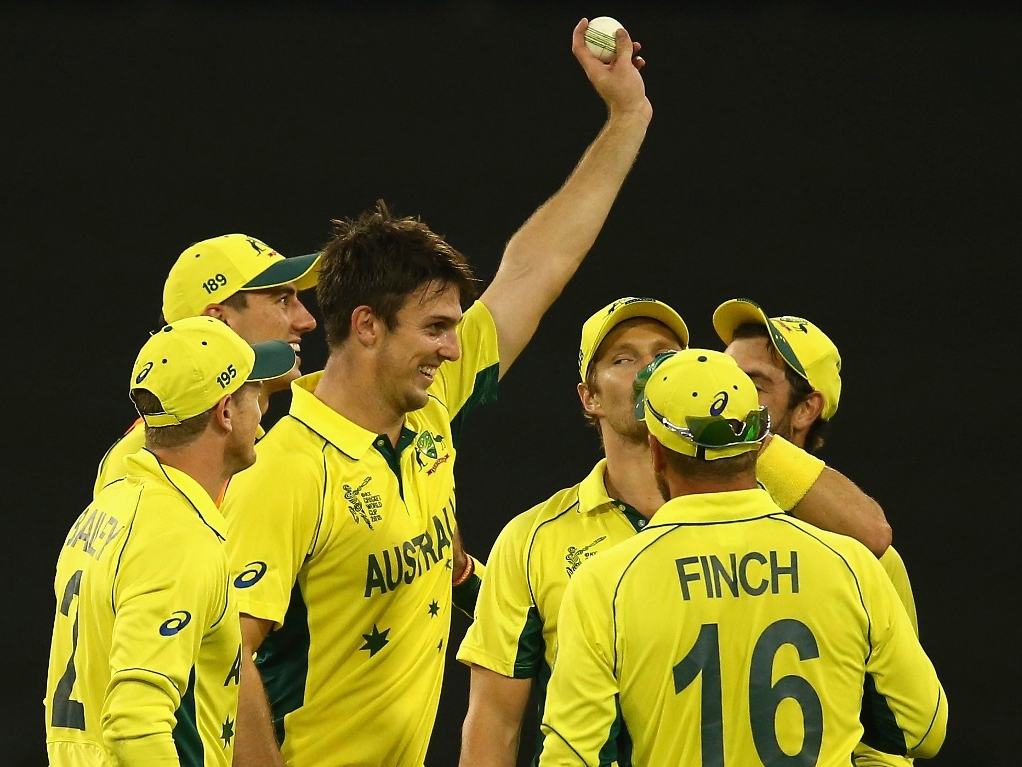 Australia stand-in captain George Bailey praised the efforts of opening batsman Aaron Finch and allrounder Mitchell Marsh, as the co-hosts got their World Cup campaign up and running with a comfortable 111 run win over Ashes rivals England at the MCG on Saturday.

Man of the match Finch struck a superb century, scoring 135 off 128 balls, to help the home side recover from 70 for three to post an above par score of 340 for nine in their 50 overs, after England captain Eoin Morgan won the toss and decided to field.

Marsh then excelled with ball in hand, bowling accurately to claim a career best five for 33 from nine overs, as England capitulated to 231 all out.

Bailey said after the match: "We were very happy to bat first. There was a lot of anticipation, a big build-up, but we felt like we have a strong batting line-up and it was nice to get out there and use that track first.

"Aaron Finch rose to the occasion. That's what we're after from our top order. We want great innings and to turn them into match-winning knocks and that's definitely what we got today.

"Mitchell Marsh was outstanding, he broke the game open for us."