Bailey: Maxwell has been disappointing 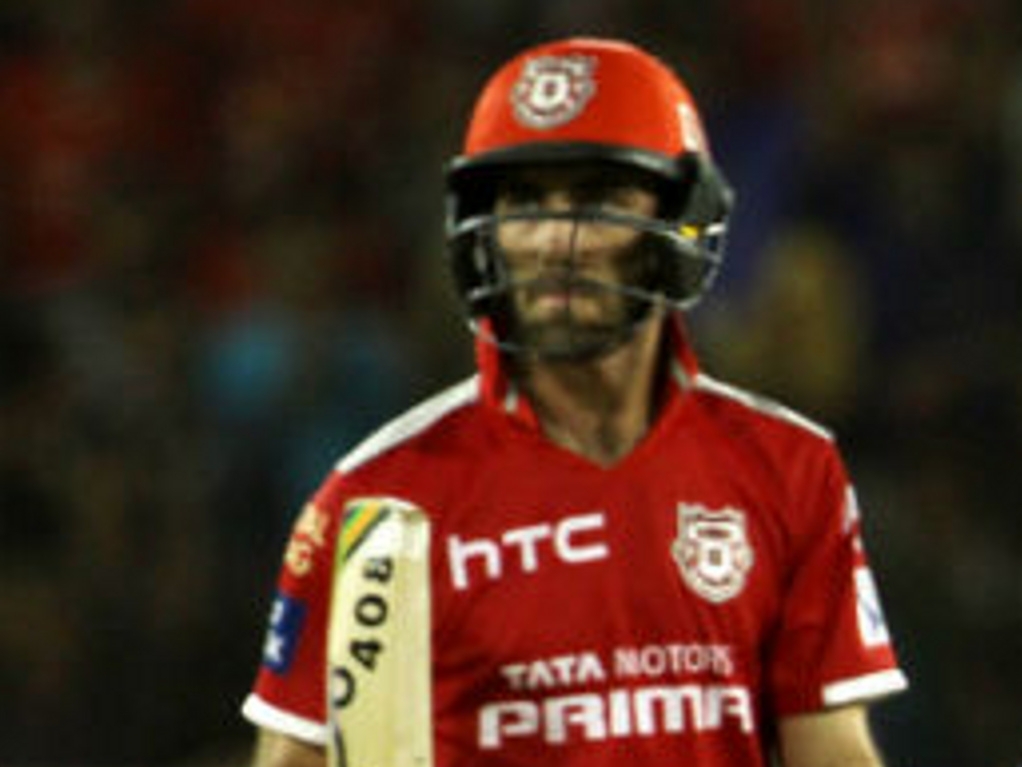 Kings XI Punjab all-rounder Glenn Maxwell has had a fairly disastrous IPL so far, taking no wickets and failing to reach double figures four times, and skipper George Bailey has expressed disappointment about it.

Maxwell had a decent World Cup for champions Australia, and last year was one of the most explosive batsmen for KXIP in their march to the final. But this year he has a top score of 33 in seven games, and the team are dead last.

Bailey said after his side's massive defeat to Bangalore on Wednesday: "He (Maxwell) absolutely has disappointed himself.

"The other thing about Maxy is that he plays a unique brand of cricket and sometimes it does not come off as we would like.

"He’s come from the World Cup and it took a while for him to adapt. Conditions are different in India and Australia."

"I think it is the outside world that puts more pressure on him rather than anything else. I am sure he will do far better in the coming games."

As for the team's performances, Bailey tried to keep his eye on improvement, adding: "We are disappointed but we have the team to turn it around.

"This is a unique competition. You can choose your teams and then go about it. We have not got the right combination.

"It can happen to any team. Look at Delhi, they did not do well last season but this year they have done better.

"There is still plenty to play for and we hope to still make it."