Bailey OK after being ‘hit in the face by a truck’ 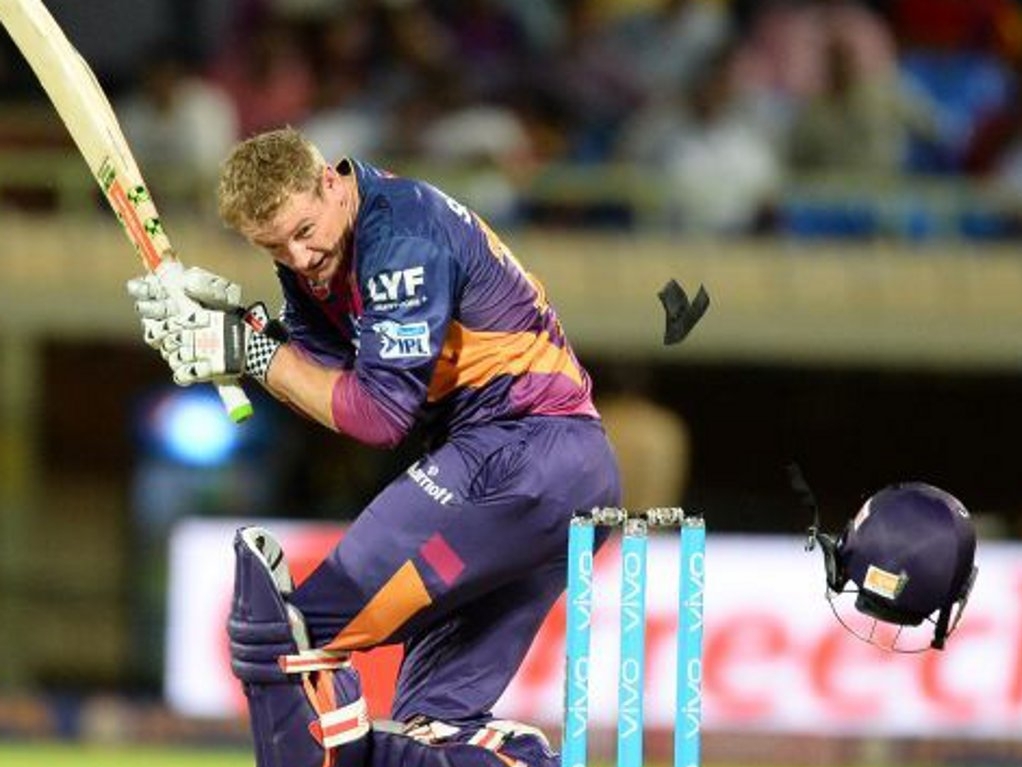 Rising Pune Supergiants batsman George Bailey is none the worse for wear after being smashed in the helmet grille by a Nathan Coulter-Nile delivery in the IPL on Tuesday.

Bailey was batting during Pune's successful chase against the Delhi Daredevils when the incident occurred. NCN bowled a bouncer, and Bailey caught a top edge that flew into his helmet, sending the protective headgear flying.

The helmet, one that conforms to the new standards required by nearly all international players, went flying off Bailey's head and close to the stumps, but otherwise the batsman was unharmed.

Bailey said afterwards: "Those watching on TV got a better picture than I did, because all I sort of remember was it was like getting hit in the face by a truck.

"It was pretty quick. I was quite glad to have one of the new helmets on."

The quip about the helmet being the correct one is relevant now as England prepare to play against Sri Lanka in a Test series. England skipper Alastair Cook was recently reprimanded for refusing to wear the new lid.

All players in England must wear it, but Cook opted not to while playing for Essex, saying he didn't like how it fit. But after being told he would not be allowed to play otherwise, he gave in for the next game.