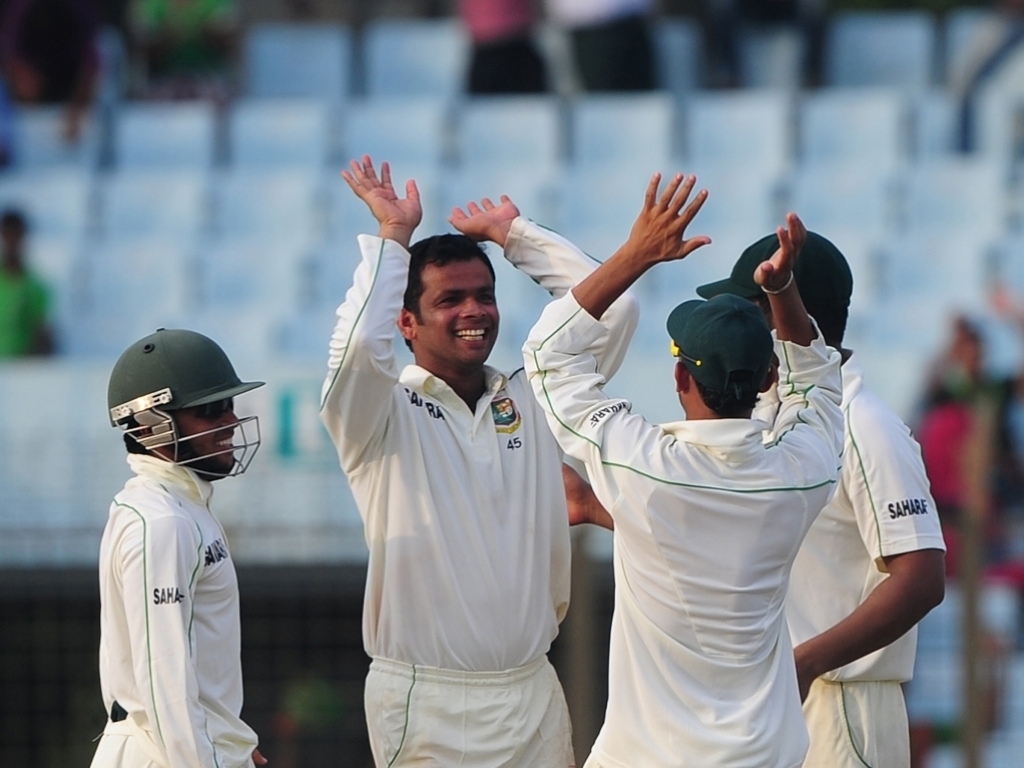 Bangladesh have added left-arm spinner Abdur Razzak to their squad for the first Test against Sri Lanka, starting on Wednesday in Chittagong.

The 35-year-old Razzak has not played in the longest format for three years, with his last appearance coming against Sri Lanka also in Chittagong in 2014.

Razzak was added to the 16-man squad after star allrounder, and new captain, Shakib Al Hasan was ruled out for the first game of the two-match series after picking up a finger injury in the tri-series final that Bangladesh lost on Saturday.

Another left-arm spinner, Sunzamul Islam, and allrounder Tanbir Hayder also joined up with and extended 16-man squad that includes 17-year-old slow-bowler Nayeem Hasan, who recently competed at the U19 World Cup.

It is difficult to see why Razzak has been recalled as he has a modest Test record – having taken 23 wickets in 12 games at an average of more than 67, and the Tigers selectors clearly giving younger players an opportunity.

Razzak did though take 20 wickets in three matches in a recent first-class tournament and in the process became the first Bangladeshi player to take 500 first-class wickets.

Chief selector Minhajul Abedin said: “It is not easy to find a replacement for Shakib. We need someone experienced to replace him. Sunzamul has yet to play any test, so we recalled Razzak.”